Presentation on theme: " Many laws were “common law” (unwritten and thought to be understood)  Many rights were abused during WWII, so after the War, rights were written down."— Presentation transcript:

1  Many laws were “common law” (unwritten and thought to be understood)  Many rights were abused during WWII, so after the War, rights were written down.  1945 John Diefenbaker tried to get rights made into law, but he was defeated by the MPs  When he became PM, Parliament passed the Canadian Bill of Rights on Aug. 10, 1960.

2  The Canadian Bill of Rights still had some much needed adjusting, especially when it came to equality rights. It was easy to change because it was only a federal statute.  Pierre Elliott Trudeau fought for a “just society” and greater rights. He was largely responsible for the Constitution Act, 1982.  The Canadian Charter of Rights and Freedoms is thought to be the most important part of the Constitution Act. The rights and freedoms in the Charter are entrenched (a part of the constitution). This make the Charter very difficult to change.

3  The Charter states that anyone whose Charter rights have been infringed (violated), may “apply to a court...to obtain such a remedy as the court considers appropriate and just”  The rights and freedoms do have limits. The reasonable limits clause says that laws can limit rights if it “can be demonstrably justified in a free and democratic society” ex: you have the right to free speech, but not the right to spread lies or hurtful statements that could injure another

4  The purpose of the Charter is to limit the power of the government  The Supreme Court of Canada (most powerful) plays an important role in interpreting Canadian values and beliefs, because rights are written in general terms, and they can make decisions based on individual rights and the needs of a community.  Many feel the nine Supreme court judges have too much power and are undemocratically appointed by the PM and not elected.

6  This clause came into effect because the provinces and territories feared the federal government would have too much power over them  The clause allows provincial and territorial governments to enact legislation in spite of the fact, or “notwithstanding”, that it may violate the Charter  Rarely used, however, in 1988, using the notwithstanding clause, the Quebec government passed a bill allowing Quebec to have French only signs

Download ppt " Many laws were “common law” (unwritten and thought to be understood)  Many rights were abused during WWII, so after the War, rights were written down." 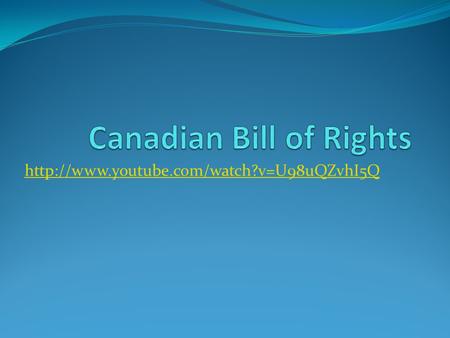 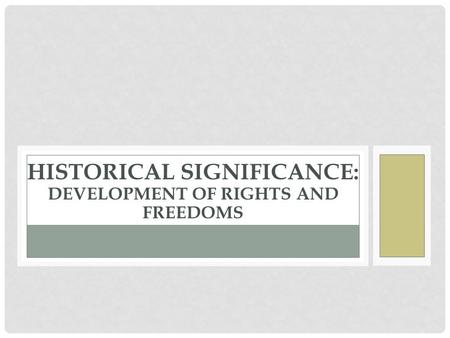 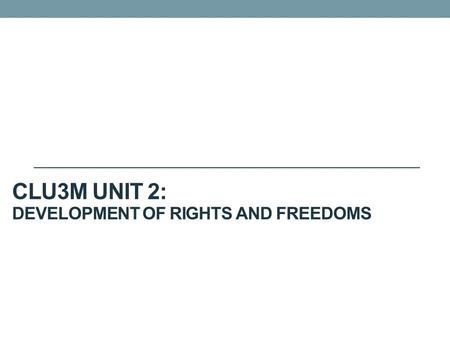 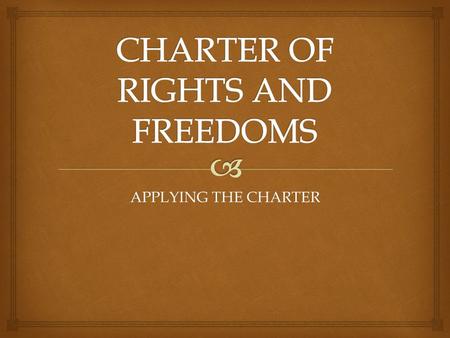 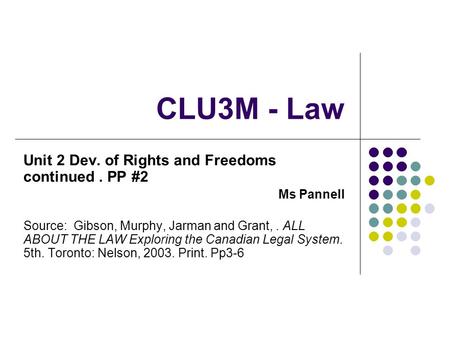 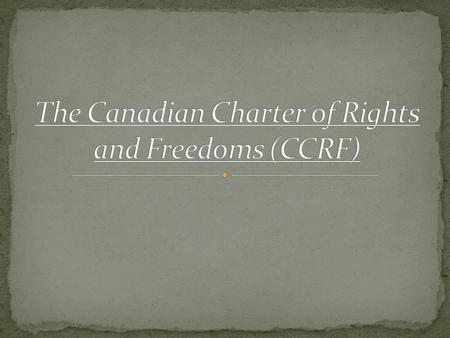 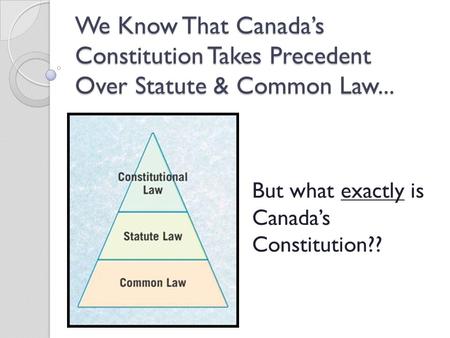 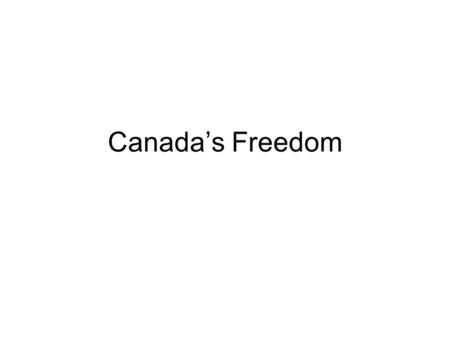 Canada’s Freedom. Before Confederation… Proclamation Act (Treaty of Paris) of All French land was handed over to the British after they won the. 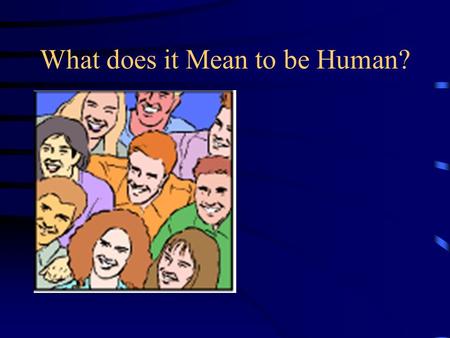 What does it Mean to be Human?. A Perspective on Human Rights Universe World Countries Local Personal To do nothing Makes us part of the problem. 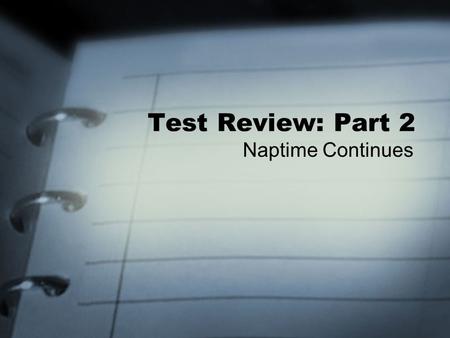 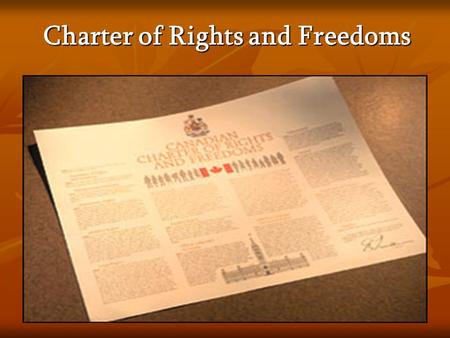 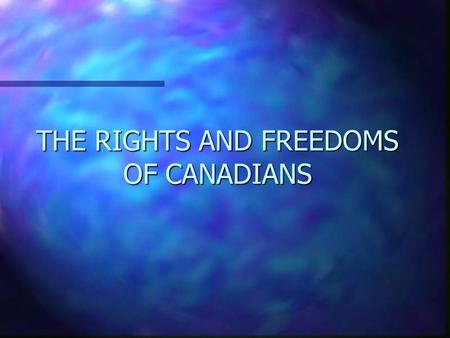 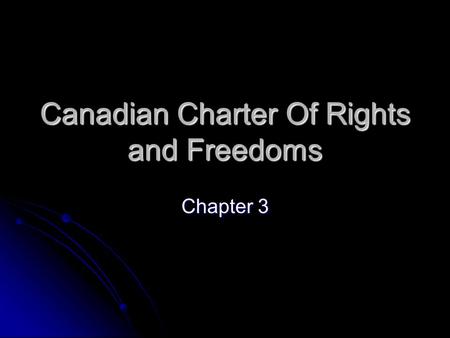 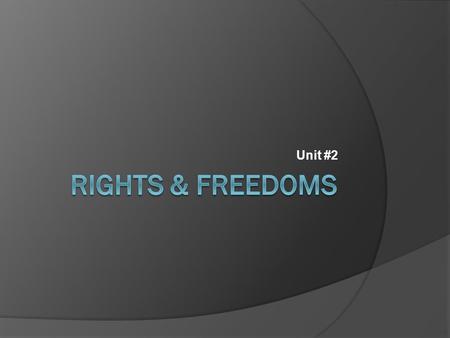 Unit #2.  Would the Charter of Rights and Freedoms have any application in April’s complaint?  What is the difference between a right and a privilege? 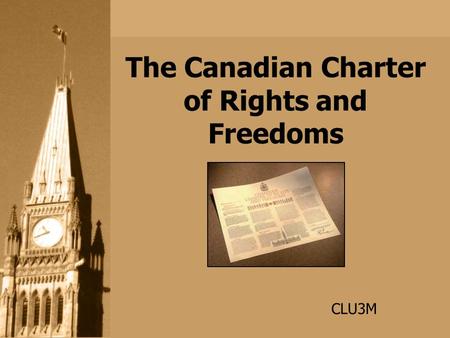 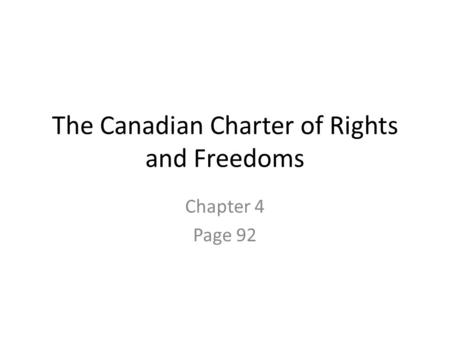 The Canadian Charter of Rights and Freedoms Chapter 4 Page 92.