2 What is HIV? Human Immunodeficiency Virus HIV is a virus that infects and destroys cells necessary to activate immune responses by attacking the body’s T-Cells and helper T-Cells HIV-1 originated in West-Central Africa in the first half of the 20th century when a closely related chimpanzee virus first infected humans The global spread of HIV-1 has been documented to have occurred in the 1970s, and AIDS was first recognized in 1981

4 What is AIDS? Acquired Immunodeficiency Syndrome It is different than HIV. (HIV and AIDS are not interchangeable) AIDS is a condition where the body’s specific defense system against all infectious agents no longer functions properly A person is diagnosed with AIDS after acquiring a certain disease or sickness that a normal, healthy person wouldn’t catch.

5 How does HIV affect the body? HIV infects cells necessary to activate immune responses Helper T-cells Without helper T-cells, body cannot make antibodies properly, nor can infected cells containing HIV be properly eliminated The Virus can: Multiply Kill the helper T-cells in which it lives Infect adjacent helper T-cells Repeat the cycle until there is a substantial loss of helper T-cells

6 How does HIV affect the body? Virus and immune system fight for supremacy Body makes more T-cells, that mature into helper T-cells Virus still attacks these new T-cells as body continues to make them This process continues until the body can no longer create T-cells up to 10 years Loss of helper T-cells results in complete inability of the body to ward off any organisms This acquired condition of immunodeficiency is called AIDS

7 How does HIV cause AIDS? Infection HIV can copy itself and infect cells before your immune system has time to react. Flu-like symptoms occur Response The body responds to the virus by making antibodies. This is called seroconversion when you move from HIV negative to positive AIDS It is diagnosed (not a definite way to diagnose AIDS) when you have certain symptoms, infections, and specific test results

8 How does HIV cause AIDS? Person with a healthy immune system has a CD4 count is 500 to 1800 Person is diagnosed with AIDS when the CD4 count goes below 200 or if they have HIV with certain infections After the CD4 count dips below 200, a person infected with HIV becomes increasingly more susceptible to opportunistic infections, and it is this that develops into AIDS. Such infections include: are pneumocystis pneumonia (PCP), Kaposi's sarcoma (KS) and cytomegalovirus.

9 How is HIV transmitted? Sexual contact with an infected person Sharing needles or syringes with someone who is infected Through transfusions of infected blood Babies born to HIV Infected women may infected their child before birth, during birth, or through breastfeeding after birth Infected blood gets into an open cut or a mucous membrane For example, the eyes or the inside of the nose 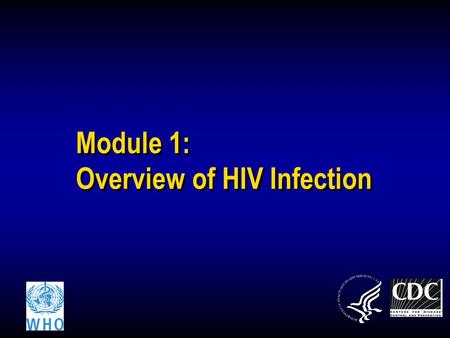 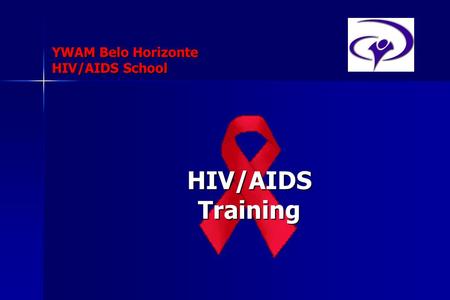