2 Renaissance – a rebirth or revival Usually refers to European Renaissance of 1300-1600 An era of curiosity and innovation in science, architecture & fine arts A rebirth of the Golden Age of ancient Greece and Rome

16 After 1917, Jazz spread north and west to New York, Chicago, San Francisco and St. Louis and developed into an improvisational type of music. 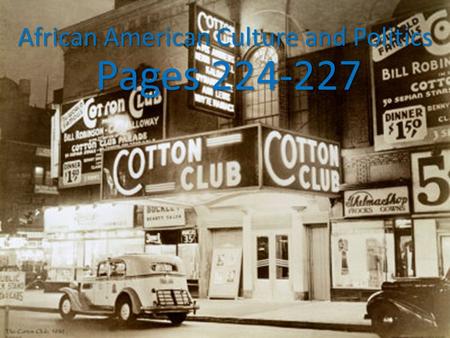 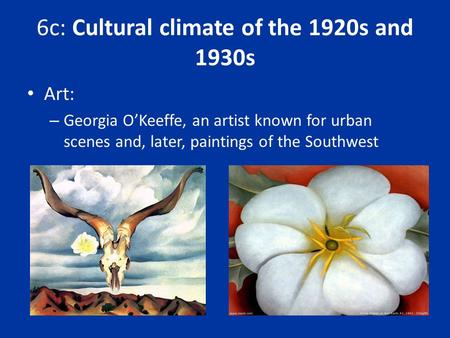 6c: Cultural climate of the 1920s and 1930s Art: – Georgia O’Keeffe, an artist known for urban scenes and, later, paintings of the Southwest.