4 THE STRUCTURE OF THE MEDIEVAL CHURCH
THE POPE – Bishop of Rome, and the head of the Roman Catholic Church. Claimed to have authority over all Christians. Cardinals – Next level of authority, and close advisors of both Pope and kings. Bishop – oversaw the salvation of a territory within the Archbishops territory. Priests – Oversaw the salvation of individuals in part of the Bishops territory. Archbishop – Oversaw the salvation of a piece of territory within Western Christianity. Monks & Nuns – Separated from society, and dedicated themselves to prayer, learning, and piety. Everyone else Tools at the disposal of the Pope – Excommunication, Interdict, Declare you a heretic/ enemy of Christianity Was the Pope the most powerful man in the Medieval world?

5 PEASANTS KING KNIGHTS LORDS
Feudalism – Was a system of government based on obligation to people of “higher social status” NOT CENTRALIZED! CHIVALRY PEASANTS KNIGHTS LORDS KING Feudalism was born out of a need for protection, as there was no “government” to protect people from invasions. - THREE TYPES OF PEOPLE- Nobility, Clergy, Peasants Lords vassals of King – Knights vassals of Lords – Peasants worked for Lords – Lords protected the Peasants & Clergy – Clergy made sure everyone went to Heaven.

6 Manorialism Economic side of Feudalism
Manor vs. Castle – A castle was a military structure, while a manor was the house of a great lord.

7 Castles do not become common until after the year 1000, as they were
expensive to build and maintain.

9 Keeping Order in the Middle Ages 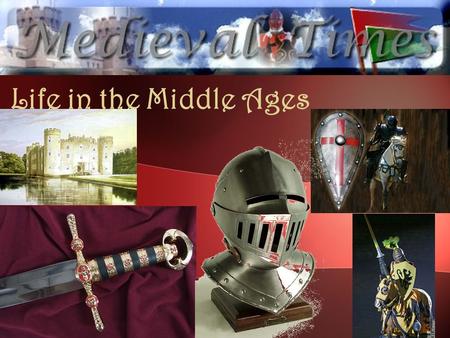 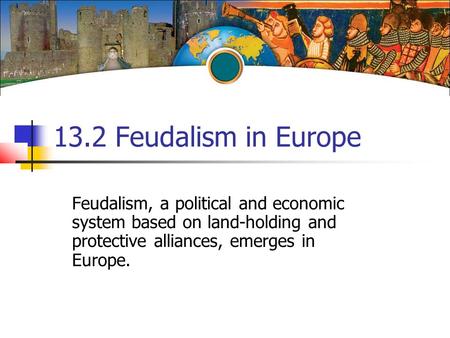 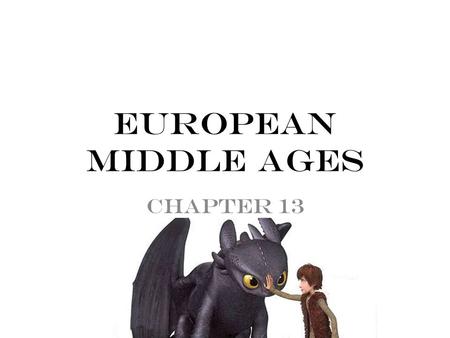 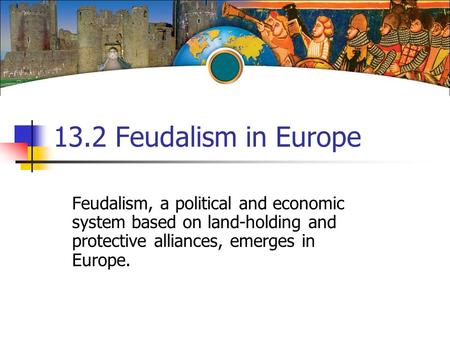 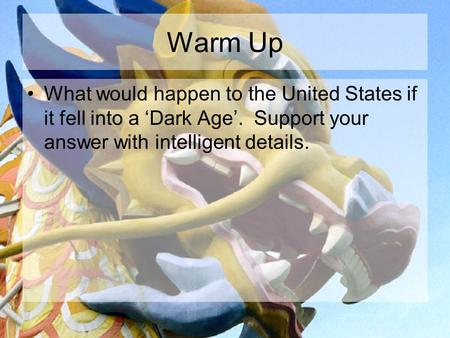 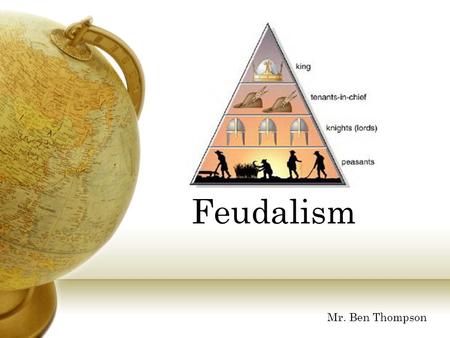 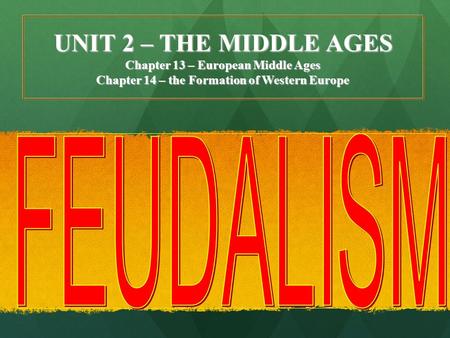 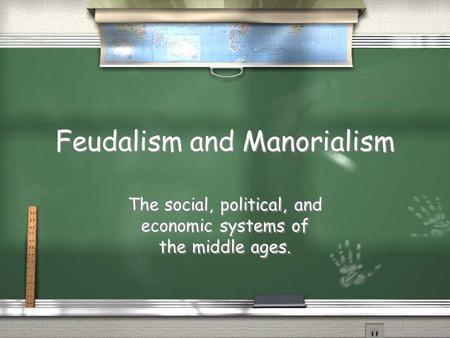 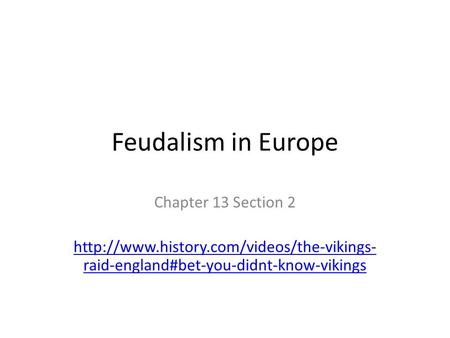