3 Traditional Economy an economic system in which economic decisions are based on customs and beliefs People will make what they always have made & will do the same work their parents did. exchange of goods is done through bartering - trading without using money

5 Traditional Economies Examples: –villages in Africa and South America –the Inuit tribes in Canada –the caste system in parts of rural India –the Aborigines in Australia

6 Command Economy The government makes all economic decisions & owns most of the property. Governmental planning groups determine such things as the prices of goods/services & the wages of workers. This system has not been very successful & more and more countries are abandoning it.

7 Command Economy Countries with communist governments have command economies. –Examples: Cuba, former Soviet Union, North Korea The government of Australia controlled one part of the economy in the past -- government-owned companies controlled telecommunications. –The government set the price for having a phone, the cost of calls, and wages were the same in all parts of the country. –In 1989, the company was made into a private business with stockholders owning the company.

9 Market Economy An economic system in which economic decisions are guided by the changes in prices that occur as individual buyers and sellers interact in the market place. –Most of the resources are owned by private citizens. Economic decisions are based on free enterprise (competition between companies). –Important economic questions are not answered by government but by individuals. –The government does not tell a business what goods to produce or what price to charge.

11 Market Economy There are no truly pure market economies, but Australia’s is close. –It is considered one of the most free economies in the world. –Businesses operate without too many rules from the government. –People are free to start a business and can do so quickly. –Courts use the laws of Australia to protect the property rights of citizens.

12 In a truly free market economy, the government would not be involved at all. –There would be no laws to protect workers form unfair bosses. –There would be no rules to make sure that credit cards were properly protected. Many societies have chosen to have some rules to protect consumers, workers, and businesses (MIXED). –These rules reduce the freedoms that businesses have, but they also protect the workers and consumers.

13 Mixed Economy Market + Command = Mixed There are no pure command or market economies. To some degree, all modern economies exhibit characteristics of both systems and are often referred to as mixed economies. –Most economies are closer to one type of economic system than another. Businesses own most resources and determine what and how to produce, but the government regulates certain industries.

16 Australia’s Economy one of the freest economies in the world It is technically a mixed economy, but it’s close to market because there are very few rules to restrict the market. government does not own major industry or business –prices are set by the agreement of buyers and sellers rather than by government rules

17 Australia’s Economy People are free to own their own businesses and property. –They decide what they want to produce. Buyers and sellers are able to agree on prices, and competition between sellers helps to keep the prices good for buyers. Business owners and consumers can depend on good laws to protect them. –The courts are considered fair and honest. It is very easy to start a business in Australia – the paperwork usually takes less than a week! 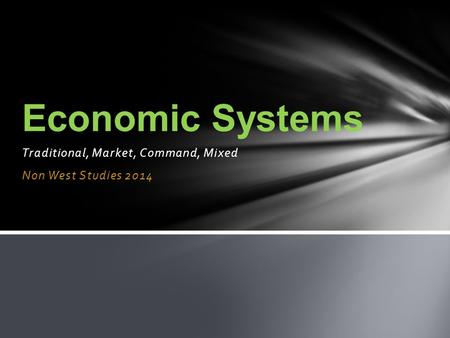 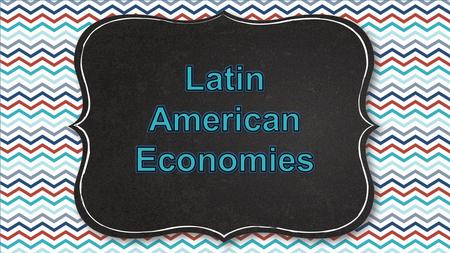 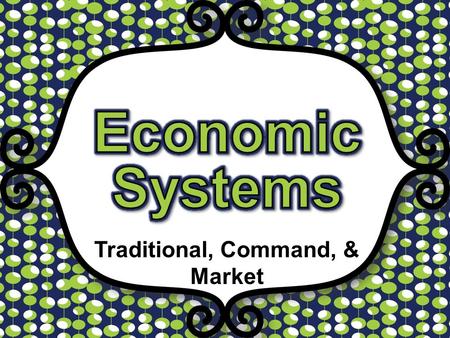