Presentation on theme: "Genetic Engineering. What is genetic engineering? Definition: process of changing an organism’s genetic material to produce a new and useful result This."— Presentation transcript:

2 What is genetic engineering? Definition: process of changing an organism’s genetic material to produce a new and useful result This results in a transgenic organism (organism containing recombinant DNA)

3 Tobacco Plant that has had a firefly gene inserted into its cells, so it “glows”.

4 Why make transgenic plants and animals? Food production Make plants that are resistant to pesticides and/or diseases (Round-up ® ready crops, crops resistant to certain viruses) Engineer food to stay fresh longer and ripen at the store Engineer some animals to grow larger without using antibiotics or growth hormone. Protein production Cows and goats could produce human proteins in milk Even plants can be used to produce human proteins Vitamin A in “golden rice” Medical Research Use the “glow” gene to follow the expression of another gene. Edible vaccines.

5 How does genetic engineering work? The desired (“donor”) gene is isolated from the organism’s DNA using a restriction enzyme Bacterial plasmid (“cloning vector”) is cut with same restriction enzyme Sticky ends of desired gene and plasmid should be complementary Ligase (an enzyme) is added to help seal sticky ends of plasmid and desired gene together Last step: put the recombinant plasmid back into the bacteria

7 Example: Insulin Production Plasmid (from E.coli) is also cut with EcoRI Sticky ends are now exposed on both human DNA and plasmid DNA

9 Why insert recombinant DNA into a bacterium? Bacteria reproduce rapidly (some every 20 minutes) Inserted gene (e.g. insulin) is copied (cloned) whenever bacteria make a copy of the plasmid Results in a large amount of desired protein (insulin) in just a few days

10 How can you insert recombinant DNA into a host cell? Transformation: use electricity, heat, or CaCl 2 to “shock” cell into taking up plasmid Microinjection: inject plasmid DNA directly into cell using microneedle

11 How can you insert recombinant DNA into a host cell? Gene gun: coat tiny gold pellets with recombinant plasmid DNA and “shoot” into cell

12 How can you insert recombinant DNA into a host cell? Viral vectors: Desired gene is placed into viral DNA and used to “infect” an organism’s cells without causing disease (virulence gene removed)

Download ppt "Genetic Engineering. What is genetic engineering? Definition: process of changing an organism’s genetic material to produce a new and useful result This." 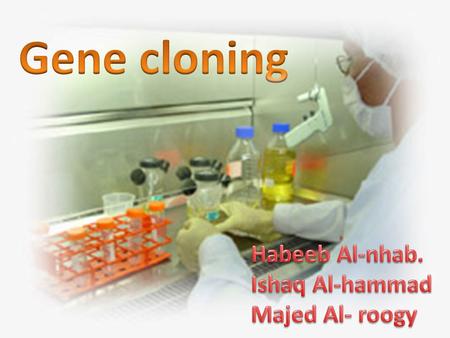 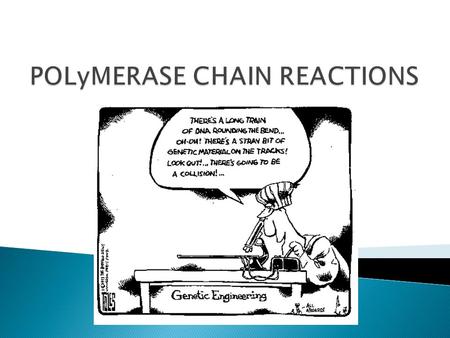  We have made the gene through Recombinant DNA – how do we get lots of copies??