Origins of the Planets and Moons Our sun was the center of a nebula (cloud of dust and gas). Planets formed when bits of matter first collided and aggregated.

Presentation on theme: "Origins of the Planets and Moons Our sun was the center of a nebula (cloud of dust and gas). Planets formed when bits of matter first collided and aggregated."— Presentation transcript:

2 Origins of the Planets and Moons

3 Our sun was the center of a nebula (cloud of dust and gas). Planets formed when bits of matter first collided and aggregated into small, irregular shapes (planetesimals), and eventually formed into larger planets. As the planets formed, the more dense ones were pulled closest to the sun. They are called Terrestrial Planets (Mercury, Venus, Earth, and Mars). The less dense planets moved toward the outer portion of the solar system. They are called Jovian Planets, or Gas Giants. (Jupiter, Saturn, Uranus, and Neptune) Pluto is now thought to be a minor planet, most likely a captured comet who was drawn in by the gravity of the sun and placed in an orbit around it (similar to asteroids) VI. Formation of OUR solar system: Remember from before…

4 Terrestrial planets (like Earth) go through the same 4 stages of development: 1.DIFFERENTIATION - heavier materials move to the center of the planet, lighter materials move to the outer portion while it is still molten (liquid) 2.BOMBARDMENT - planets receive surface features due to cratering from space debris (there was much more debris in the early universe!) 3.FLOODING - planets were covered with molten rock or water, filling in lower areas 4.SURFACE EVOLUTION - planets continue to change their look from impacts, erosion, or plate tectonics. Jovian planets (gas giants) all went through differentiation, but we are unsure about development after that. We DO know that they are constantly influenced by storms that move through their thick atmospheres. VII. Planetary Development

5 VIII. Formation of moons and rings Planets have moons for 2 different reasons: A large object in space hit the planet, throwing out debris that collected into a moon (ex: Earth’s moon) Asteroids have been captured by the planet when the came too close, getting trapped by the gravitational pull of the planet (ex: the moons of Mars) All planets have moons except Mercury and Venus Some planets also have rings: Ring are either debris blown away from the planet but trapped in it’s gravitational field OR they are rings of debris from captured space debris. Only the Gas Giants have rings

6 IX. Life Earth is special in the universe, because it is the only place that we know of when life has evolved; where chemistry (water and chemicals) and physics (energy) have created biology… Next…

Download ppt "Origins of the Planets and Moons Our sun was the center of a nebula (cloud of dust and gas). Planets formed when bits of matter first collided and aggregated." 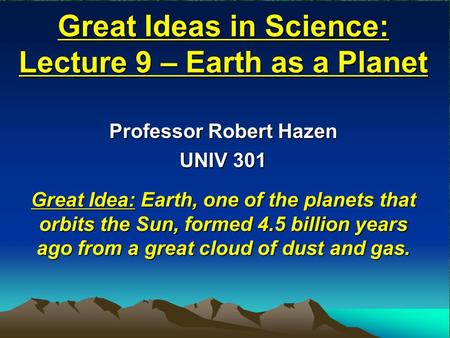 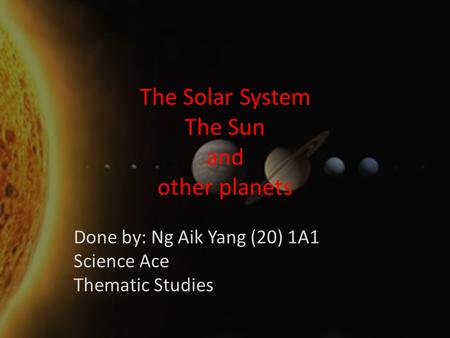 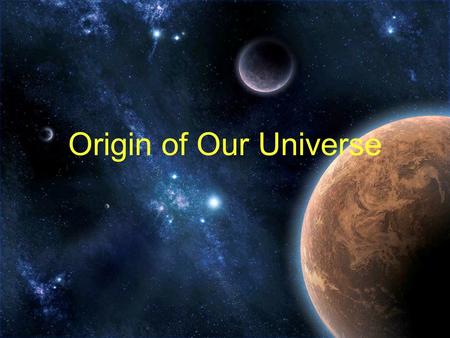