3 Education In 1840 when Emily was 10 years old, she was educated at Amherst Academy, a former boys school that had been opened to females two years earlier. At Amherst Academy she studied English, classical literature, Latin, religion, history, mathematics, geology, and biology. In 1847 when Emily was 17 years old, she began attending Mary Lyon’s Mount Holyoke Female Seminary. Less than one year later, she left the Seminary. She never returned to school. She became somewhat of a hermit, rarely leaving her home. She certainly was not what we would consider today a ‘social’ person.

4 Poetry Emily Dickinson has distinctive and instantly recognizable features including slant or imperfect rhyme, dashes, unusual capitalization, lyrical style, ballad/hymn meter. She also uses unique vocabulary and imagery, making her style very much her own. At the time of her death, only 10 of her poems had been published. After her death, her family found 40 volumes of more than 1,700 poems. Her poetry was collected after her death and published posthumously. At last count, Emily Dickinson wrote 1,789 poems total.

5 Artistic Life After Death Though Emily Dickinson died on May 15, 1886 of Bright’s Disease, her voice and spirit live on through her poetry. She is regarded as one of the most quintessential poets of the 19 th century, alongside Walt Whitman. She is buried in Amherst, Massachusetts. Her home is now the Emily Dickinson Museum in honor of the timeless poet. 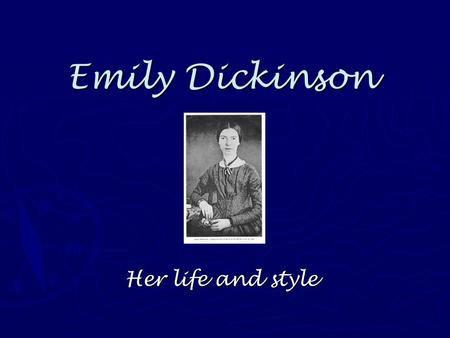 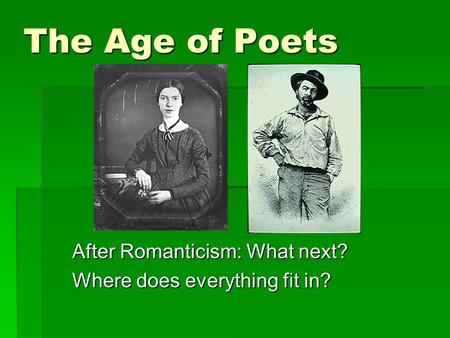 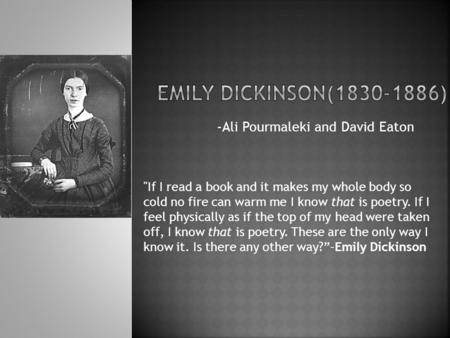 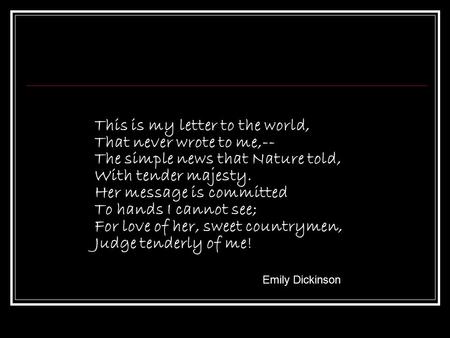 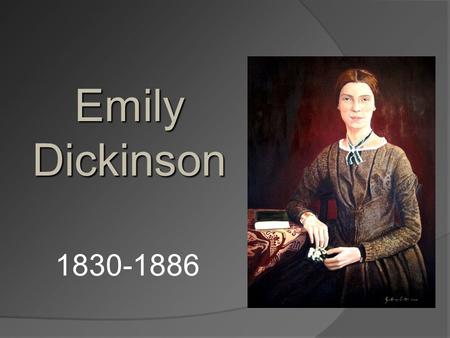