3 Sex-linked Genes Chromosomal basis of sex determination is simply X or Y. - one allele from each parent - XX is female -XY is male - ovaries produce only X chromosomes , whereas sperm produce X and Y that segregate during meiosis

5 Sex-linked Genes Sex linked gene- gene located on the sex chromosome
- historically referred to gene on X chromosome - fathers may pass sex linked allele to daughters but not sons - mothers could pass alleles to both - males have only one locus meaning if they receive recessive allele from the mother, they express the trait *leads to male more prominently expressing sex-linked recessive disorders Ex: Muscular dystrophy – lack of muscle protein dystrophin located on the X chromosome Hemophilia- absence of one or more proteins for clotting blood

6 X Inactivation in Females
Barr body – inactive X chromosome in a cell of a female -genes will not be expressed -occurs randomly and independently in each embryonic cell -creates 2 cell types: active X from father and active X from mother -once inactivated all mitotic descendants have inactive X possible cause comes from multiple copies of RNA transcript gene on Barr body called X-inactive specific transcript (XIST)

9 Abnormal Chromosome Number
Sex linked traits and mutations are not the only ways of changing phenotypes Physical and chemical disturbances, errors in meiosis, or damage to chromosome can alter genes and lead to disorders Nondisjunction – condition in which members of a pair of homologous chromosomes do not move apart in meiosis I, or sister chromatids fail to separate in meiosis II -leads to abnormal chromosome numbers

14 Human Disorders Aneuploid gametes can result from nondisjunction in meiosis creating aneuploid zygote -some conditions can cause embryos to spontaneously abort -some survive birth and beyond but have set of symptoms labeled a syndrome Ex: Down syndrome or trisomy 21 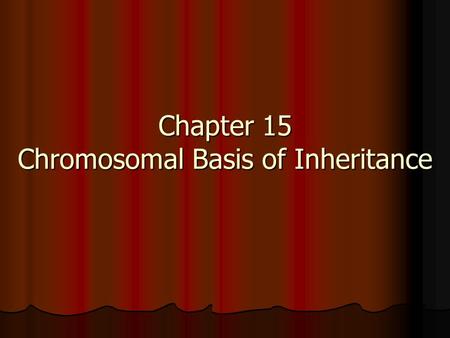 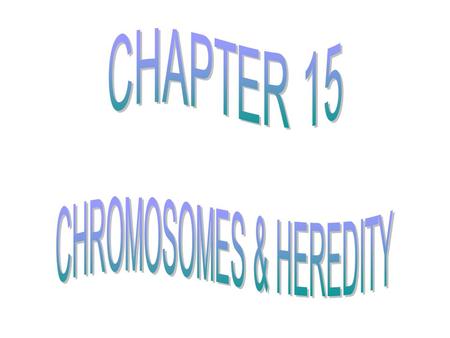 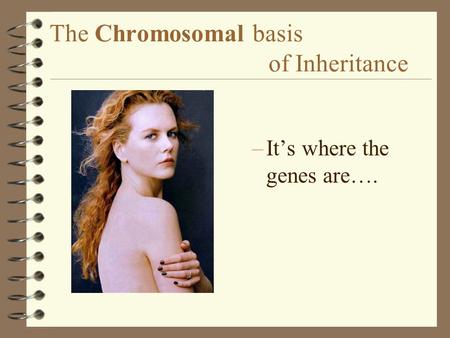 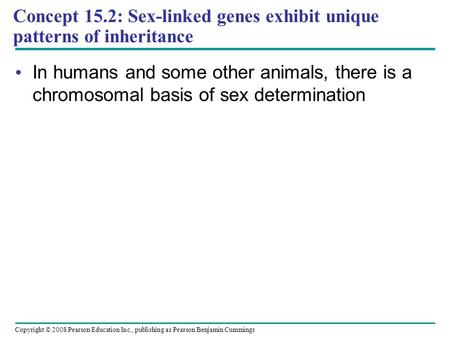 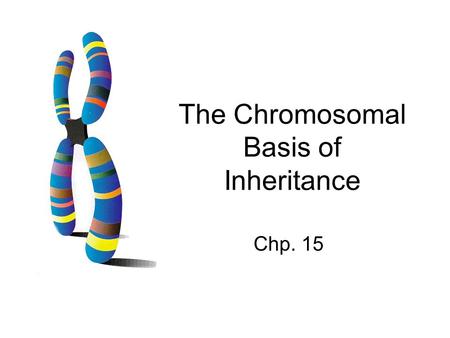 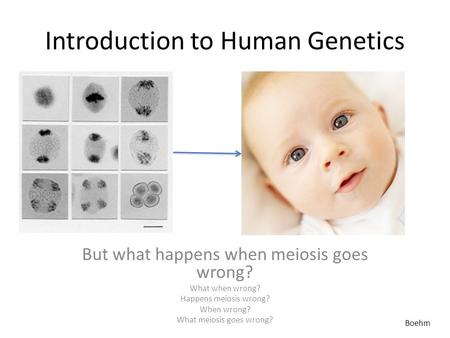 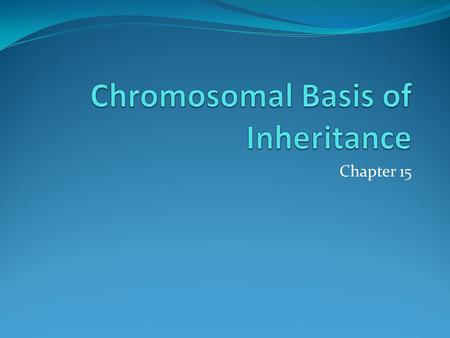 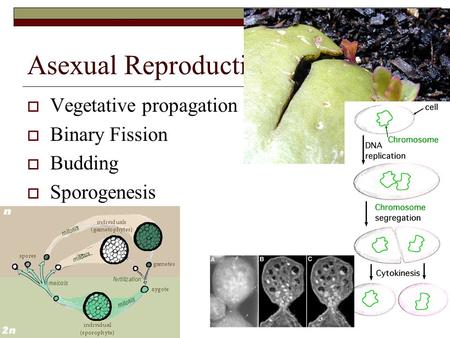