2 Phrases & Clauses Phrases and clauses can be confusing.
Both are groups of words. Both are parts of sentences. Learning the differences will help you write strong sentences and understand punctuation rules.

3 Phrases A phrase does not have both a subject and a verb.
There are many types of phrases. Some of these types include, noun, verb, adjective, adverb, prepositional, and interjection phrases. Others are gerund, participial, infinitive, and appositive phrases.

4 Parts of Speech Phrases
There are 8 parts of speech. Nouns, verbs, adjectives, adverbs, prepositions, and interjections can be phrases. Of those, the most common type of phrase is a prepositional phrase. Lets review them all.

11 Verbal Phrases Verbal phrases contain the verbal and their modifiers.
Verbals include infinitives, gerunds, and participles.

16 Review of Phrases Phrases are groups of words without a subject and a verb. They are functioning as a unit.

18 Independent Clause An independent clause is “independent” from other words – it can function alone. It is a simple sentence.

25 Dependent Clauses Sometimes, dependent clauses do not have an introductory word. The word “that” normally would be appropriate but is omitted. (This is ok!) Give the medicine (that) he requested to him, please.

26 Clauses - Punctuation When an independent clause begins a sentence and is then followed by a dependent clause, a comma is probably not necessary. Ryan put the dog in the kennel until his mom came home.

27 Clauses - Punctuation If a dependent clause begins a sentence, use a comma to separate it from the independent clause. The above sentence is an example of this.

28 Why do I need this? Aside from punctuating sentences correctly, knowing how clauses work can make your writing better. Join two independent clauses to provide a transition for a clear reading.

30 Review of Dependent Clauses
Anytime you see a subject and a verb, decide if it is an independent or a dependent clause. Be sure that you have correctly punctuated it. When writing, vary the types of clauses you use to spark interest.

32 Telling the Difference
If you can spot a phrase and a clause, you will be able to determine the type of a sentence and the appropriate punctuation. You will also be able to move phrases and clauses to express yourself in writing.

33 Remember Phrases and clauses are both units of words, but they function differently. Knowing what the groups of words are will help you punctuate them correctly and use them to better your writing. 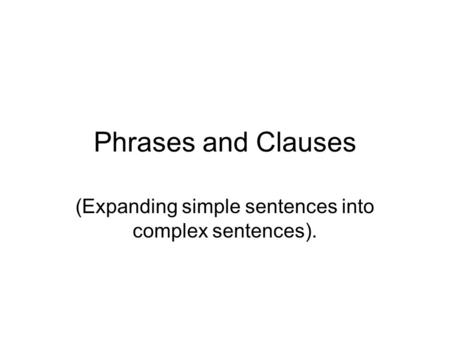 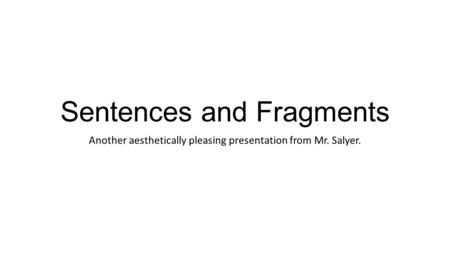 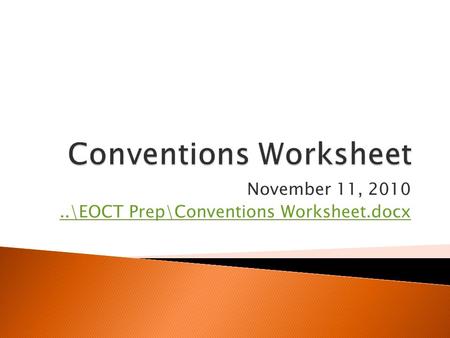 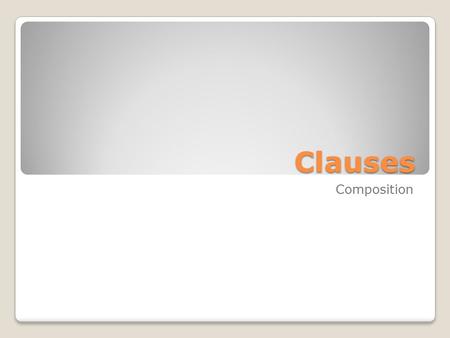