2 What is Energy? Energy – A scalar quantity that is often understood as the ability for a physical system to produce changes on a different physical system. Units for energy is a “Joule” The variable for a Joule is a capital “J”

4 Equation for Kinetic Energy
KE = ½mv² Kinetic Energy = ½ x mass x (velocity)² Given the objects velocity and mass, the energy that the object has can be calculated using the formula above.

5 Example Problem A car traveling at 50m/s has a mass of 1000kg. Calculate the kinetic energy.

11 Converting Gravitational Potential Energy into Kinetic Energy
Imagine a rock falling off a cliff. As it falls, it gains kinetic energy since it picks up velocity as it falls to the ground below. But where does the kinetic energy come from? It comes from the gravitational potential energy that is associated with the rock’s initial position on the cliff relative to the ground below.

12 Origin of Gravitational Potential Energy
Gravitational potential energy is a result of an object’s position, so it must be measured relative to some ZERO level. Doesn’t matter where you place the zero level (origin), but it must remain consistent through out the problem.

13 Example Problem How much potential energy does a rock have that has a mass of 10kg and is 100m off the ground on top of a cliff?

21 Mechanical Energy Mechanical Energy – The sum of kinetic energy and all forms of potential energy. Example: Any kind of mechanical device Clocks Air compressor Basically anything that has moving pieces… Doesn’t include electrical, chemical, or heat energy. 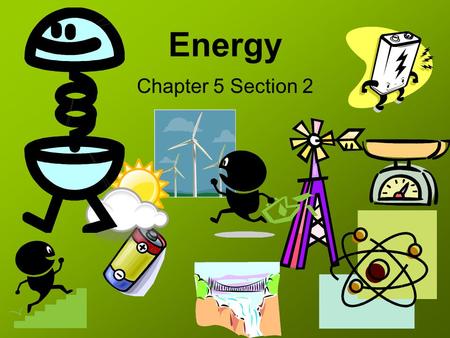 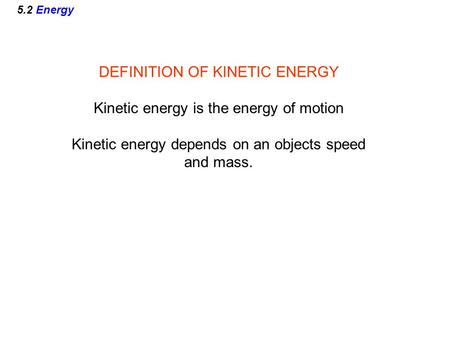 DEFINITION OF KINETIC ENERGY Kinetic energy is the energy of motion 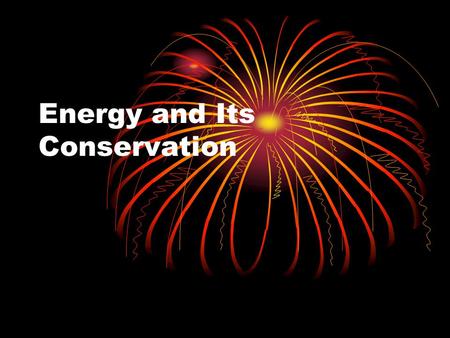 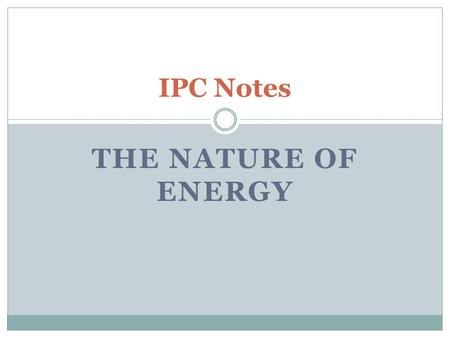 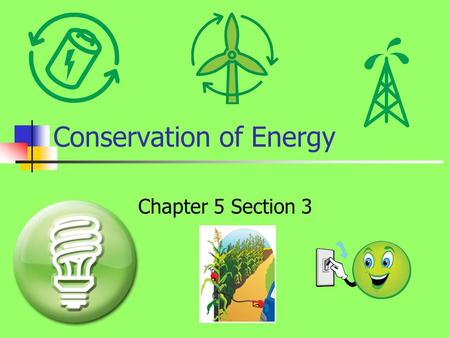 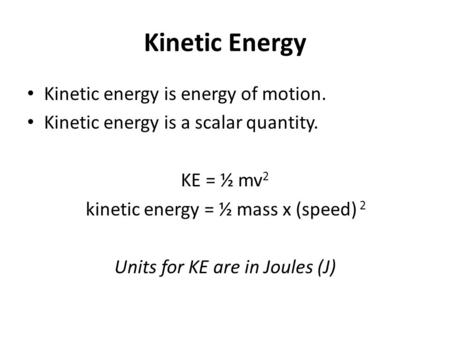 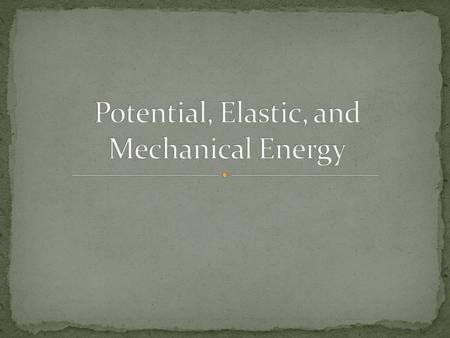 It takes work to lift a mass against the pull (force) of gravity The force of gravity is m·g, where m is the mass, and g is the gravitational acceleration. 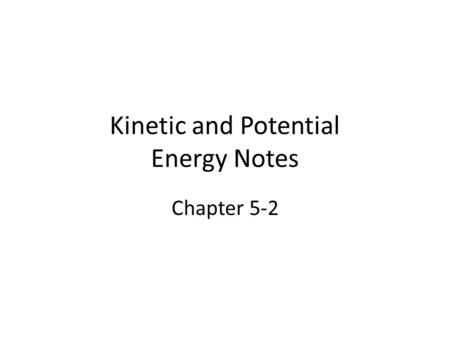 Kinetic and Potential Energy Notes Chapter 5-2. Mechanical Kinetic Energy Amount of energy an object has based on motion Depends on the mass of the object. 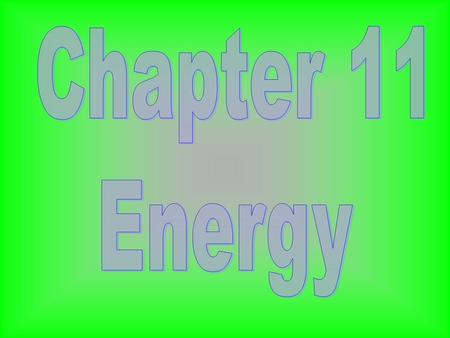 There are 2 forms of energy… Kinetic Energy Potential Energy. 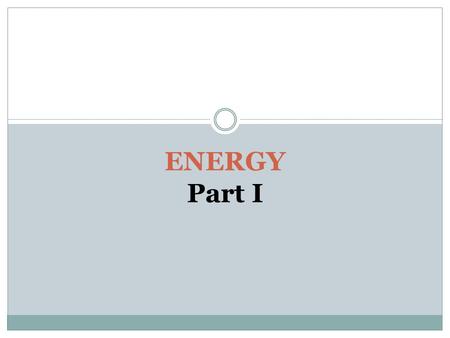 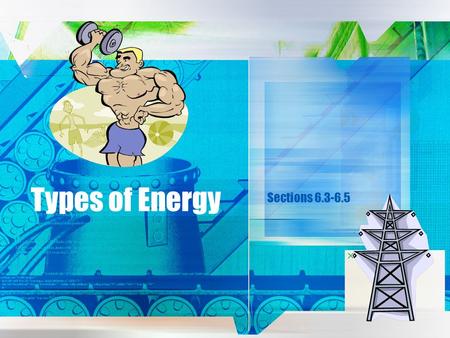 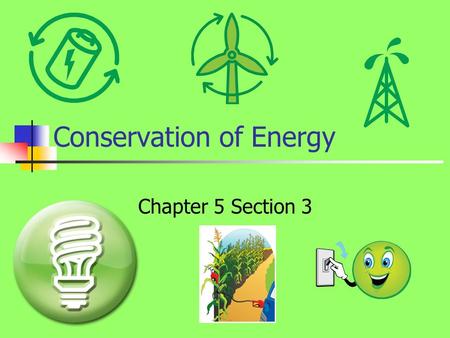 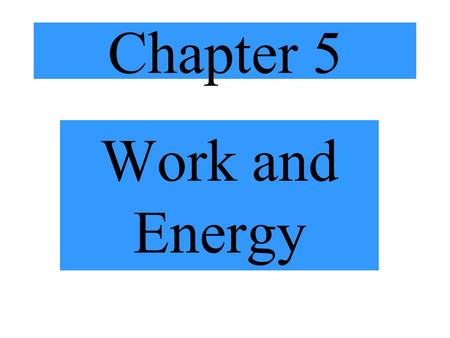 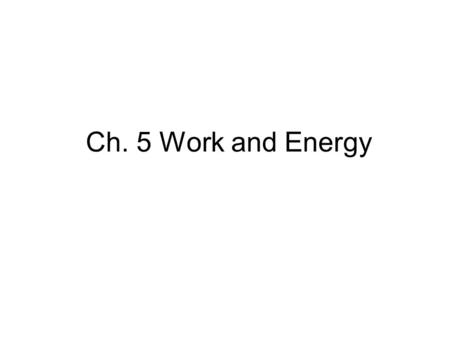 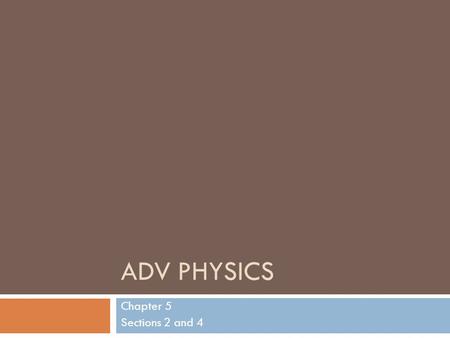 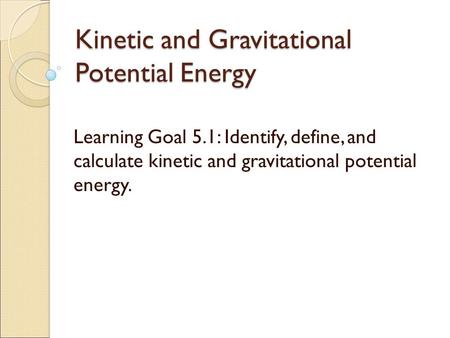 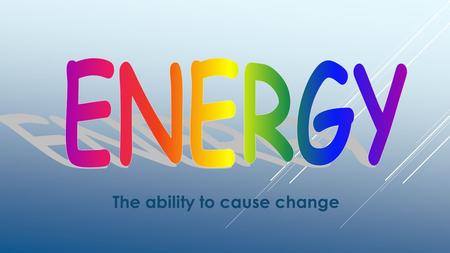 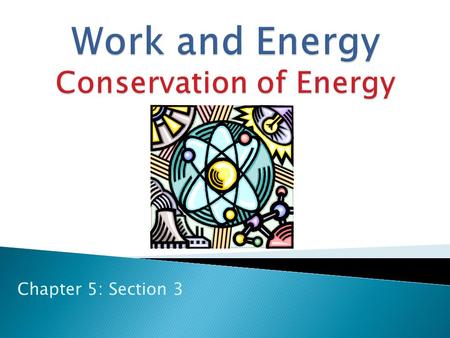 Work and Energy Conservation of Energy