The Nature of Matter. Liquids The ability of gases and liquids to flow allows then to conform to the shape of their containers. Liquids are much more.

Presentation on theme: "The Nature of Matter. Liquids The ability of gases and liquids to flow allows then to conform to the shape of their containers. Liquids are much more."— Presentation transcript:

1 The Nature of Matter

2 Liquids The ability of gases and liquids to flow allows then to conform to the shape of their containers. Liquids are much more dense then gases.

3 More on liquids…. »Increasing the pressure on a liquid has hardly any effect on its volume. (The same is true of solids). »For that reason, liquids and solids are known as condensed states of matter.

6 Key Concept During evaporation, only those surface molecules with a certain minimum kinetic energy can escape from the surface of the liquid.

7 More on Evaporation…. Liquid evaporates faster when heated. This is because heating a liquid increases the average kinetic energy of its particles. As evaporation occurs, the particles with the highest kinetic energy escape first. Evaporation is a cooling process!!

9 An increase in temperature of a contained liquid increases the vapor pressure.

12 Although vapor has the same kinetic energy as the liquid, its potential (or stored energy) is much higher. »Thus a burn from steam is more severe than one from an equal mass of boiling water at the same temperature.

15 Crystal Structure The type of bonding that exists between particles in crystals determines their melting points. »Not all solids melt however. »Wood and cane sugar for example, decompose when heated.

16 Changes of State Sublimation is the change of a substance to a vapor without passing through the liquid state.

17 Phase Diagrams A phase diagram gives the conditions of temperature and pressure at which a substance exists as a solid, liquid and gas (vapor).

Download ppt "The Nature of Matter. Liquids The ability of gases and liquids to flow allows then to conform to the shape of their containers. Liquids are much more." 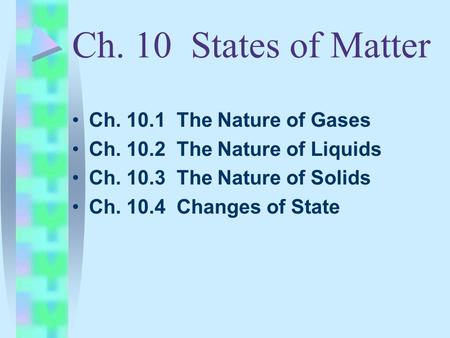 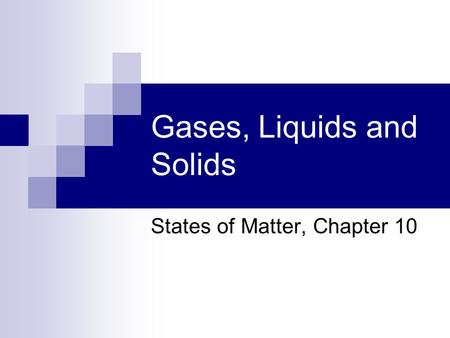 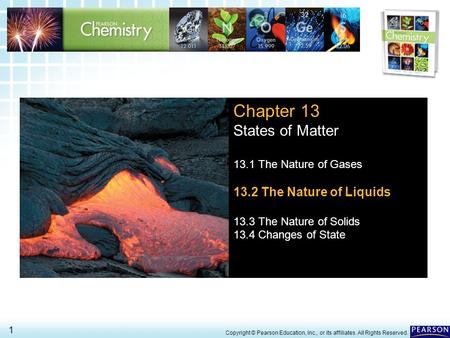 Chapter 13 States of Matter 13.2 The Nature of Liquids 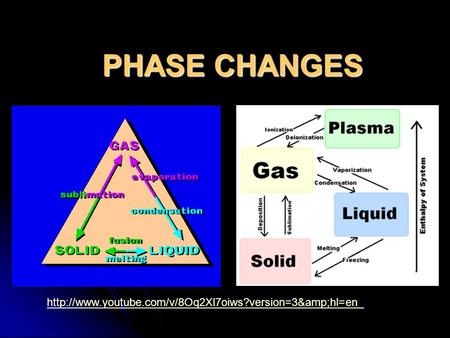 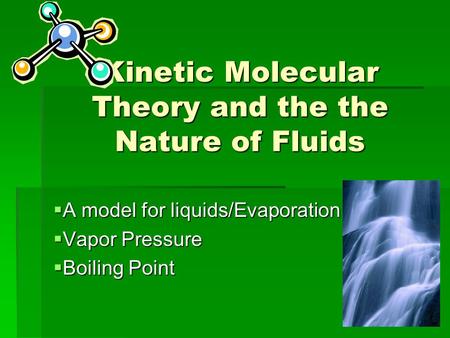 Kinetic Molecular Theory and the the Nature of Fluids 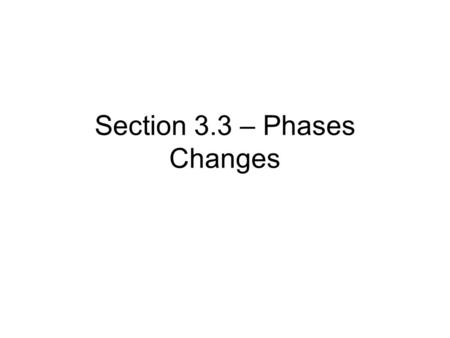 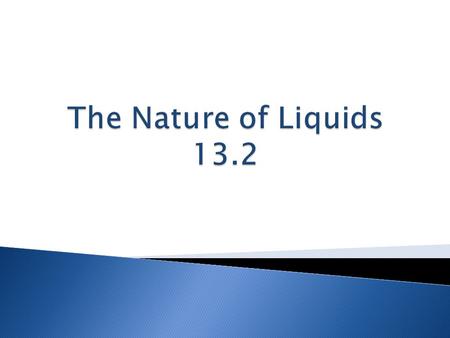 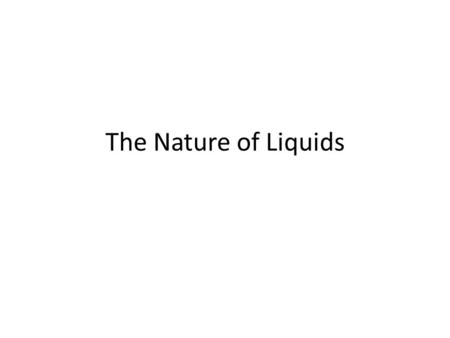 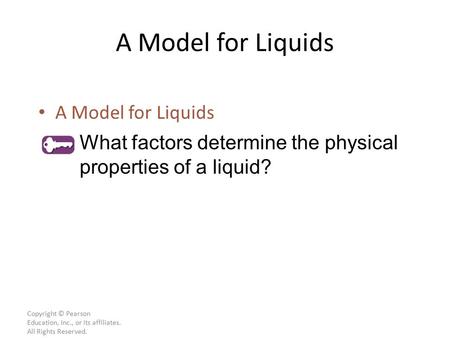 Copyright © Pearson Education, Inc., or its affiliates. All Rights Reserved. A Model for Liquids What factors determine the physical properties of a liquid? 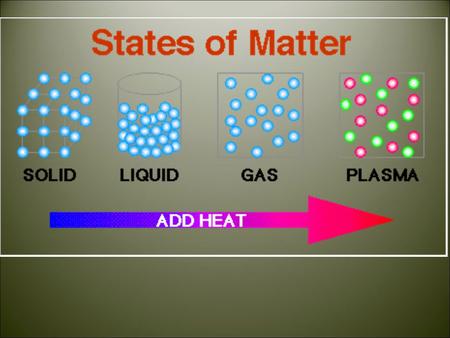 What are the three common states of matter? Solid, plasma, liquid Liquid, Gas, Plasma Solid, Liquid, Gas None of the above. 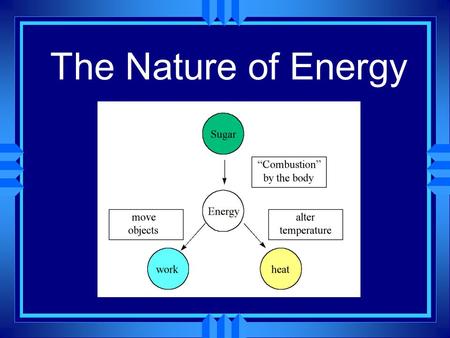 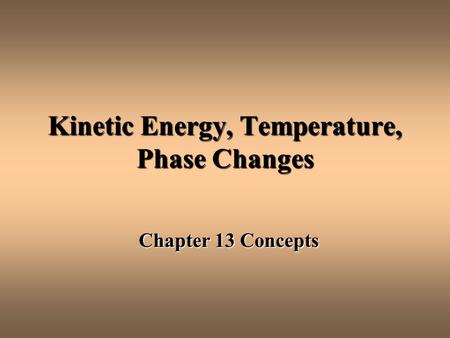 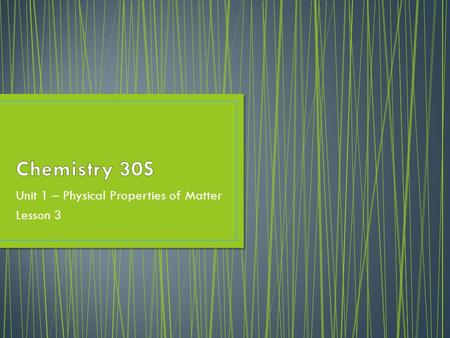 Unit 1 – Physical Properties of Matter Lesson 3. C : Explain the process of melting, solidification, sublimation, and deposition in terms of the. 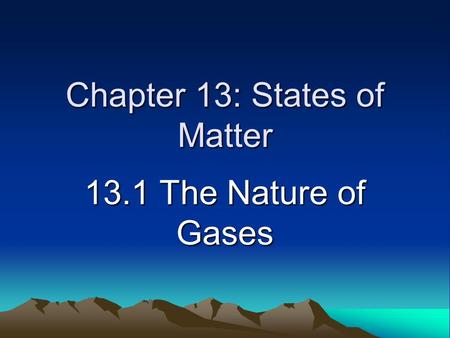 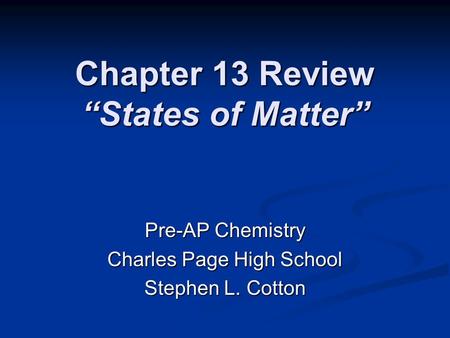 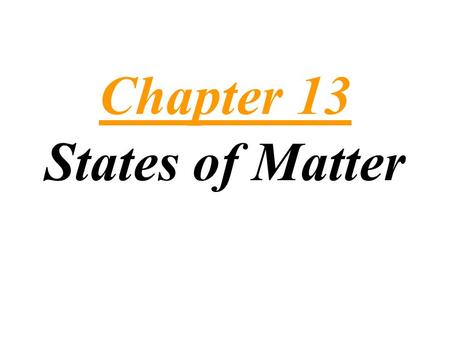 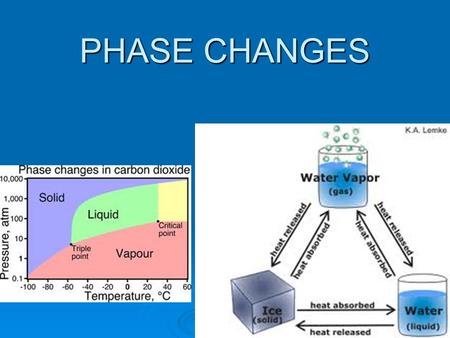 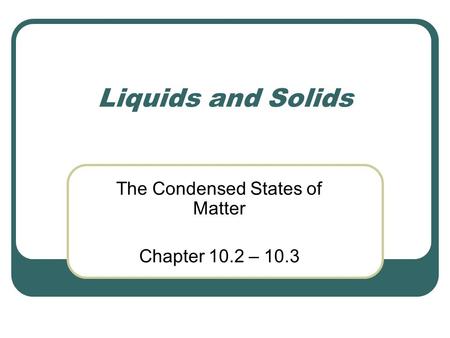 Liquids and Solids The Condensed States of Matter Chapter 10.2 – 10.3. 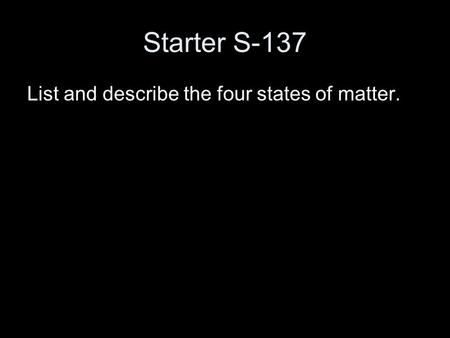 Starter S-137 List and describe the four states of matter. 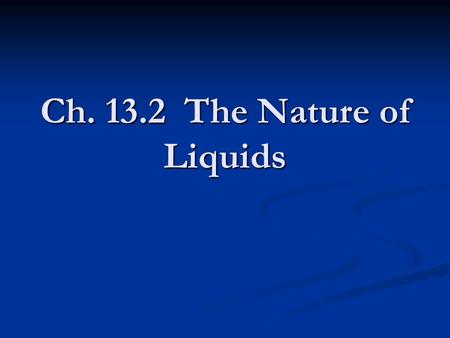 Ch The Nature of Liquids. A Model for Liquids In kinetic theory, there are no attractions between particles of a gas. Particles of a liquid are.