2 Start of the Abolition Movement Find the answer for each question in your reading and highlight it. 1. Why did early abolitionists believe that slavery had to be ended gradually? 2. What was the compromise over slavery reached at the Constitutional Convention? 3. Why did white Southerners argue that slaves were better off than Northern workers? 4. What other arguments did they use to justify slavery? 5. Why did some people in the North oppose abolition?

3 Reform for Women Find the answer for each question in your reading and highlight it. 1. What two causes did both Lucretia Mott and Elizabeth Cady Stanton support? 2. What three things did the Declaration of Sentiments and Resolutions call for/demand? 3. Why was the Seneca Falls Convention important to the women’s rights movement? 4. Why was Susan B. Anthony an important women’s reformer? 5. What important events advanced women’s rights after 1890?

4 Helping People with Disabilities and Education Find the answer for each question in your reading and highlight it. 1. Highlight the significance of these individuals in helping people with disabilities:  Thomas Gallaudet  Samuel Gridley Howe 2. What did Dorothea Dix find when she visited prisons? 3. What were the problems with education? 4. Which groups were denied access to education, and why? 5. How did Horace Mann improve education? 6. Why was Oberlin College unique?

5 Additions  At the bottom of “The Start of Abolition,” add the following people:  William Lloyd Garrison  Grimke Sisters  Frederick Douglass  John Brown  Harriet Beecher Stowe  At the bottom of “Reform for Women,” add:  Movement split between those who worked for change at state level and those working at the national level.

6 Jumpstart  Pick up the reading on “Religion and Reform” as well as your folder.  Get out your spiral/journal. Glue the reading into your spiral. If you do not have your journal today, get out a sheet of notebook paper and glue today’s reading to the paper so it can go in your folder.

7 Religion and Reform Find the answer for each question in your reading and highlight it. 1. What did people do at revivals? 2. How did the Second Great Awakening revivals encourage the reform movements of the time? 3. What is temperance? 4. How successful was this movement?

8 Abolition Description/Goals Write in under Abolition on your chart:  Believed slavery was morally wrong and wanted it ended.

13 Women’s Rights Description/Goals Write in under Women’s Suffrage on your chart:  Women (and men) seeking various rights including voting

14 Key Players in Abolition/Women’s Rights Sojourner Truth  Speaker and writer for BOTH movements  Her most famous speech is titled “Ain’t I a Woman?” (1851)

15 Key Players in Women’s Rights Susan B. Anthony  Activist and speaker  In an act of civil disobedience, she voted in 1872 and was arrested

16 Key Players in Women’s Rights Elizabeth Cady Stanton  Writer and organizer of the Seneca Falls Convention  Supported not only suffrage, but a variety of women’s rights issues 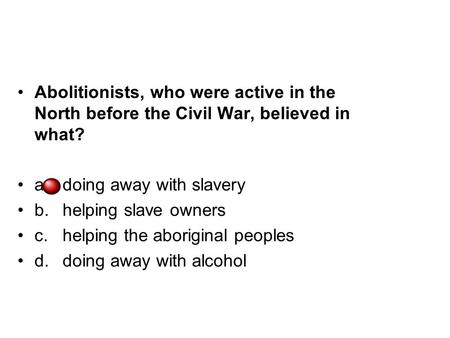 a. doing away with slavery b. helping slave owners 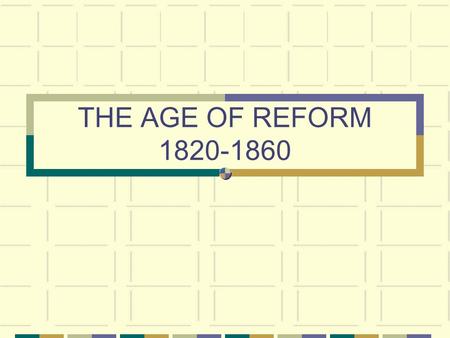 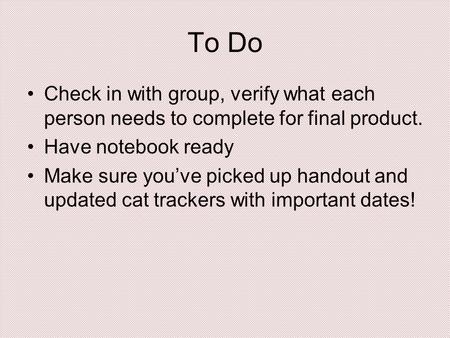 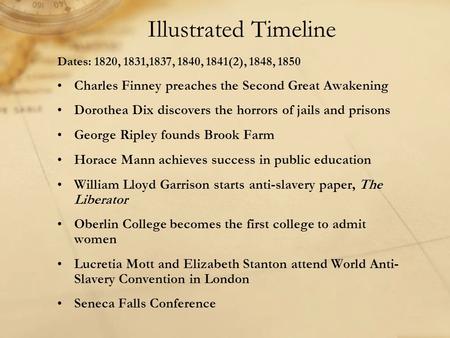 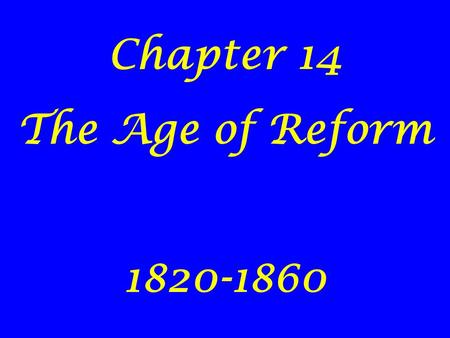