3 (Frederick Douglass) 1818-1895 He was a slave Lived in Baltimore, Maryland Learned how to how to read by giving bread to people that knew how to read Wanted liberty Worked for ship builder He planed his escape to a free state Had to give money he got to owner Borrowed papers to get to a free state Went to Great Brittan & friends bought freedom for him $711.66 Many speeches against slavery Rote The North Star Lived for 77 years Liberty=freedom Douglass worked for freedom for all people

5 Susan B. Anthony Became a teacher Rote a letter to dad and got in trouble Whemen cold not vote Went to jail Whanted to vote Not aloud to go to school This is her!! Went to qaker church Coin of her!! Where she lived Gave speaches Best friend! Girl and boys whare noy= Dillgence justice

6 Franklin D. Roosevelt F.D.R. Diligent Cooperative The only child Got polio at 39 He made the New Deal The New Deal helped with jobs President of the United States of America He helped make jobs during the Great Depression 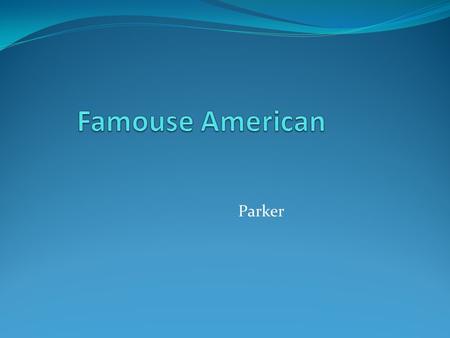 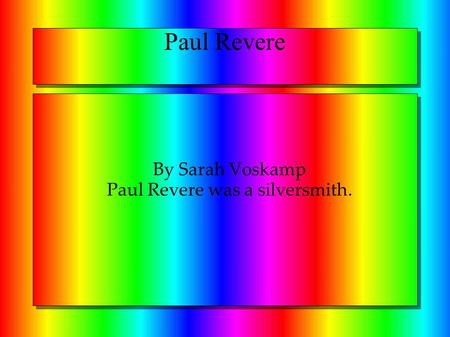 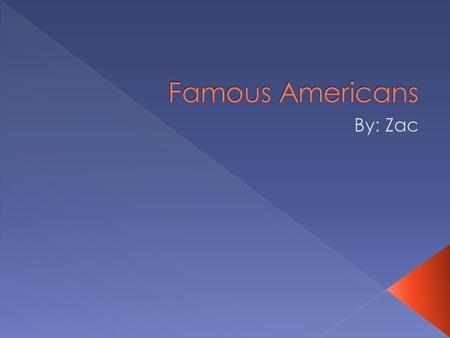 It all started when a guy named Apollo Revere had a son named Paul Revere. Britain ruled at that time. While working Paul heard some nasty complaints. 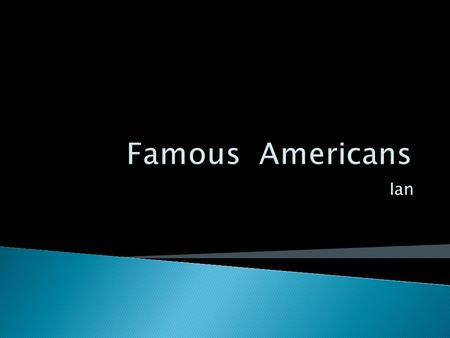 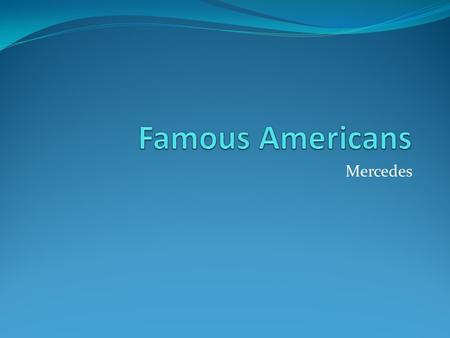 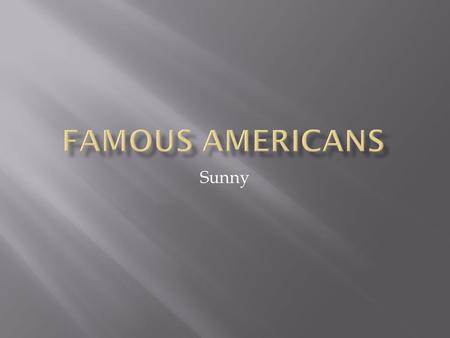 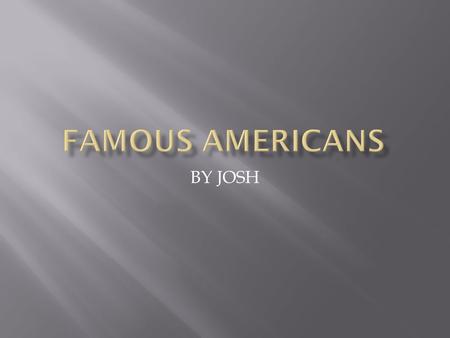 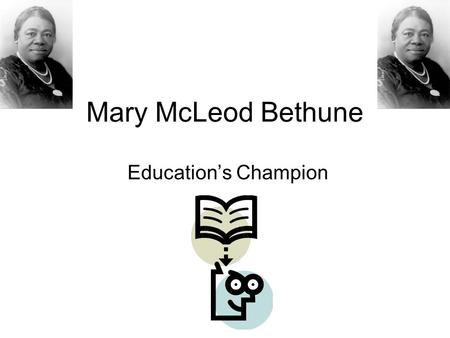 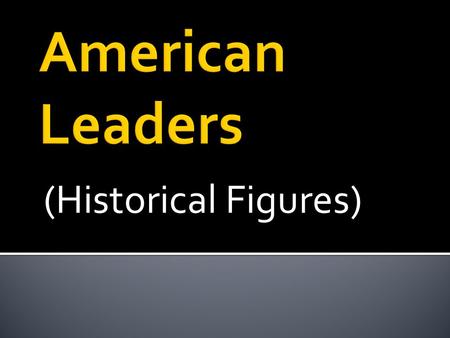 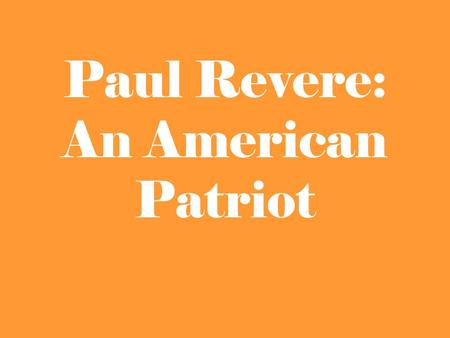 Paul Revere: An American Patriot. Around what time in history did Paul Revere live? 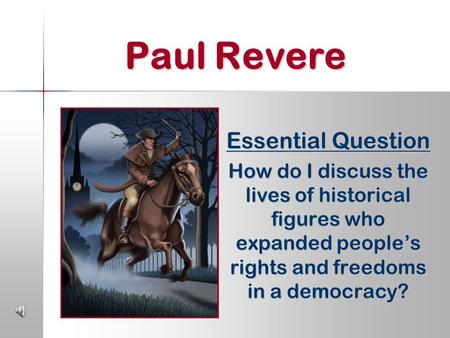 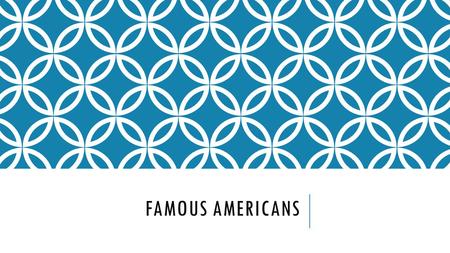 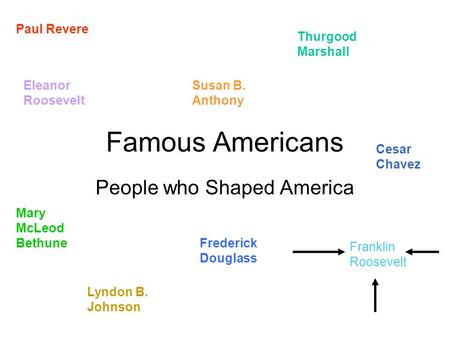 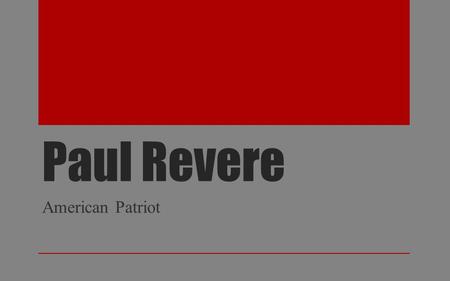 Paul Revere American Patriot. Purpose of Lesson Standard: SS3H2 – The student will discuss the lives of Americans who expanded people’s rights and freedoms. 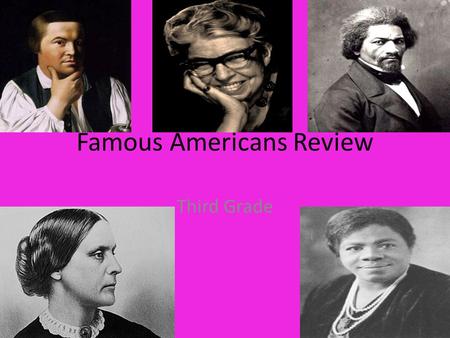 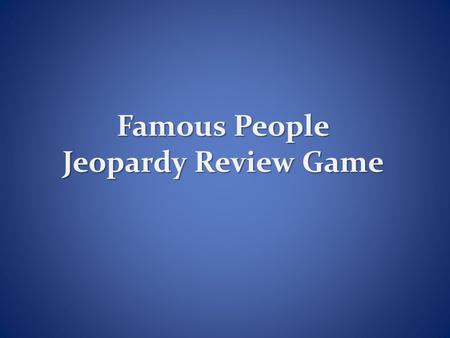 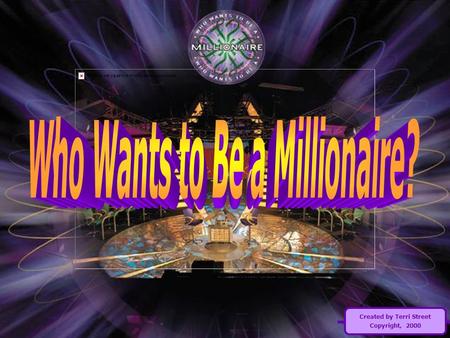