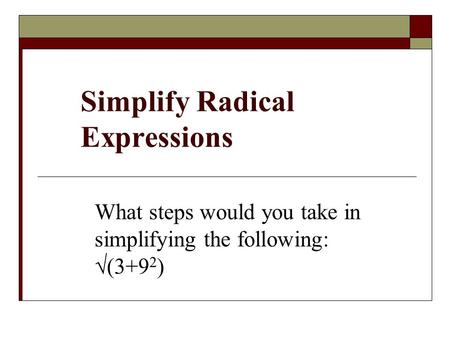 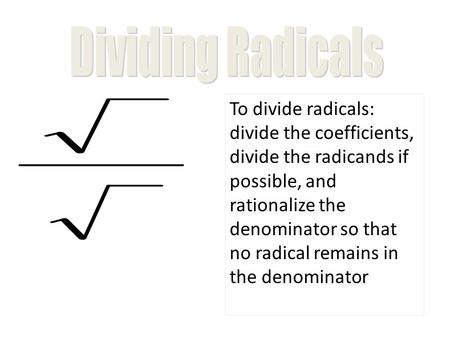 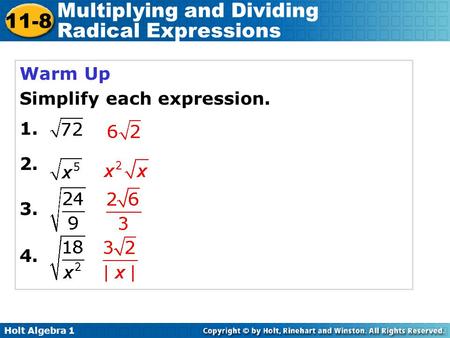 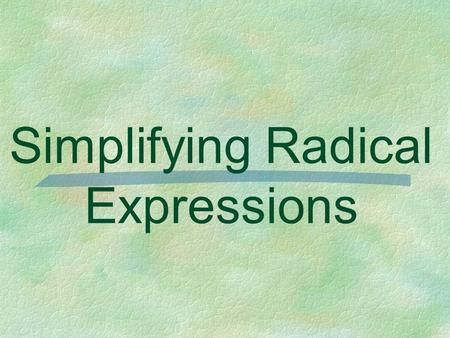 Simplifying Radical Expressions Product Property of Radicals For any numbers a and b where and, 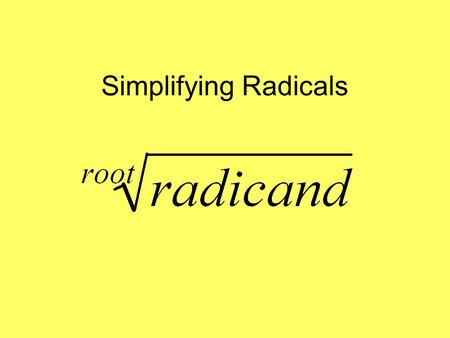 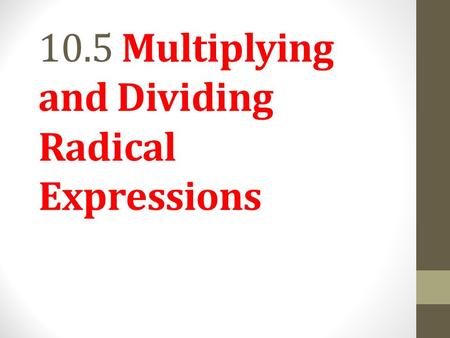 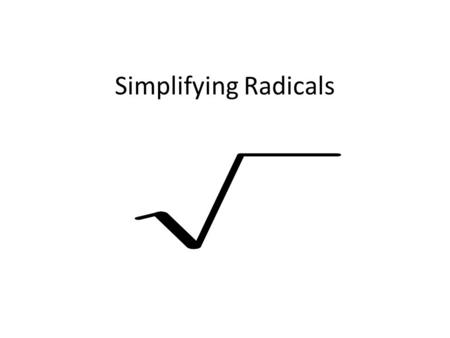 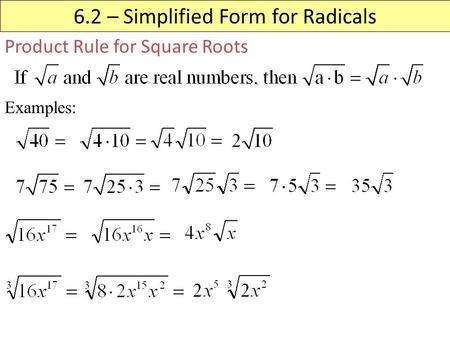 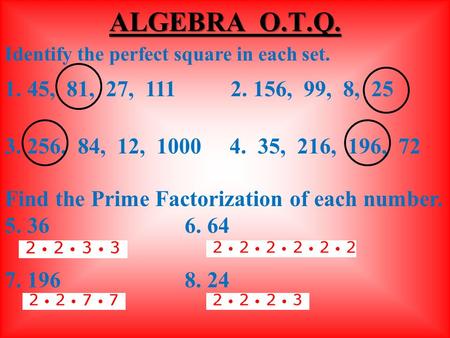 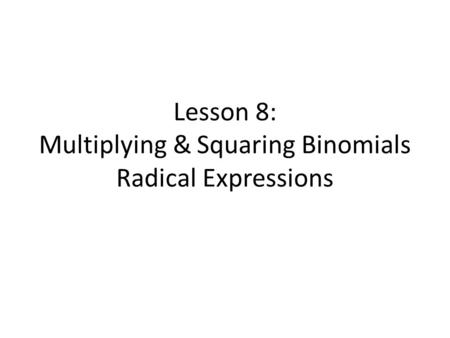 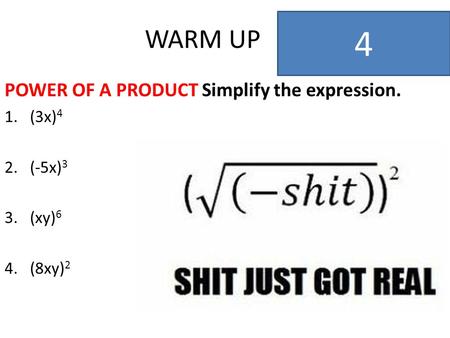 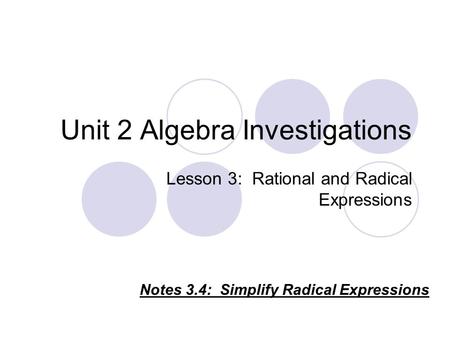 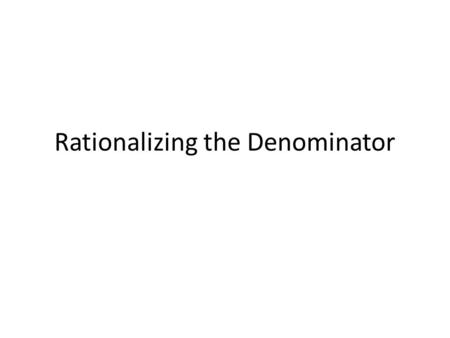 Rationalizing the Denominator. Essential Question How do I get a radical out of the denominator of a fraction? 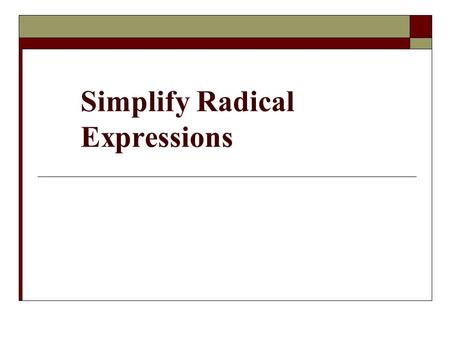 Simplify Radical Expressions. EQs…  How do we simplify algebraic and numeric expressions involving square root?  How do we perform operations with square. 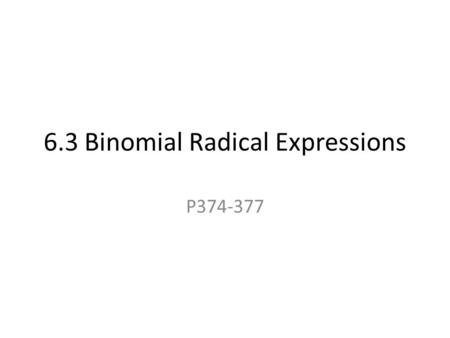 6.3 Binomial Radical Expressions P You can only use this property if the indexes AND the radicands are the same. This is just combining like terms. 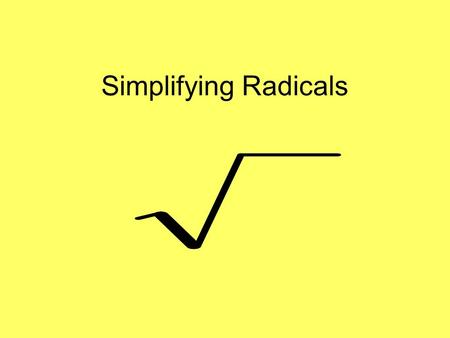 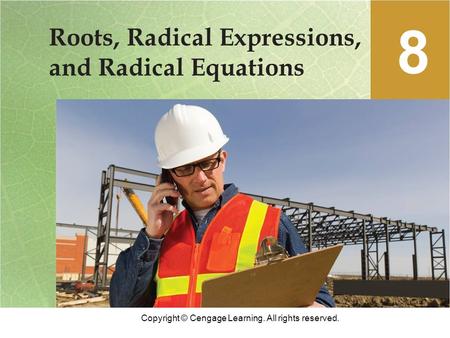 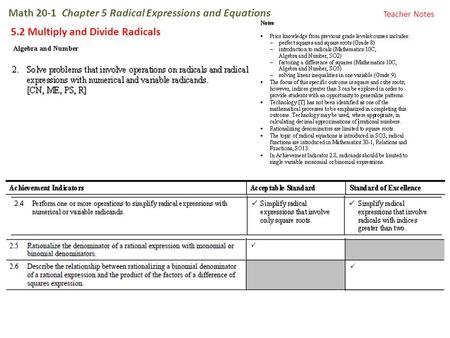 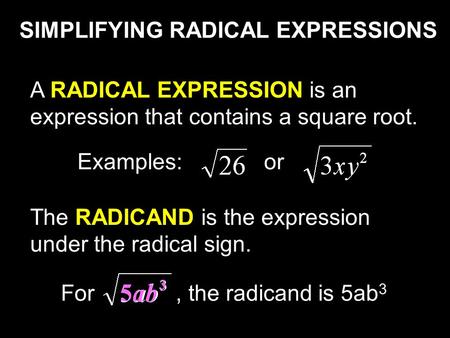 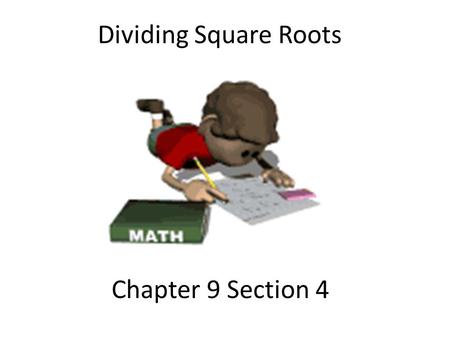 Chapter 9 Section 4 Dividing Square Roots. Learning Objective 1.Understand what it means for a square root to be simplified 2.Use the Quotient Rule to.