2 ELEMENTS Compare how traditional, command, and market economies answer the economic questions of (1) what to produce, (2) how to produce, and (3) for whom to produce. Explain how most countries have a mixed economy located on a continuum between pure market and pure command. Compare and contrast the economic systems in Israel, Saudi Arabia and Turkey Explain how specialization encourages trade between countries. Compare and contrast different types of trade barriers, such as tariffs, quotas, and embargos Explain the primary function of the Organization of Petroleum Exporting Countries (OPEC) Explain why international trade requires a system for exchanging currencies between nations. Explain the relationship between investment in human capital (education and training) and gross domestic product (GDP). Explain the relationship between investment in capital (factories, machinery, and technology) and gross domestic product (GDP). Explain the role of oil in these countries’ economies Describe the role of entrepreneurship

8 Economic System of Saudi Arabia
Saudi Arabia started as a traditional economy in the 1930s, but after oil was discovered the economy became a command economy. The government controls most of the oil and it funds education, defense, transportation and health. In the 1980s, the country would add power and natural gas as businesses, now having a mixed market economy, with a large part of the income coming from private businesses, but oil still brings in most of the income. Saudi Arabia is training young entreupreners to start their own businesses

9 Economic System of Israel
Israel has a mixed market economy, but has issues with immigration and fighting with other countries. The government and private companies control the economy, but the country has few natural resources, which causes them to import many goods. A lot of workers come to Israel to work in service (tourism, banking, retail). Israel also grows its own food and has to irrigate for water. The United States helps out the country in terms of providing economic aid. Israel also gets income from mining, manufacturing and diamonds

10 Economic System of Turkey
Turkey started with a command economy back in the 1920s. The government invested in dams, ports, railways and roads and developed steel and weapons production industries. Turkey now has a mixed market economy, with a large farming and textile industry. Turkey has begun to have many private businesses enter the country and is a big trader with Western Europe. Because of trade with Europe, they are pushing to join the European Union, which would boost their economy through loans and funding.

13 The Impact of OPEC OPEC stands for the Organization of Petroleum Exporting Countries 12 member organization Iran, Iraq, Saudi Arabia and Kuwait are members from SW Asia OPEC seeks to unify petroleum prices so the oil market is stable worldwide as well makes policies on oil trade and production Has control over prices, which effects prices of gas

17 The Impact of Oil on SW ASia
Oil is the most important natural resource in Southwest Asia Oil affects countries differently, depending on their access to it The countries that have the most oil are usually the controlling and powerful countries in the region 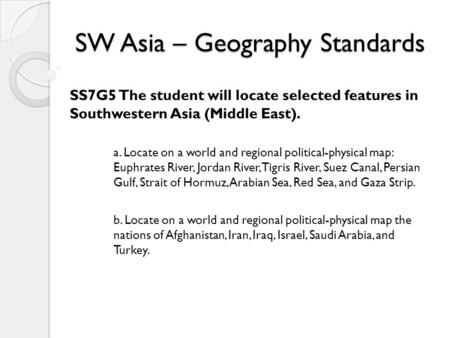 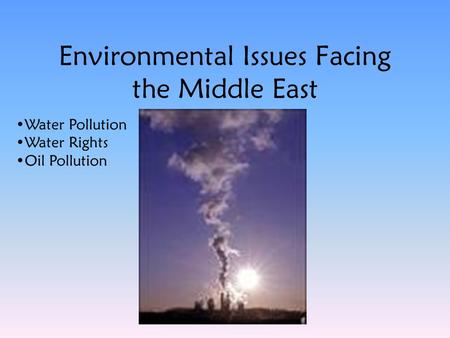 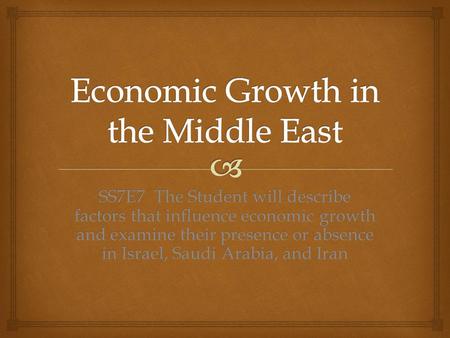 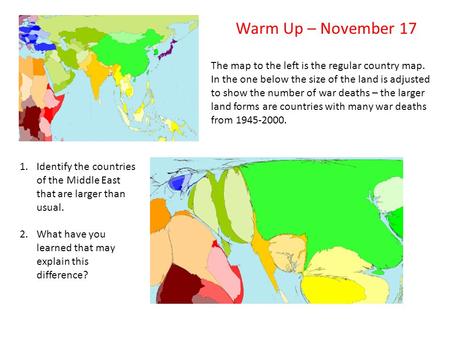 Warm Up – November 17 The map to the left is the regular country map. In the one below the size of the land is adjusted to show the number of war deaths. 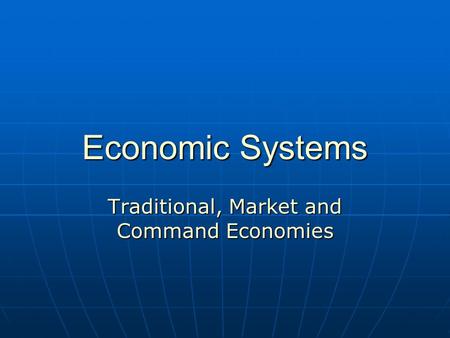 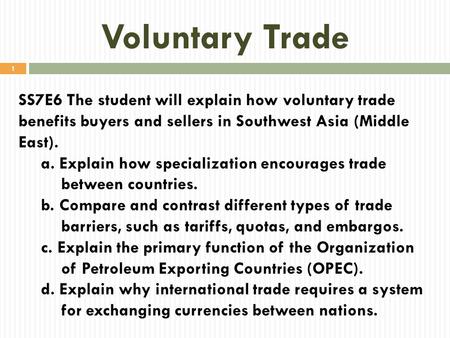