3 Definition of Communism (continued)
Communists traditionally have called for government ownership rather than private ownership of land, factories, and other economic resources (the means of production) There is also government planning of economic activities

6 Karl Marx (continued) Marx's basic ideas were first expressed in the Communist Manifesto (1848), a pamphlet that he wrote with Friedrich Engels (a German economist) Both Marx and Engels lived during the Industrial Revolution when factories were being built and people worked in horrible conditions

7 Karl Marx (continued) Marx believed the only way to ensure a happy, harmonious society was to put the workers in control His ideas were partly a reaction against hardships suffered by workers in England, France, and Germany during the Industrial Revolution

10 Karl Marx (continued) Marx called for the abolition of capitalism, an economic system in which the means of production are privately owned

11 Karl Marx (continued) Under capitalism, Marx argued the bourgeoisie (“the haves”) were the owners and managers of the means of production and the workers, or proletariat (“the have-nots”), were being exploited

12 Karl Marx (continued) Marx believed that eventually the workers would revolt against capitalism and take control of the means of production and set-up a classless, communist society 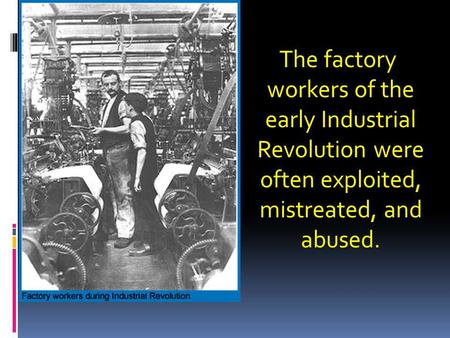 The factory workers of the early Industrial Revolution were 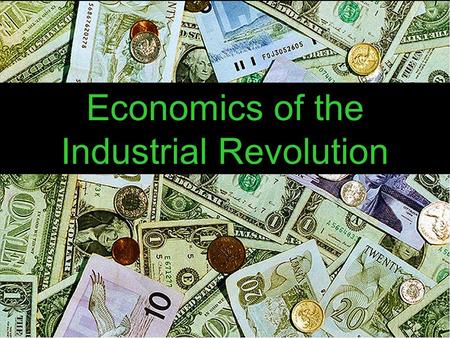 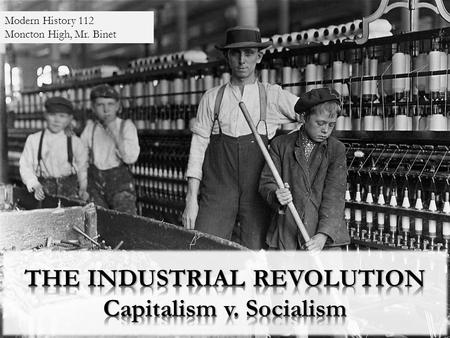 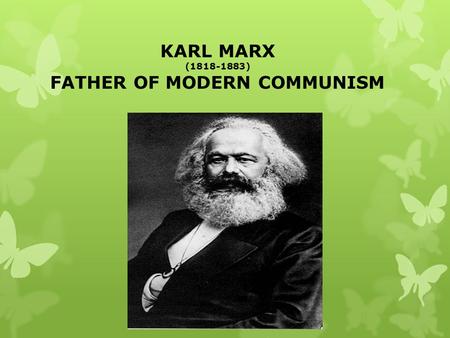 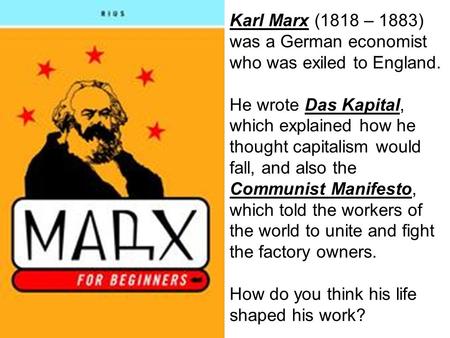 Karl Marx (1818 – 1883) was a German economist who was exiled to England. He wrote Das Kapital, which explained how he thought capitalism would fall, and. 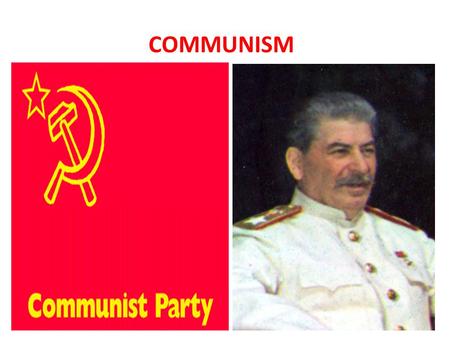 COMMUNISM. Communism Communism is a form of socialism that abolishes private ownership The goal is a classless society where people are equal The struggle. 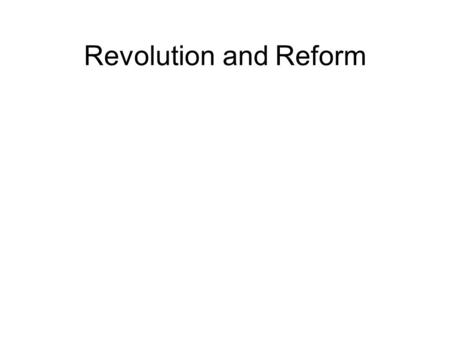 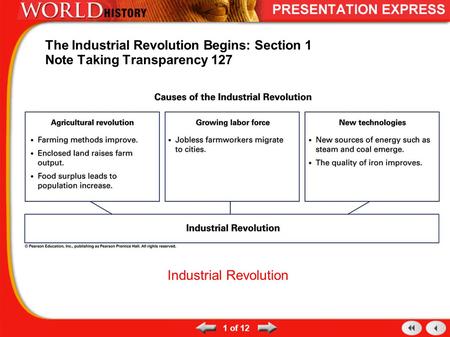 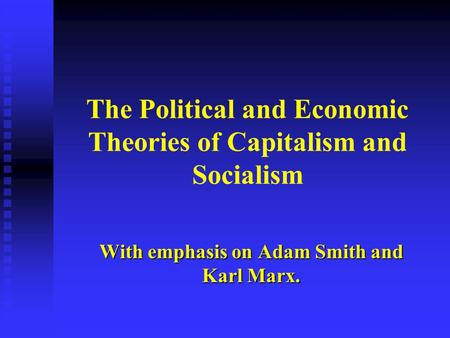 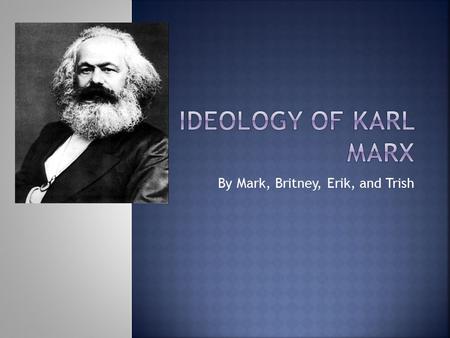 By Mark, Britney, Erik, and Trish.  Lived in the 1800’s ( )  was best known not as a philosopher but as a revolutionary communist  Published. 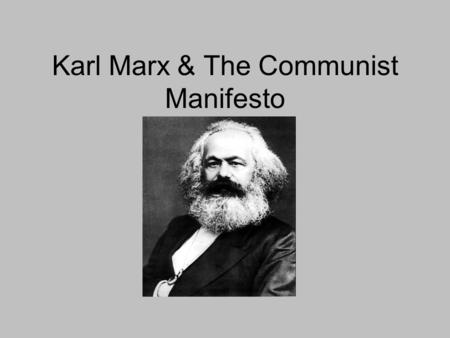 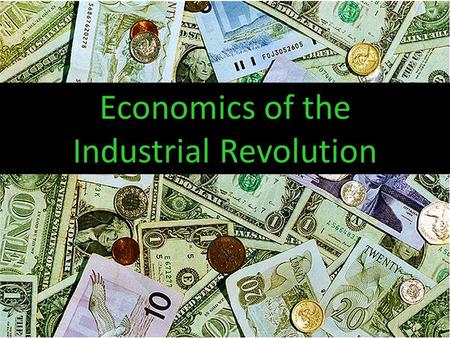 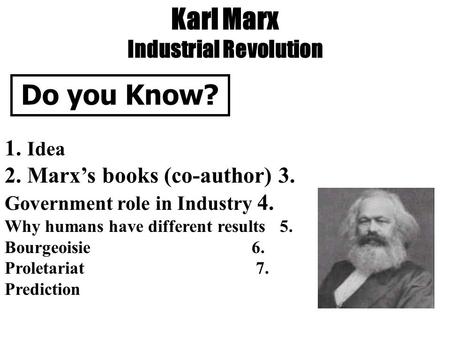 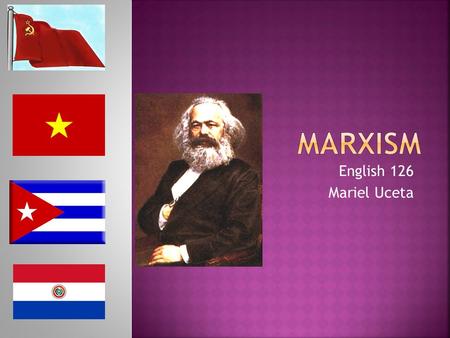 English 126 Mariel Uceta.  Marxism is a set of political and philosophical doctrines derived from the work of Karl Marx, German philosopher and revolutionary. 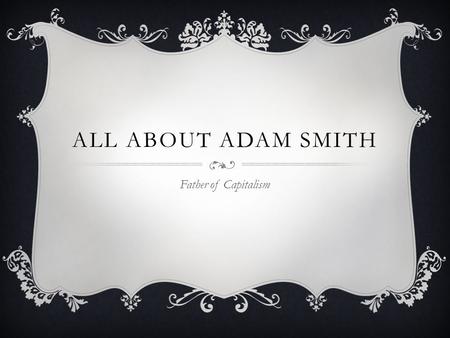 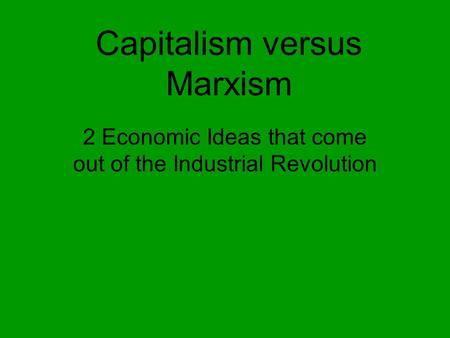 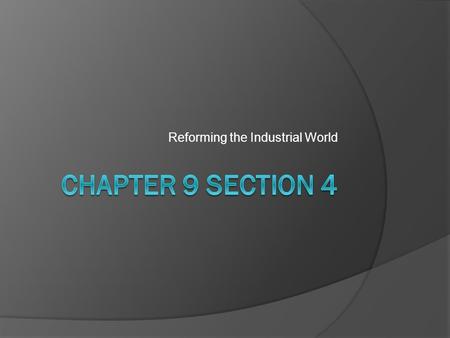 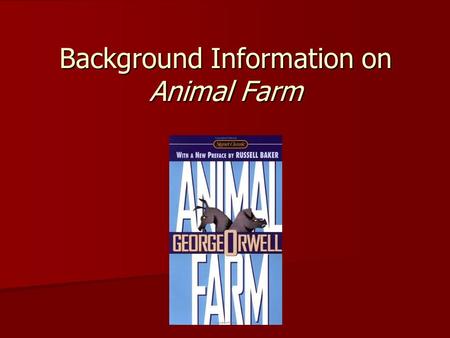 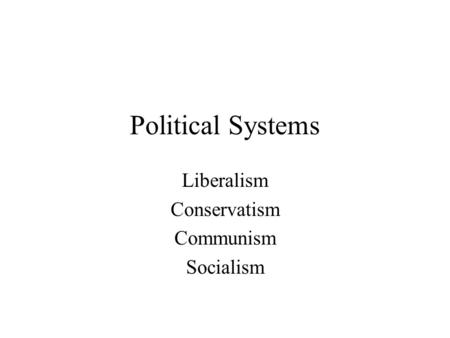