1 USDE Decisions on 2006 Amendments to the Texas AYP Handbook

4 Required Amendment #1 of 2 - Phase-in of Student Proficiency Standard Modify the Texas AYP to clarify the phase- in of the student proficiency standard under Critical Element 1.3. The SBOE set standards for student achievement in November 2002, as follows: 2005 – Panel Recommended (PR) 2004 – One SEM below PR 2003 – Two SEM below PR

5 Required Amendment #2 of 2 - 2005 Flexibility Agreement between TEA and USDE Update information in the Texas AYP Workbook for 2006 and 2007 AYP to incorporate provisions of the TEA/USDE agreement related to calculation of AYP for students with disabilities.

8 Hurricane Displaced Students Will be reported as a separate group for performance and participation. Will NOT be part of All Students or any other group. Will be evaluated for participation but not performance (report only). If district/campus misses AYP for displaced student participation ONLY, the USDE will review its AYP Status.

10 Districts Closed by Hurricane Rita In addition to flexibility under Option #2, if a district was closed 7 or more days due to Rita: –Determine AYP Status for district and its campuses –If the district/campus meets AYP, their status will be Meets AYP –If the district/campus misses AYP, their status will be changed to Not Evaluated

11 Districts Closed < 7 Days by Rita Districts who were closed by Hurricane Rita less than 7 days will be considered on a case-by-case basis. Districts must write an appeal letter in order to be considered. Districts will be expected to implement SIP requirements regardless of the outcome of appeals. 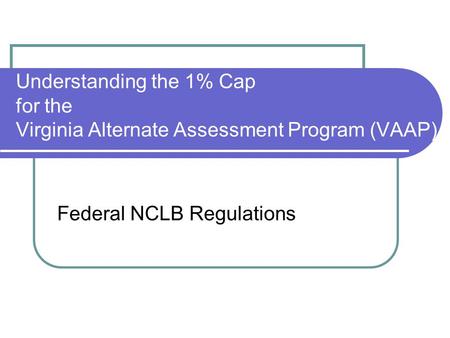 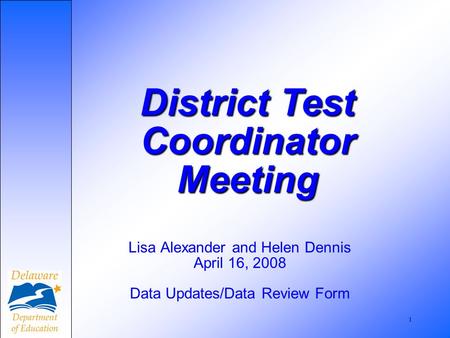 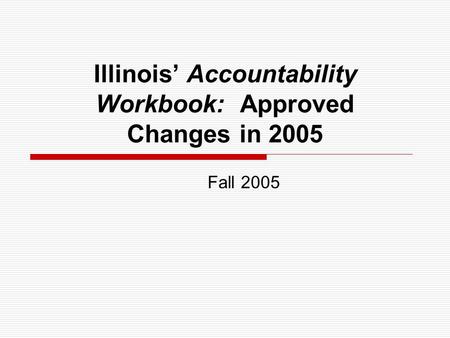 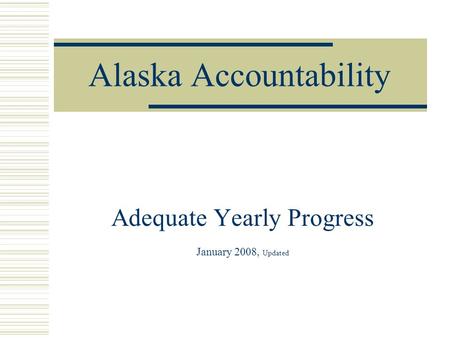 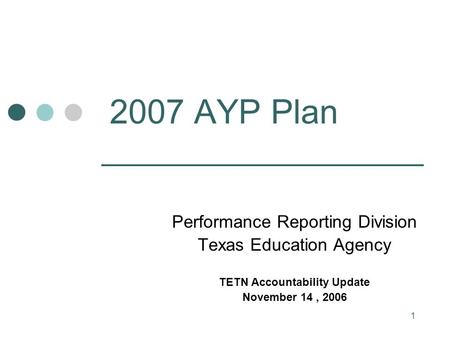 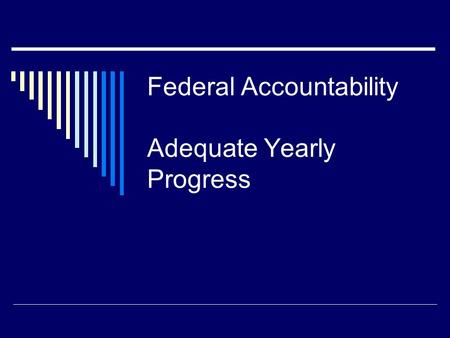 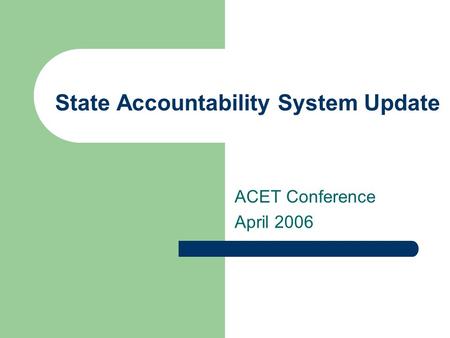 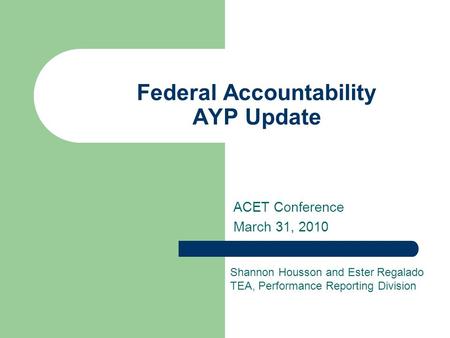 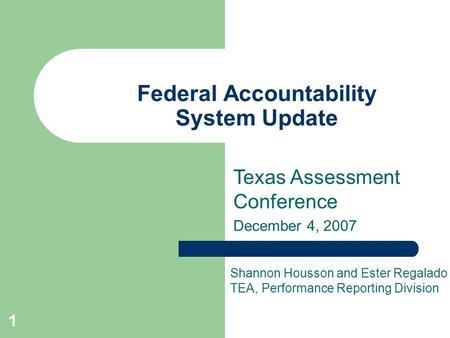 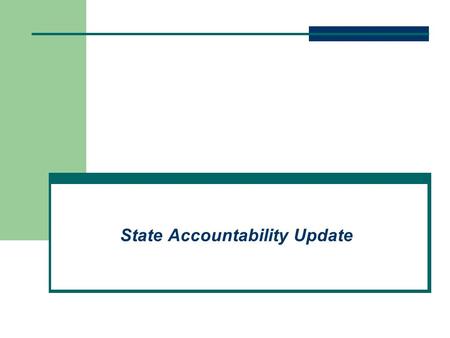 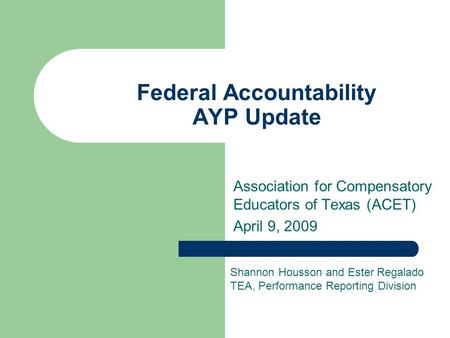 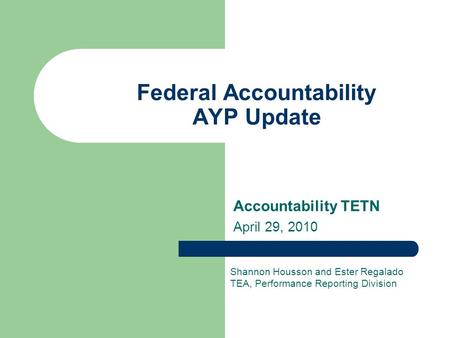 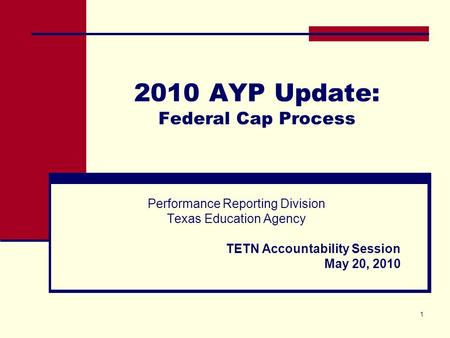 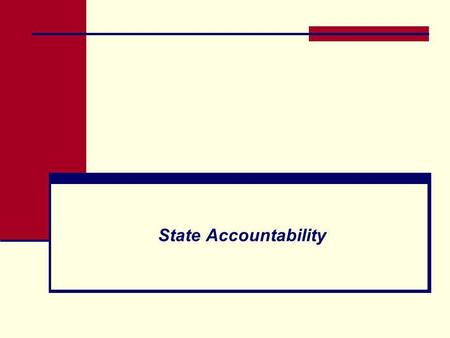 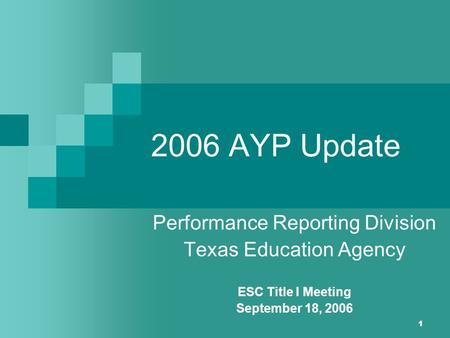 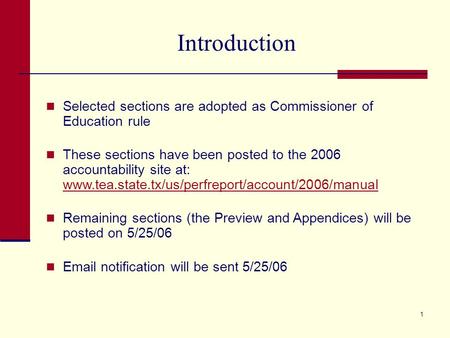 2006 Accountability Manual May 23, Introduction Selected sections are adopted as Commissioner of Education rule These sections have been posted. 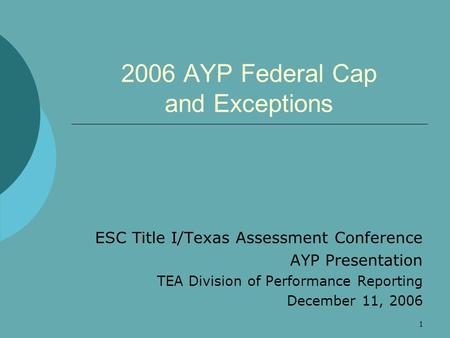 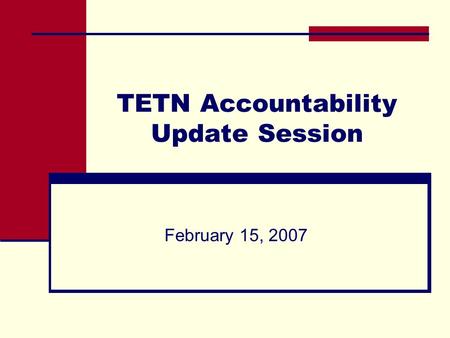 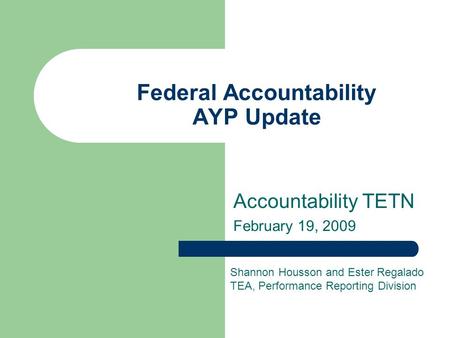