2 FY11 Budget Process Update: House FY11 Recommendation 2 Only fiscal amendment from the HWM budget adopted on House floor was to increase Mental Health item by $500K and reducing the Supportive account by the same amount.

3 FY11 Budget Process Update: House Budget Impact Overall, the House budget largely reflects the Governors FY11 recommendations (in terms of funding levels). Administration: Appropriation would force administrative reductions and potentially force a staff reduction. Access Management: Recommends the Governors FY11 level. Supportive: Despite the $500K reduction on the House floor, the House Final appropriation would be sufficient to meet FY11 needs. TANF Related Child Care: House Final budget would have at least a $9.5 million deficit from projected FY11 need. At this level we estimate that we will run out of funds after May, 2011 billing. Income Eligible: This funding level enables us to support the 4,500 kids for whom we opened access in February and March and the homeless slots planned. Grants to Head Start, Mental Health, UPK and Family Supports Line items: Level funded. 3

4 FY11 Budget Process Update: House Budget Language Access Accounts: Unlike the Governors recommendations, the House does not consolidate the three caseload accounts (Supportive, TANF Related and Income Eligible) into one account. There is, however, language within the three caseload accounts that enables limited transferability (similar to the original FY10 language). Access Management: The House added the following language to the CCR&R budget: …and provided further that voucher management, information and referral, and enhanced consumer education shall be provided by the same agency. This language comes with no additional funding for the CCR&Rs, but mandates that CCR&Rs perform the voucher management, information and referral, and enhanced consumer education. EEC, in response to FY2010 9C reduction, already made significant restructuring of various duties, specifically voucher management. Supportive – Transitional Period: The Supportive budget language would allow a 6-month transitional period for children to remain in Supportive Child care after the closure of their case. Initially, the HWM recommendation did not include this in its recommendations. 4 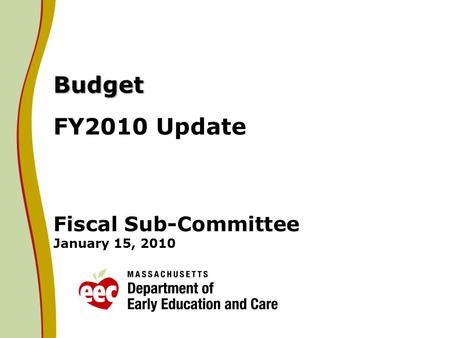 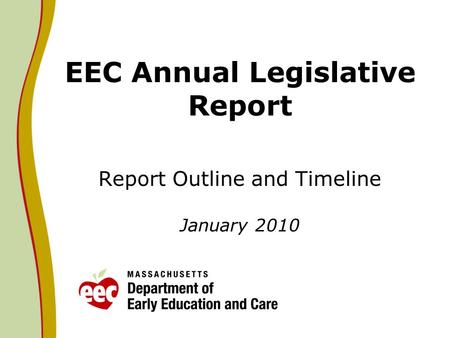 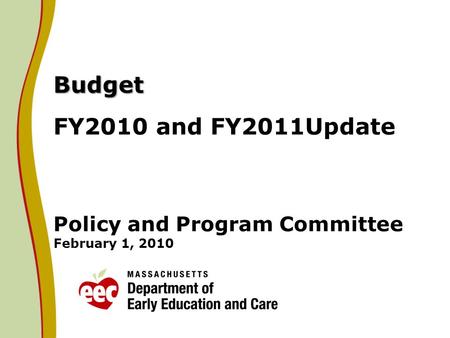 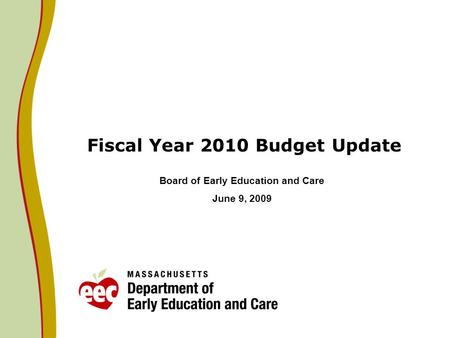 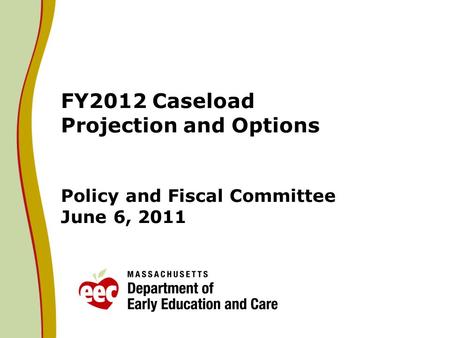 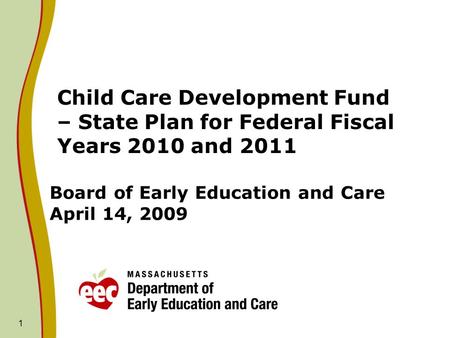 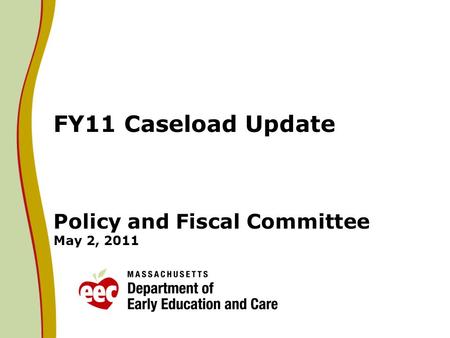 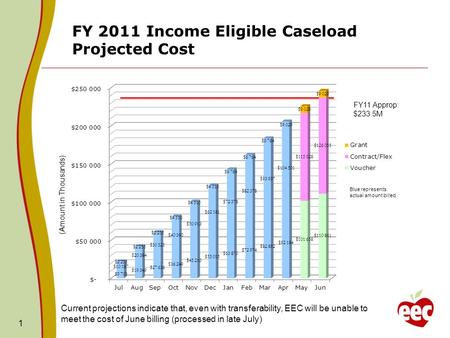 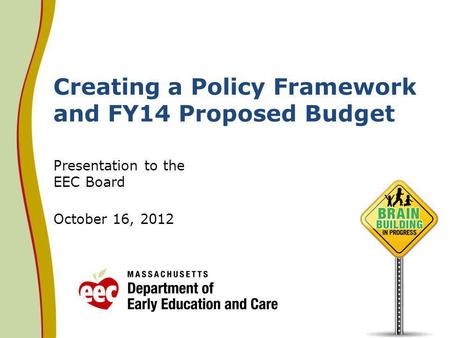 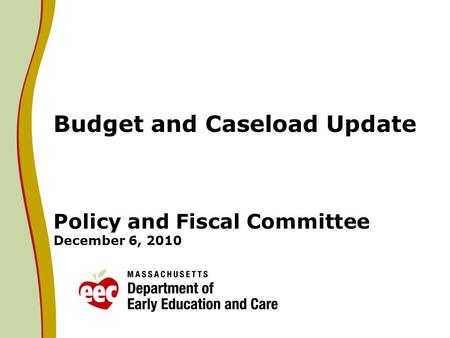 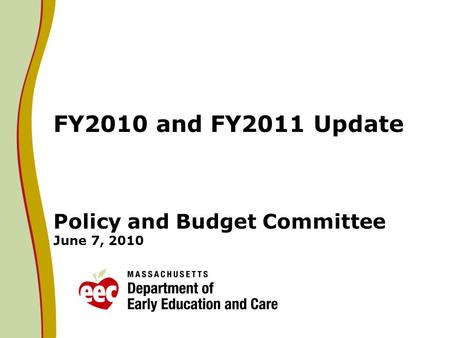 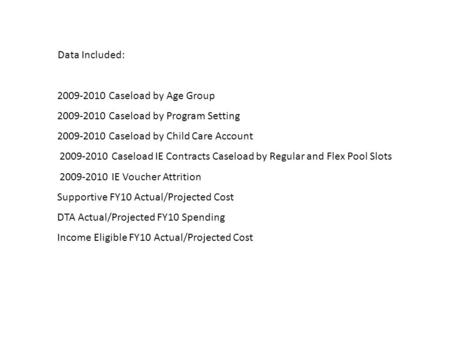 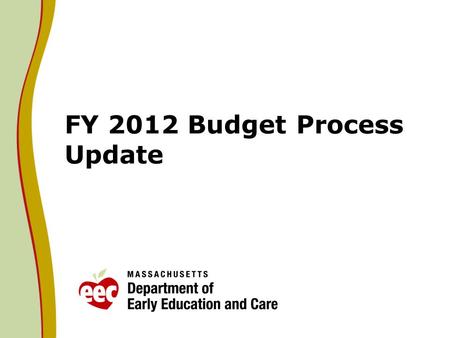 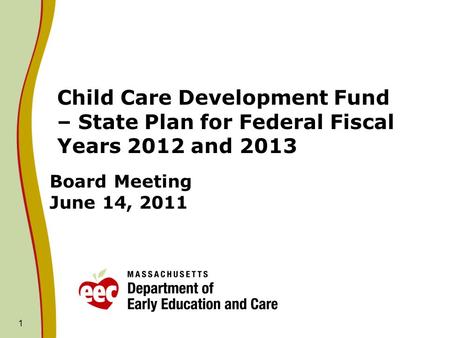 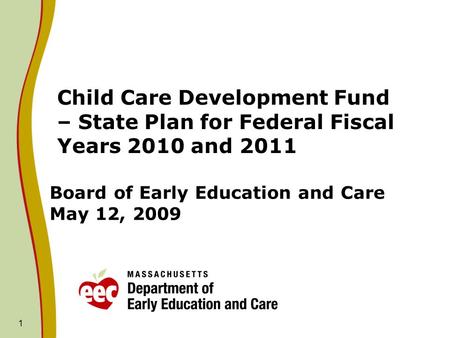 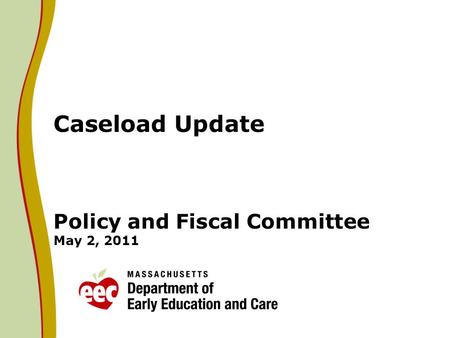 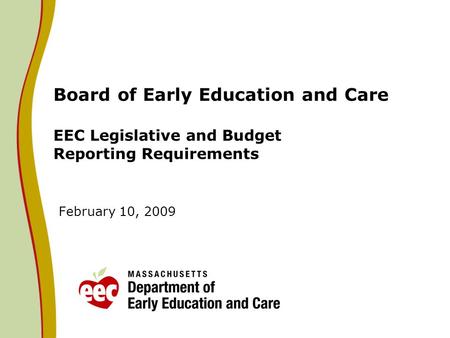 Board of Early Education and Care EEC Legislative and Budget Reporting Requirements February 10, 2009. 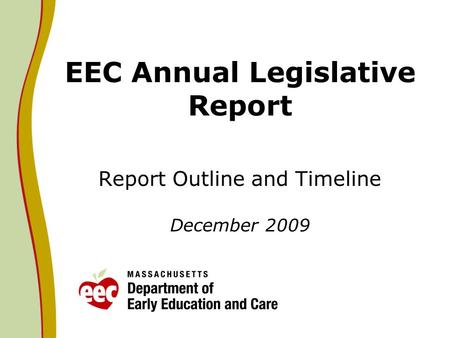 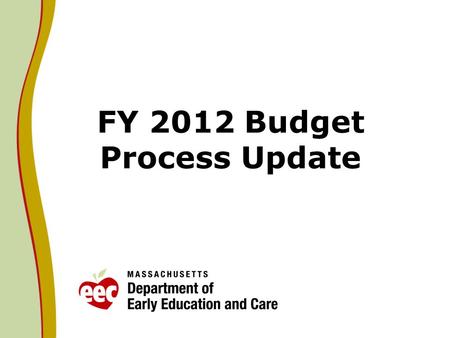 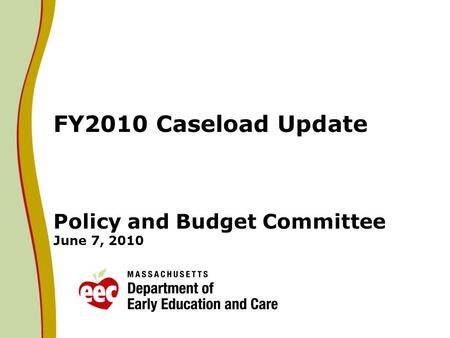