2 Internal Combustion Engine
Is an engine where air and fuel are burned with the release of this energy taking place within the engine. Their operation can be divided in compression, ignition, and carburetion.

3 Four Stroke Cycle Four Stroke
The four events in the operation of the four-stroke engine are: Intake, compression, power, and exhaust. Each event occurs with a linear movement of the piston which is called a stroke. Each cycle of events is completed after two revolutions of the crankshaft.

5 Four Stroke Cycle The downward movement of the piston creates a partial vacuum in the combustion chamber. The air-fuel mixture from the carburetor rushes into the combustion chamber as long as the intake valve is open and the pressure in the cylinder is lower than the pressure at the carburetor outlet. At the bottom of the piston stroke, bottom dead center (BDC) the camshaft has turned until the cam lobe no longer holds the intake valve open and the valve is closed by the valve spring.

8 Four Stroke Cycle The forth event is the exhaust stroke.
The fuel mixture burns rapidly and the expanding gases create pressure in all directions. The piston is propelled downward which in turn turn the crankshaft producing rotary motion. The forth event is the exhaust stroke. When the piston reaches the bottom of the power stroke the momentum of the flywheel and the crankshaft moves the piston up the cylinder.

10 Two Stroke Cycle Two Stroke The First event is:
The four events in the operation of the two stroke engine are: Intake, compression, power, and exhaust. All these events must occur but more than one event takes place during each piston stroke. The First event is: The air-fuel mixture is compressed in the combustion chamber.

12 Two Stroke Cycle During the downward movement of the piston all the power event has been completed and part of the intake and exhaust event has been completed. The piston starts its upward movement in the cylinder covering the intake and exhaust ports thus trapping the air-fuel mixture in the combustion chamber. The four events are completed in tow strokes and the crankshaft has made one revolution (360). 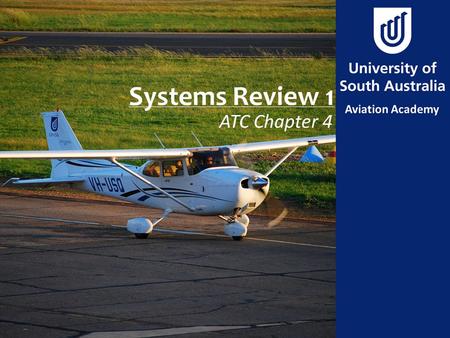 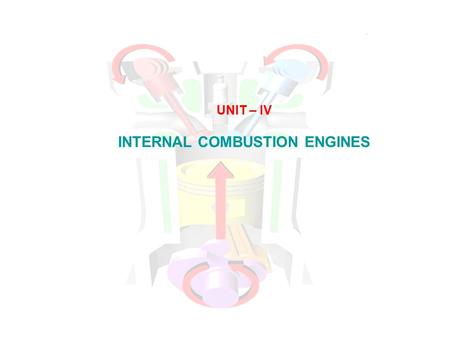 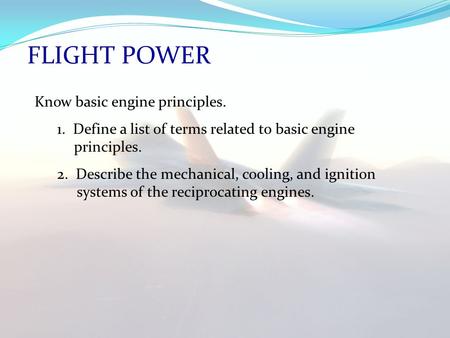 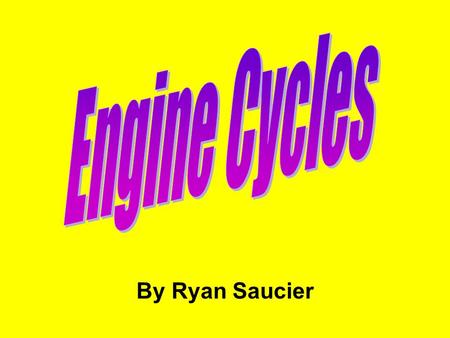