2 Go to Section: Control of Cell Division Section 10-3 Cells grow until they touch other cells If center cells are removed, cells near the space will start to grow again. SHOWS: Cell division genes can be turned on and off

3 CELL DIVISION GENES EXAMPLE: Cell division genes can be _________ in case of injury. Cells near injury are stimulated to divide to heal and replace damaged/missing cells and shut off when the repair has been made.

6 Levels of this protein rose and fell with the cell cycle so it was named __________ because it seemed to control the cell cycle. A whole family of CYCLINS have since been discovered that regulate the _____________________ in EUKARYOTIC CELLS CELL CYCLE REGULATORS Pearson Education Inc; Publishing as Pearson Prentice Hall

7 ______________ REGULATORS Proteins that respond to events inside the cell. Allow cell cycle to proceed only if certain processes have happened EX: Cell can’t enter mitosis until all the chromosomes have been copied OTHER REGULATORS

8 ______________ REGULATORS Proteins that respond to events outside the cell. Signals tell cell to speed up or slow down the cell cycle EX: Growth factors stimulate cells to divide Especially important during wound healing and embryo development OTHER REGULATORS http://www.suite101.com/files/topics/6234/files/tail_HumanTail.gif

9 Molecules on the surface of neighboring cells act as signals to slow down or stop the cell’s cycle. These signals prevent excessive growth and keep tissues from disrupting each other. EXTERNAL REGULATORS Pearson Education Inc; Publishing as Pearson Prentice Hall

12 Cancer cells Don’t stop dividing Like a “car with no brakes” Can spread to new places (METASTASIS) ______________ are substances that can damage DNA and cause cancer Ex: Cigarette smoke (OR CHEW), Radiation, chemicals in environment, even viruses, http://www.dfci.harvard.edu/abo/news/publications/pop/fall-winter-2004/images/metastasis_1.jpg

13 Cancer cells Cancer is complicated and can have many causes, but all cancers have one thing in common...… They have lost control over their _____________. Many cancers cells have a damaged or defective gene called _____, so they can’t respond to normal cell signals to control their growth. 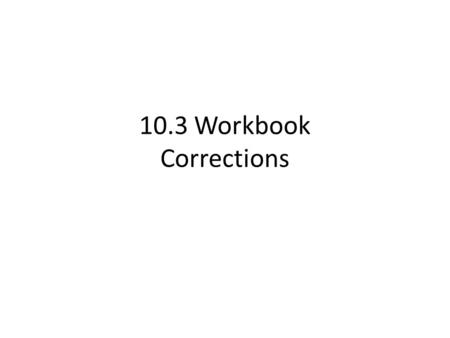 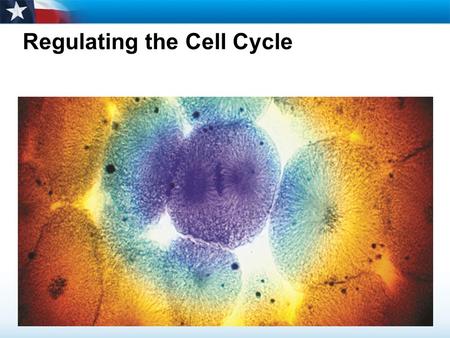 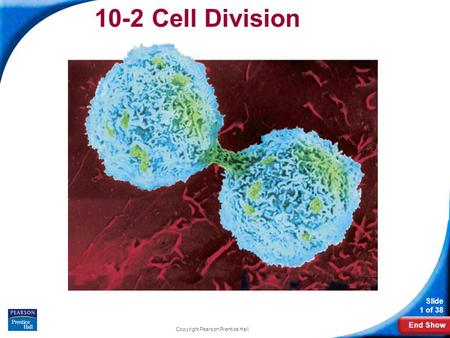 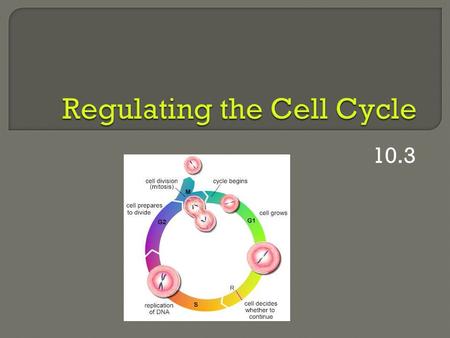 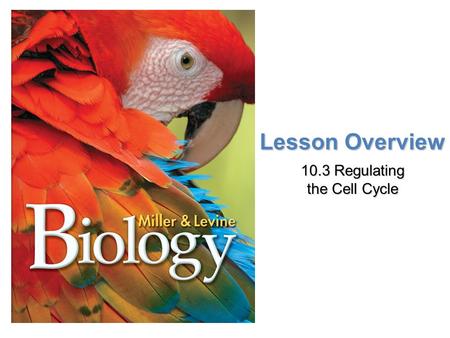 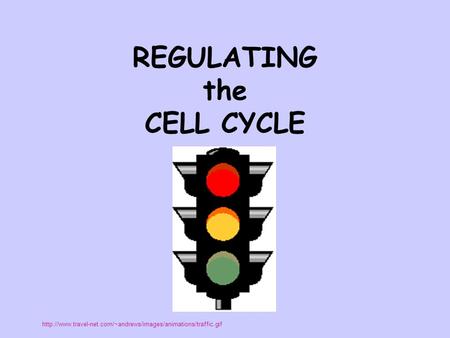 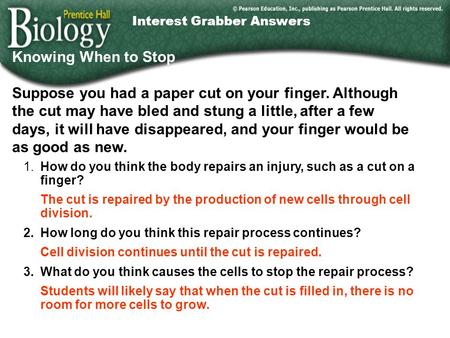 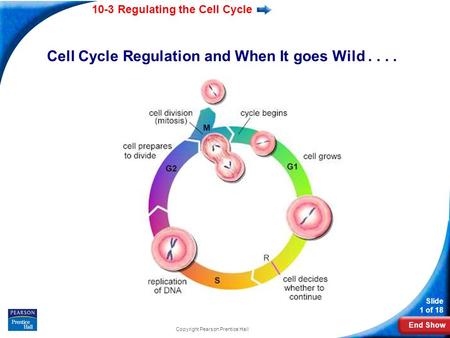 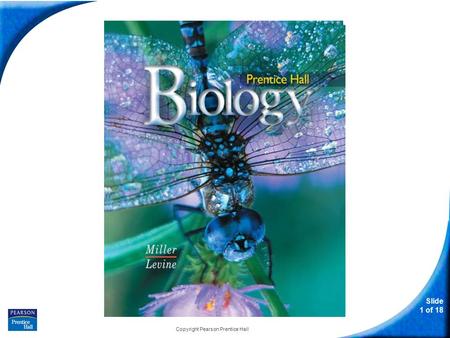 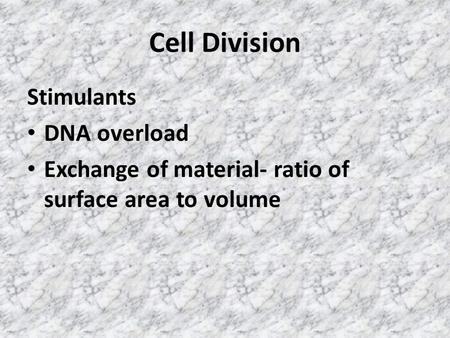 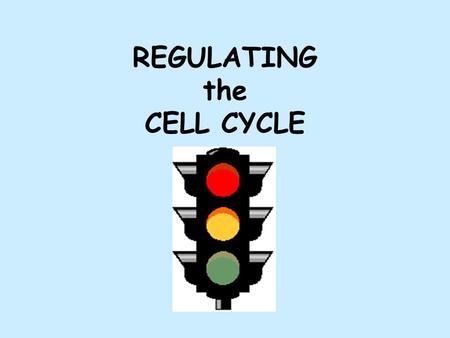 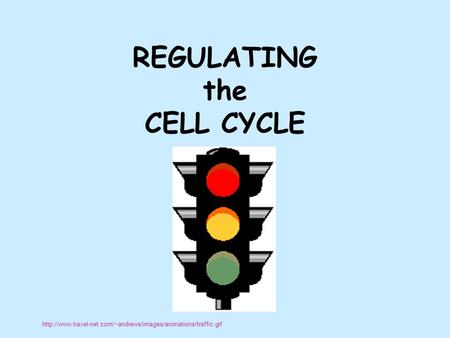 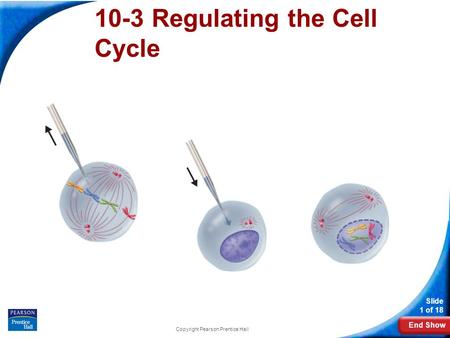 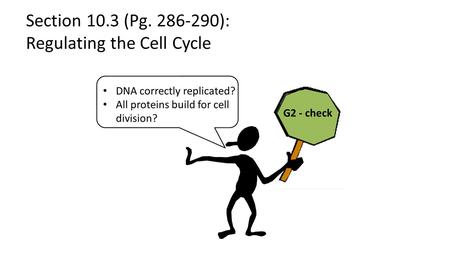 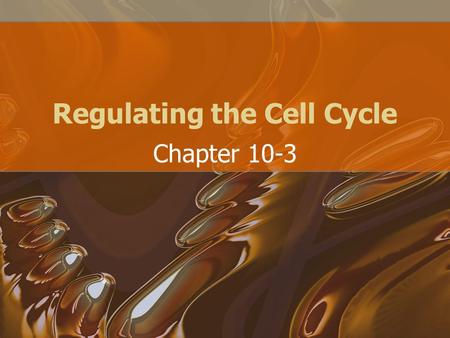 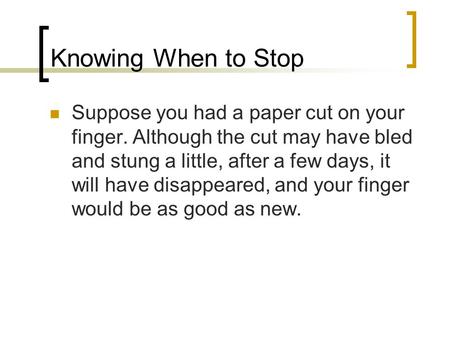 Knowing When to Stop Suppose you had a paper cut on your finger. Although the cut may have bled and stung a little, after a few days, it will have disappeared, 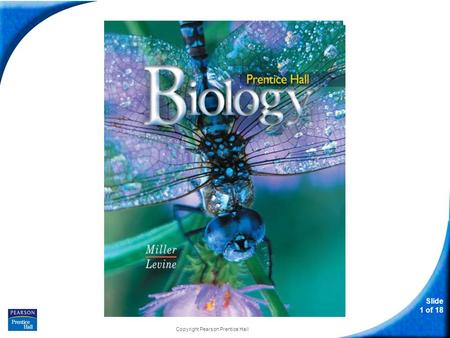 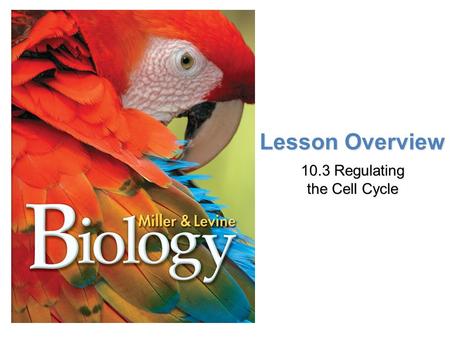 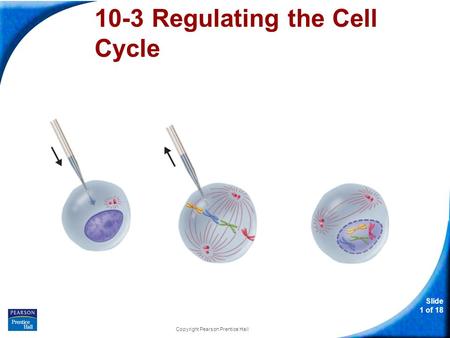