3 Industrial Revolution Takes place throughout the early and mid-1800s. Tons of new ideas and inventions change the way that Americans live forever These inventions affect all areas of life: factory work, farming, communications, transportation, and more

4 Why were these inventions needed? The idea behind all inventions is that they MAKE YOUR LIFE OR JOB EASIER. They SOLVE PROBLEMS. ◦ Why would you ever invent something to make your life harder?

6 Factory System James Watt: inventor of the Steam Engine ◦ This produces power to run machines in factories; later added to power trains, boats, and other machines ◦ Conditions are terrible; wages were poor; safety standards don’t exist yet ◦ The need for cotton increases dramatically

7 Communications Samuel Morse invents the telegraph machine in 1837. ◦ Along with this machine, he develops Morse Code, a system of short and long electric impulses that can be passed along a wire to represent letters and numbers.

8 Transportation New methods of transportation have many effects: 1.People can travel over greater distances. 2.Businesses can transport more goods. 3.Armies can supply and transport their soldiers more easily.

10 Transportation Robert Fulton ◦ Nautilus is the world’s first submarine ◦ More importantly, he builds the Clermont, the first effective steamboat in 1807. Solves the problem of up-river travel.

12 Farming Eli Whitney’s Cotton Gin: 1793 ◦ Arguably the single most revolutionary invention of its time, in that its effect on our society was the greatest in the shortest amount of time ◦ Used to “clean” cotton (removed seeds and thorns)

13 Effects of the cotton gin One slave with a cotton gin could do the work of 50 slaves without one Able to meet demand of Northeastern and British textile mills 1790: major Southern crops were tobacco & rice. Only 3,135 bales of cotton produced. By 1860, Cotton was King in the South. Over 3.8 million bales of cotton were produced

15 Effects of the cotton gin on slaves Answer: Breed them, just like you would horses, cows, or any other farm animal. Male and female slaves used to be kept separate, to prevent them from starting families. This made them easier to control. Slave owners began encouraging slaves to have children, so that they supply of slaves would not run out. Number of slaves in U.S. doubles between 1810 and 1840 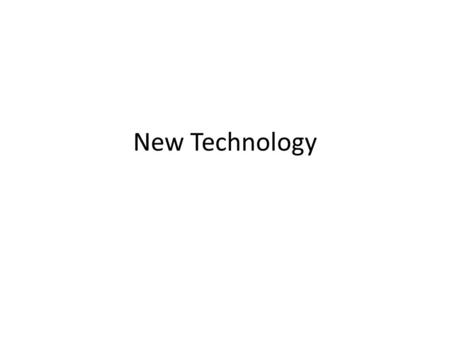