6 Hypovolemic Shock (Volume Problem)
Shock caused by: Loss of blood (trauma) Loss of plasma (burns) Other body fluid Vomiting Diarrhea Excessive sweating Excessive urination Blood is not the only type of fluid that may be lost from the body. For example, you may lose body fluid because of vomiting or diarrhea. You may lose plasma due to a burn. You can also lose fluid because of excessive sweating or urination. Shock caused by a loss of blood, plasma, or other body fluid is called hypovolemic shock.

8 Distributive Shock (Pipe Problem)
Blood vessels lose ability to adjust flow of blood Blood vessels remain enlarged Amount of fluid in the body remains constant Blood pools in outer areas of the body Not enough blood to fill enlarged vessels Vital organs are not perfused When shock caused by container failure occurs (distributive shock), the blood vessels lose their ability to adjust the flow of blood. Instead of expanding and constricting as needed, the blood vessels remain enlarged. The amount of fluid in the body remains constant (there is no actual loss of fluid), but blood pools in the outer areas of the body. As a result, there is an inadequate amount of blood to fill the enlarged vessels, and the vital organs are not perfused.

12 Stages of Shock Early Shock
In early shock, the body’s defense mechanisms attempt to protect the vital organs (the brain, heart, and lungs). You can recognize signs of early shock by assessing the patient’s mental status, breathing, skin color, temperature, and moisture, heart rate, strength of peripheral pulses, and capillary refill (in children younger than 6 years of age). Early shock is usually reversible if it is recognized and the patient receives emergency care to correct the cause of the shock. If early shock is not recognized or corrected, it will progress to the next stage.

13 Stages of Shock Late Shock
When the patient’s systolic blood pressure drops to less than 90 mm Hg, late (decompensated) shock is present. In late shock, the body’s defense mechanisms lose their ability to make up for the lack of oxygenated blood. A patient in late shock looks very sick. He is usually slow to respond, confused, or may even be unresponsive. His breathing is shallow, labored, and irregular. The patient’s skin is cool, moist, and may be pale, blue, or mottled. His pulse is fast and hard to feel (thready), or may be absent in his arms and legs. The signs of late shock are more obvious than early shock, but late shock is more difficult to treat. It is still reversible if the cause of the problem is quickly corrected.

20 Older Adults Suspect septic shock if tachycardic and hypotensive if other causes of shock are not obvious. Difficulty tolerating hypotension caused by hemorrhage Beta-blockers, calcium channel blockers Suspect septic shock in an older adult who is tachycardic and hypotensive if other causes of shock (such as hemorrhage) are not obvious. Sepsis can occur in older adults due to pneumonia or an infection from an indwelling catheter, among other causes. Older adults have difficulty tolerating hypotension caused by hemorrhage due, in part, to inefficient blood vessel constriction. In addition, medications that the patient may be taking can prevent the patient’s heart rate from increasing, which is the body’s normal compensatory response to hemorrhage. For example, the patient may not be tachycardic if he is taking drugs such as beta-blockers and calcium channel blockers.

23 Emergency Care for Shock
Place patient supine Raise feet 6 to 12 in if no trauma present Give oxygen Prevent heat loss Perform physical examination Take vital signs, gather medical history Rapid transport Splint any bone or joint injuries en route Comfort, calm, and reassure patient Reassess at least every 5 minutes If trauma or injury is not present or suspected, raise the feet about 6 to 12 inches (30 to 45-degrees). Do not raise the feet if the movement or the position causes the patient pain. 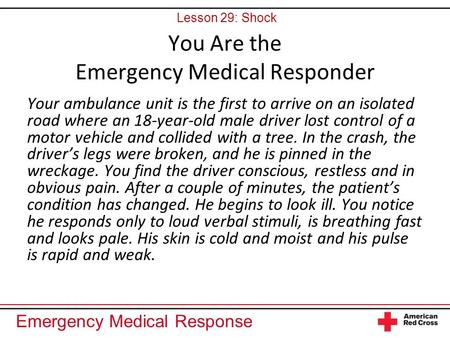 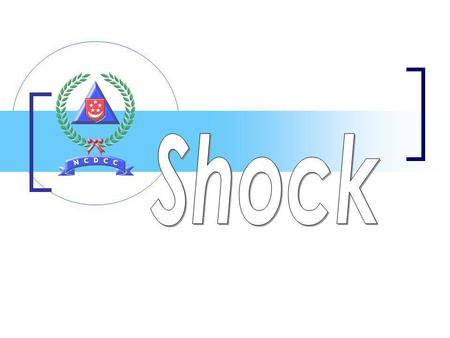 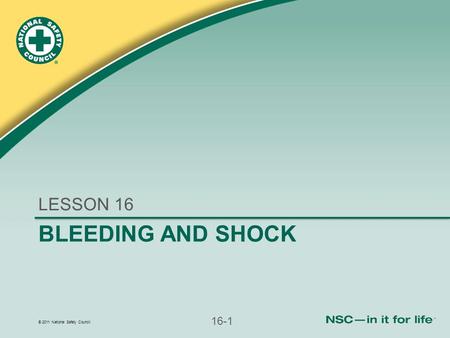 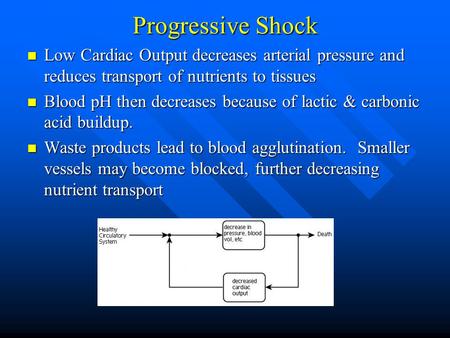 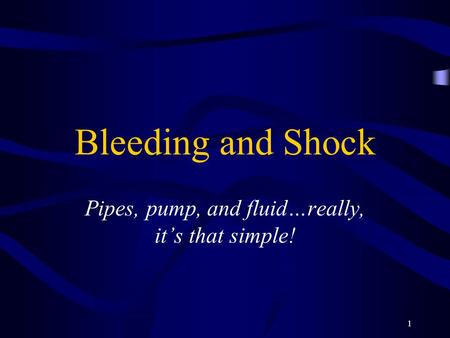 1 Bleeding and Shock Pipes, pump, and fluid…really, it’s that simple! 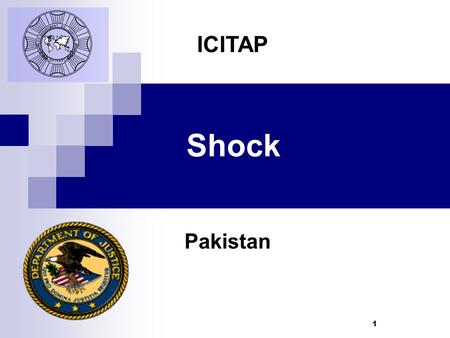 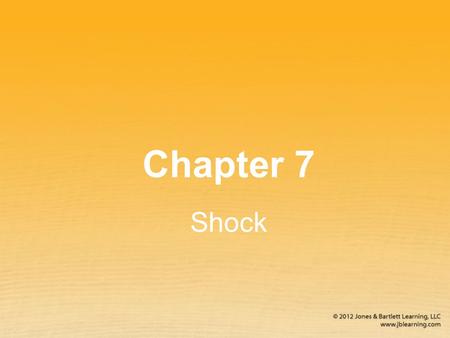 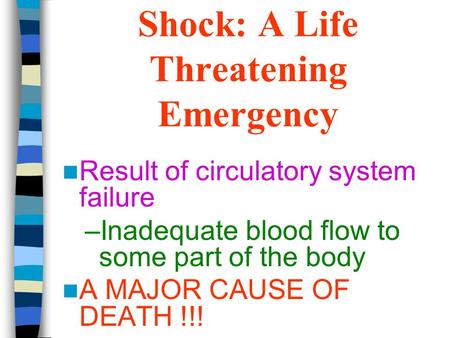 Shock: A Life Threatening Emergency Result of circulatory system failure –Inadequate blood flow to some part of the body A MAJOR CAUSE OF DEATH !!! 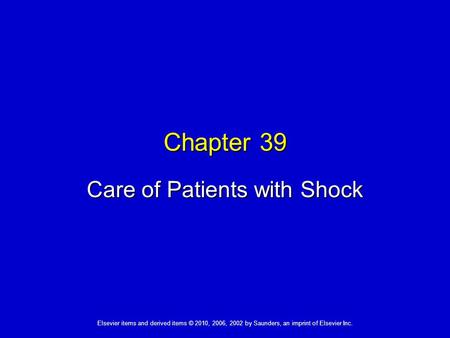 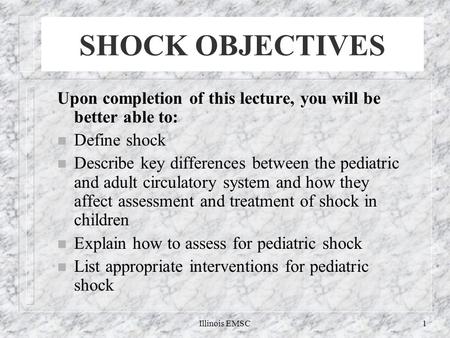 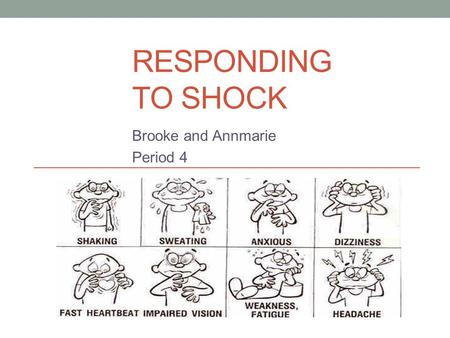 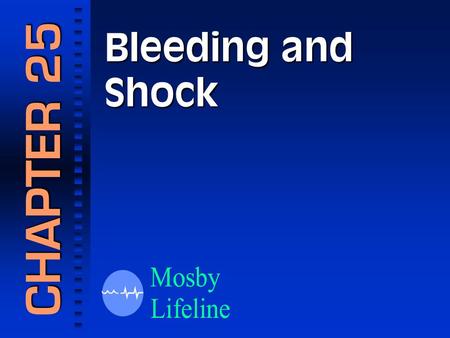 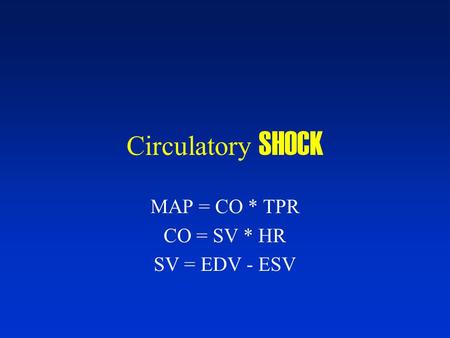 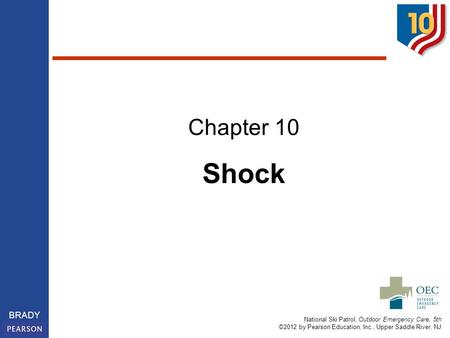 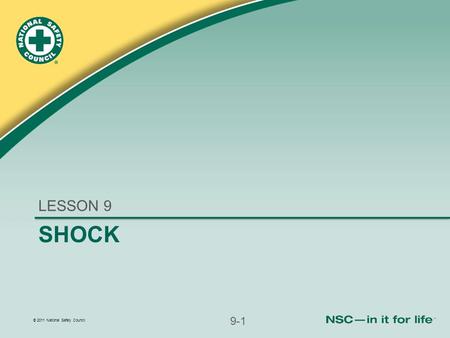 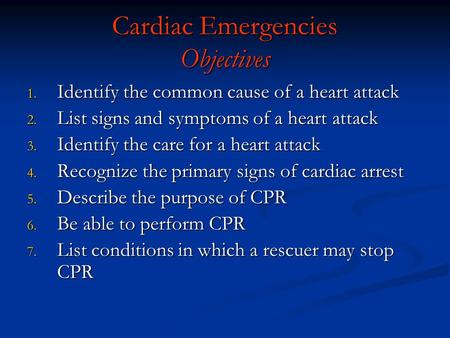 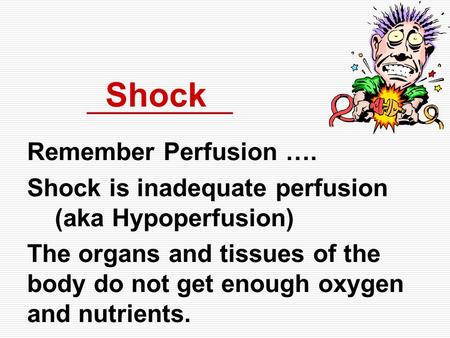 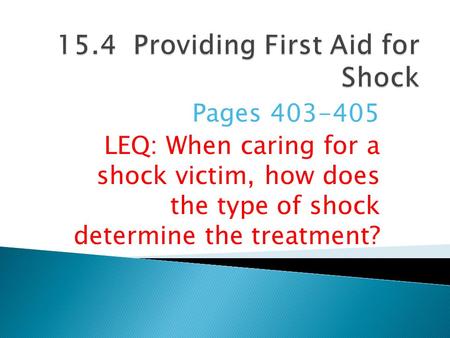 Pages LEQ: When caring for a shock victim, how does the type of shock determine the treatment? 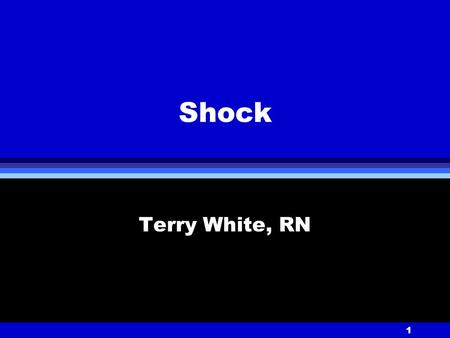 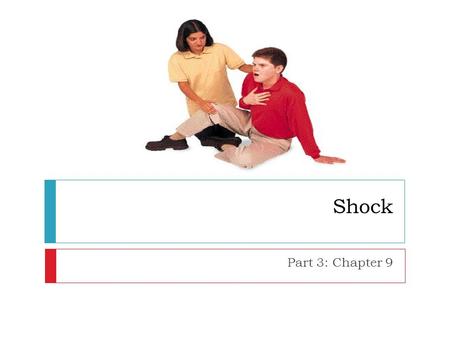