3 Breast Cancer Index (BCI)
The BCI is a PCR-based assay that stratifies patients into 3 risk groups and has been shown to predict distant recurrence beyond clinical and pathophysiological parameters. It consists of 2 independently developed biomarkers. HOXB13:IL17BR (H/I) gene expression ratio: Prognostic and predictive for extended adjuvant hormonal therapy benefit Molecular Grade Index: A set of cell cycle-related genes that predicts for distant recurrence beyond tumor grade The BCI Linear Model was trained on the untreated arm of the Stockholm Trial and was the BCI model used in the current analysis. Sgroi DC et al. Proc SABCS 2012;Abstract S1-9.

11 Author Conclusions BCI significantly predicts a 10-year distant recurrence rate beyond CTS for patients with ER-positive, LN-negative BC. BCI is a significant prognostic factor beyond CTS for predicting late distant recurrence of 5 to 10 years. Oncotype DX RS and IHC4 scores are not significant prognostic factors for late distant recurrence of 5 to 10 years. The performance of BCI for patients at good risk with LN- negative, ER-positive primary tumors identified the following 2 groups at the point of diagnosis: Those at low risk of early recurrence, who are adequately treated with endocrine therapy (ET) Those at high risk of early recurrence, who do not benefit adequately from simple ET and should be considered for additional therapy (chemotherapy or other) Sgroi DC et al. Proc SABCS 2012;Abstract S1-9.

12 Author Conclusions (Continued)
At the point of a follow-up of 5 years disease free, BCI identified 2 groups of patients: Those at low risk of late recurrence, who do not need subsequent therapy Those at significant risk of late recurrence, who should be considered for additional or alternative systemic adjuvant therapy Sgroi DC et al. Proc SABCS 2012;Abstract S1-9.

13 Investigator Commentary: Comparative Performance of BCI vs RS and IHC4 in Predicting Late Recurrence for Hormone Receptor-Positive, LN-Negative BC This is a subset study of the BCI in tumors from 665 patients on the large TransATAC trial with HR-positive, LN-negative BC who had received prior tamoxifen or anastrozole only. One must be cautious when interpreting data about the efficacy of a biomarker when including subsets on which the biomarker (IHC4) was trained. It is now being recognized that ER-positive BC carries a constant ongoing risk of relapse beyond the first 5 years. Because the biology that differentiates risk of early versus late relapse is not fully understood, many therapeutic studies are being conducted in this field. After 10 years of follow-up, this study showed that BCI was prognostic. If the BCI is classified into low-, intermediate- and high-risk groups, patients in the low-risk group had <5% risk of relapse. The intermediate- and high-risk groups had 18% and 30% risk of relapse, respectively. In the first 5 years, it seemed that the low- and intermediate-risk groups had an especially low risk of relapse when grouped together. After year 5, patients with low risk of relapse had a low BCI and the intermediate- and high-risk BCI groups had a 13% risk of relapse. However, for years 5 to 10, the RS score didn’t perform well from a prognostic standpoint. These data are interesting, and I believe it’s highly important that we get a grip on identifying patients who need to receive extended adjuvant therapy. Interview with Lisa A Carey, MD, January 17, 2013 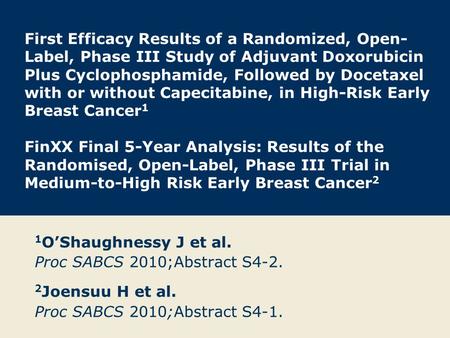 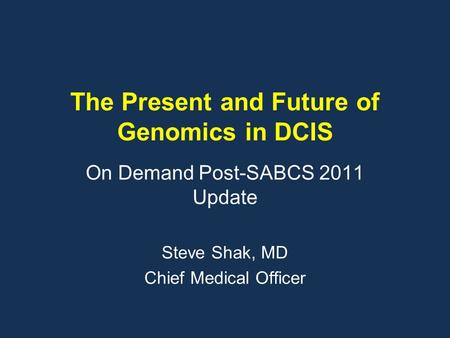 The Present and Future of Genomics in DCIS 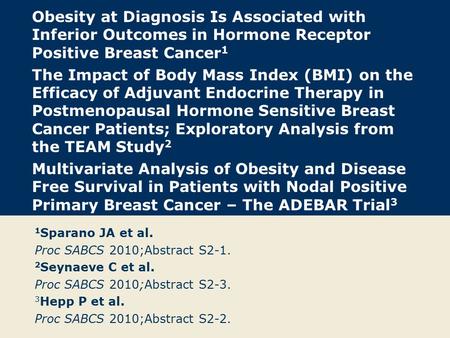 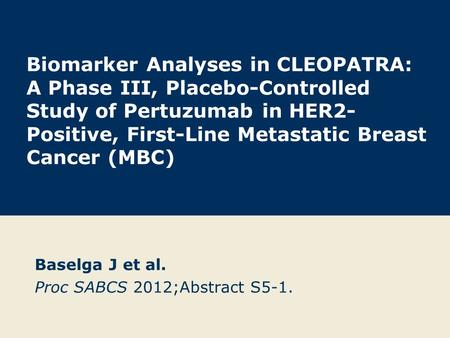 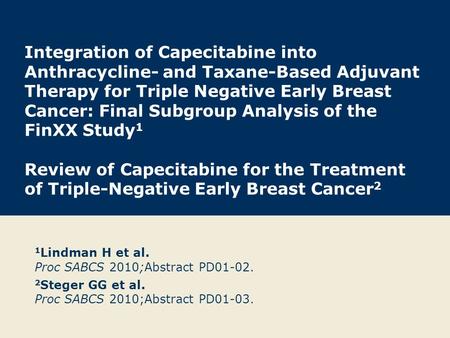 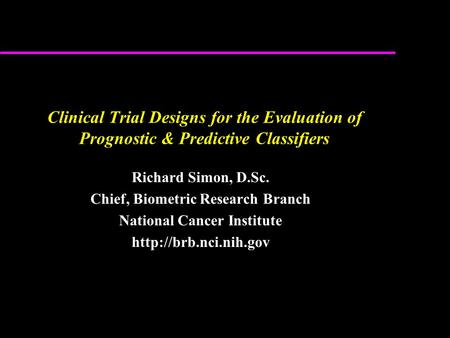 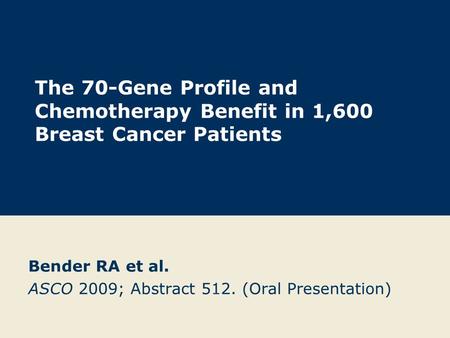 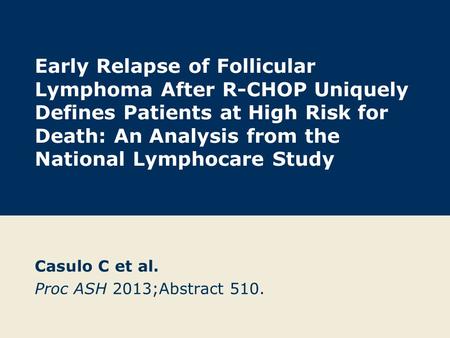 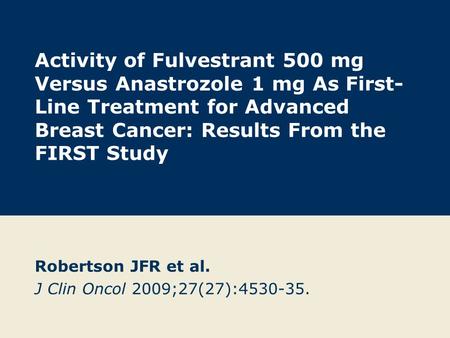 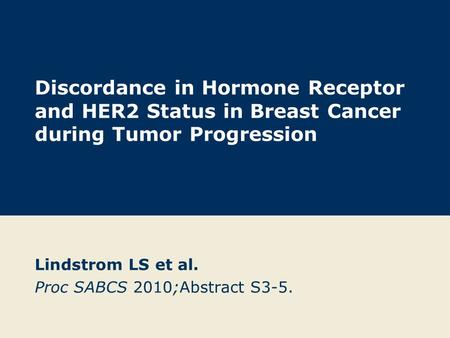 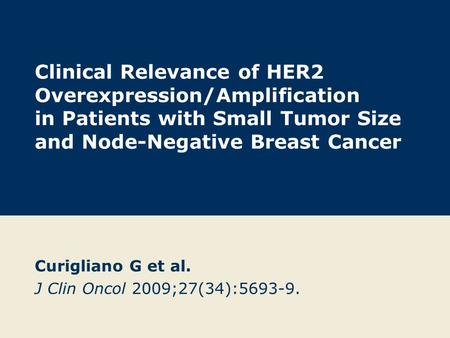 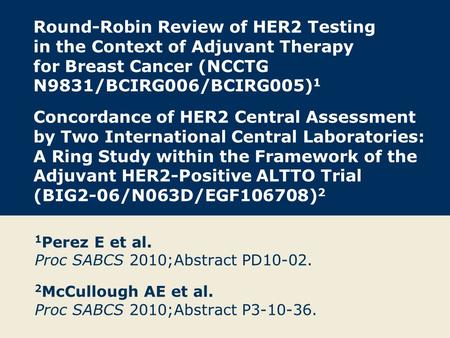 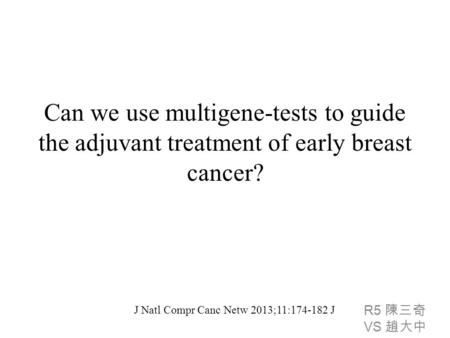 Can we use multigene-tests to guide the adjuvant treatment of early breast cancer? R5 陳三奇 VS 趙大中 J Natl Compr Canc Netw 2013;11: J. 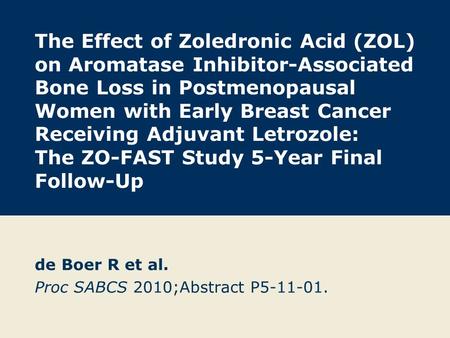 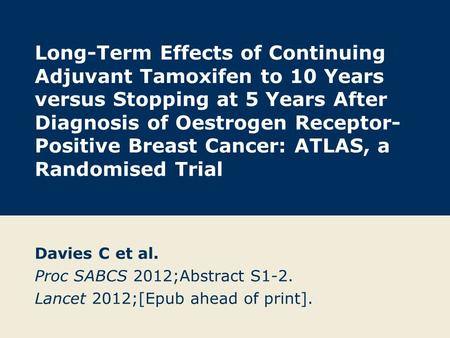 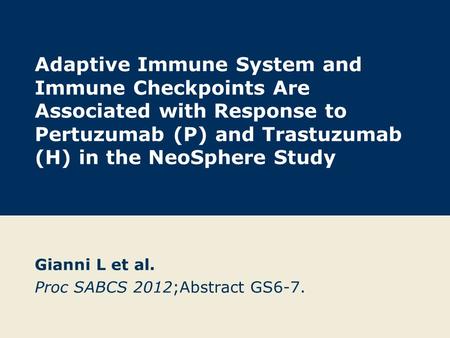 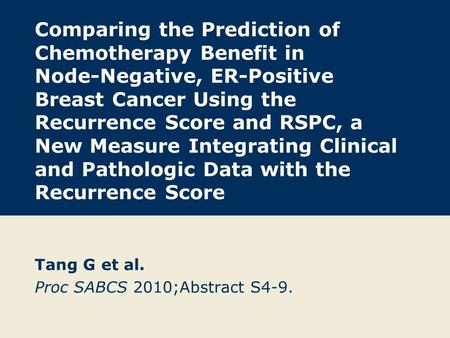 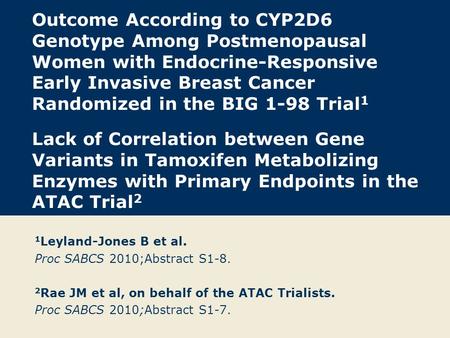 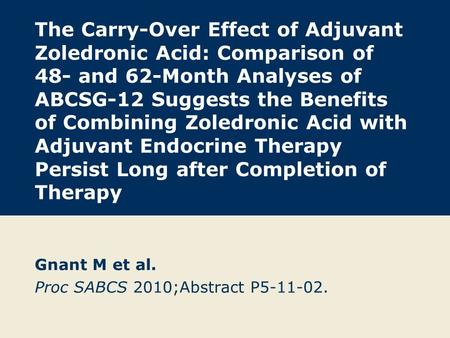