3 Overview of the NENA region High economic growth (5%) Social indicators improved but did not catch up Overall poverty declined but not rural poverty -Decline in poverty rate from to 31% to 25% (10 years) -60% of the poor live in rural areas -54 million poor rural people -Mostly in rainfed and mountain areas -Smallholders, herders, landless, women and youth High agriculture potential in some countries and skilled labour force

5 Achievements of MDGs in NENA Group I: countries with good progress, in line with MDG targets: Egypt, Morocco, Syria, Tunisia and Turkey Group II: some progress, but below MDG targets: Algeria, Jordan and Lebanon Group III: very little progress: Djibouti, Somalia, Sudan, Yemen, Iraq and West Bank and Gaza (LDCs) The poorest countries are those with the least achievements All countries have been affected by increasing food prices in 07-08 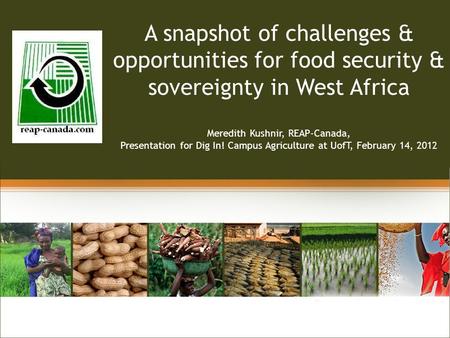 Linking A snapshot of challenges & opportunities for food security & sovereignty in West Africa Meredith Kushnir, REAP-Canada, Presentation for Dig In! 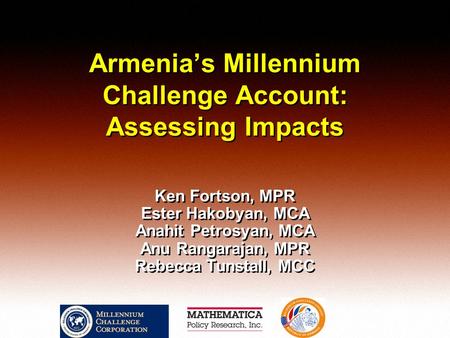 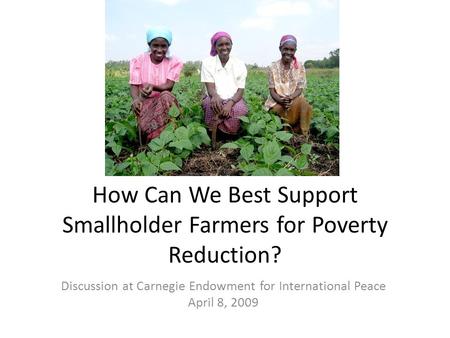 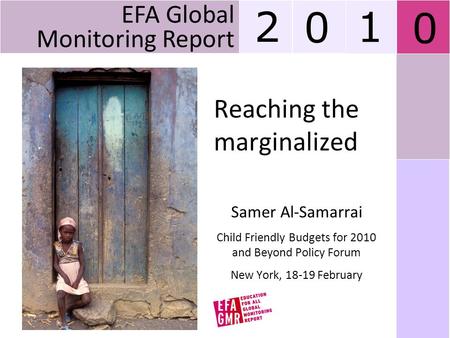 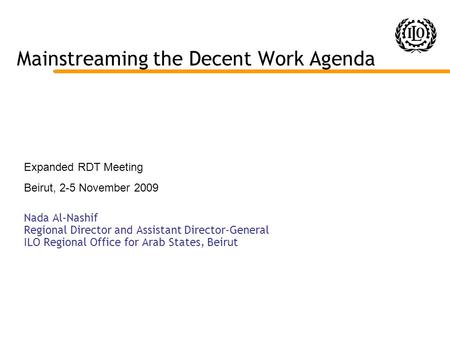 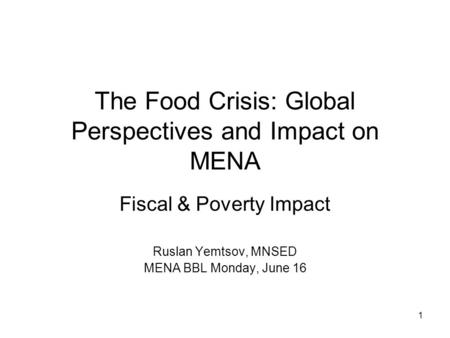 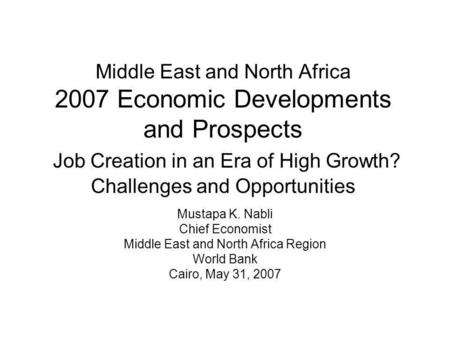 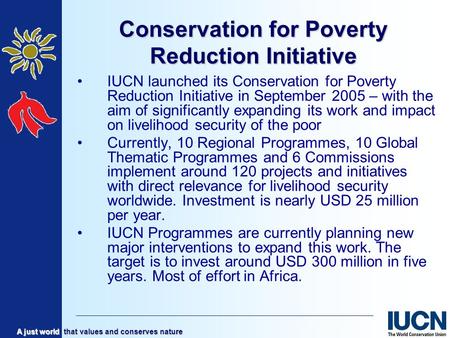 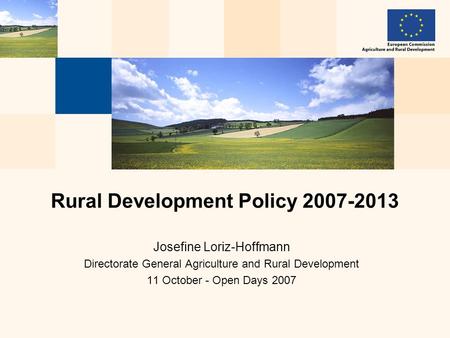 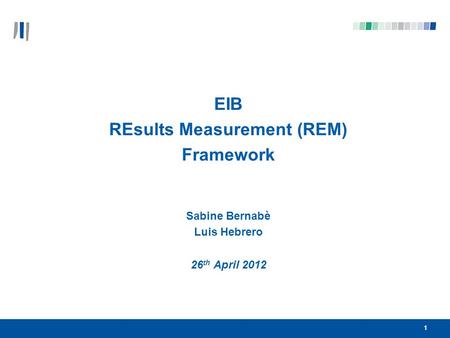 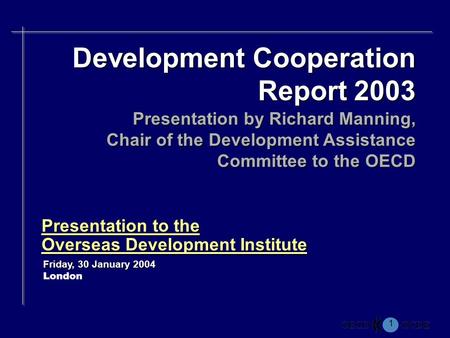 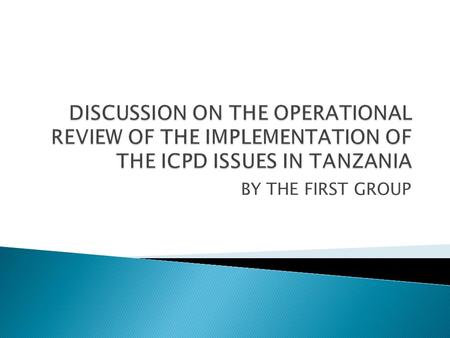 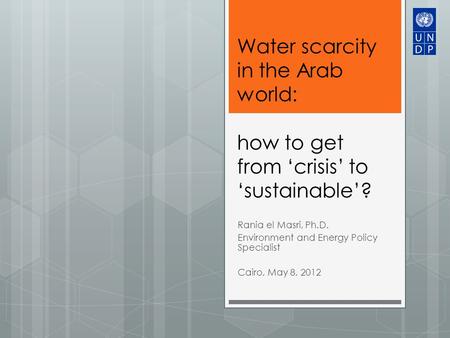 Water scarcity in the Arab world: how to get from crisis to sustainable? Rania el Masri, Ph.D. Environment and Energy Policy Specialist Cairo, May 8, 2012. 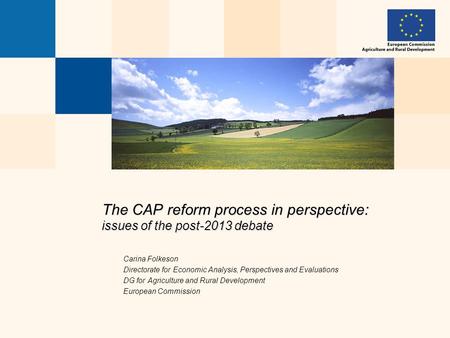 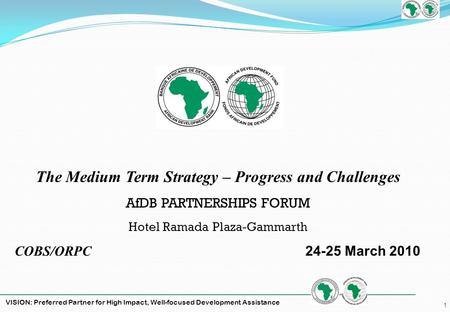 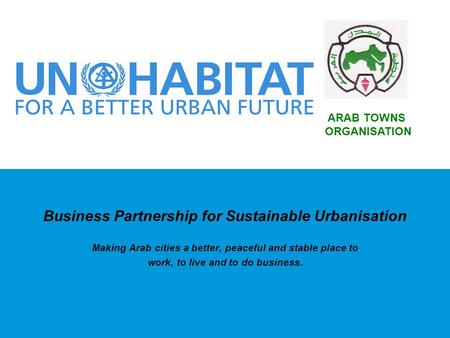 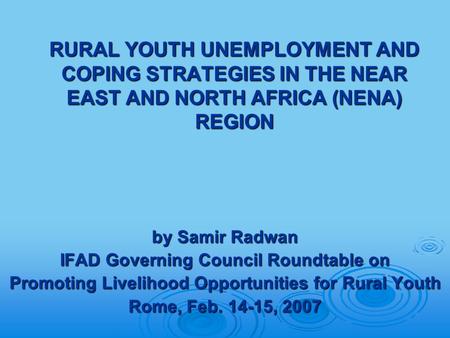 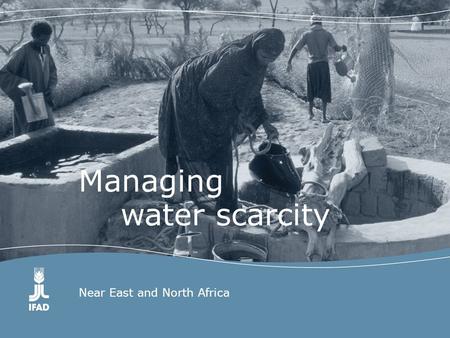