Presentation on theme: "VOTING AND ELECTIONS. Key Terms 1. propaganda – biased (one sided) information 2. ballot – what you vote on 3. polling place – where you go to vote 4."— Presentation transcript:

2 Key Terms 1. propaganda – biased (one sided) information 2. ballot – what you vote on 3. polling place – where you go to vote 4. straight ticket voting – vote for candidates of which you are a party member (all democrat or republican) 5. split ticket voting – vote for members of either party 6. initiative (example of a grassroots movement) – a petition started by citizens to propose a new law 7. referendum – when citizens can vote whether or not to pass a law 8. recall – citizens start a petition to vote someone out of office

3 I. Voting A. Qualifications to vote 1. 18 yrs. Old 2. must be registered 3. must be citizen 4. resident of voting precinct ( is possible to vote absentee ballot) B. Reasons people do not vote 1. apathy – you could care less 2. convicted felon 3. legally insane

4 II. Elections / Election Process A. Step 1 – “Throw your hat into the ring” – you are going to run for office (unofficial nomination) B. Step 2 – caucus and primaries (February 2008) 1. caucus – a party meeting ( Iowa caucus begins the election season; this is the first state to choose nominees from each party) 2. primary – nomination election in which citizens from each state vote on which candidate they would like to see run for President a. open primary – you can choose the party’s ballot from which you would like to vote b. closed primary – only party members may vote on ballot C. Step 3 – National Convention (August 2008) – each party will have a huge political convention in a major city. PURPOSE? 1. official nomination of Pres./VP 2. delegates write their party’s platform

Download ppt "VOTING AND ELECTIONS. Key Terms 1. propaganda – biased (one sided) information 2. ballot – what you vote on 3. polling place – where you go to vote 4." 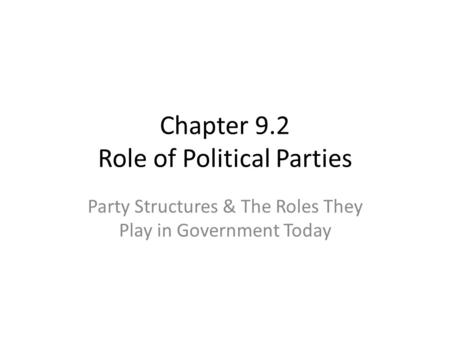