3 A Court of Law In any civil dispute, whether it is between two private parties, a private party and the government, or between state, or local governments and the United States government they will most likely come before a court of law. A Court Hearing  Each side is allowed to present their position before the court.  The court applies the facts presented to standing laws and decides which side the law favors. Types of Trials  In some cases witnesses are summoned to present evidence.  Sometimes a jury of peers sends down the verdict and a judge will sentence the guilty party.  In other trials a judge will decide guilt and innocence and sentence the guilty party.

4 Your Rights Under the Constitution  Every person accused of a crime has the right to a public trial and a lawyer  If you cannot afford a lawyer one is provided to you  Everyone is considered innocent until proven guilty  If you believe that the court has made a mistake in your trial, you have the right to appeal your case, or appeal for a review of your case

5 The Federal Court System Article III of the U.S. Constitution created the Supreme Court and provided the U.S. Congress the power to create lower federal courts The Judiciary Act of 1789 Congress established district courts and circuit courts of appeals 1891 Congress created a system of federal Courts of Appeal which created the system we know today. The three levels of the Federal Court System exist beside 50 separate court systems whose authority is provided them through state constitutions.

9 Appointment of Supreme Court Justices The U.S. Constitution allows the president to appoint Supreme Court Justices with the approval of the United States Senate, and although there are no official qualifications, acting presidents usually try and appoint justices who share their political ideology and beliefs. Senatorial Courtesy If both senators from the candidates home state oppose the nomination, a president will usually withdraw the nomination.

12 The PresidentCongressState Governments Legal Disputes The Supreme Court is not only nominated by the president but must also rely on him/her to enforce rulings Senate must approve nominations and can pass laws to replace nullified laws or pass amendments to overturn rulings State officials must enforce rulings and can also pass amendments to challenge the court rulings Any trial heard by the Supreme Court must be brought to them through legal disputes by citizens and governments.

13 Written Arguments Oral Arguments Conference Opinion Writing Announcem ent Each side is expected to write and submit a brief explaining their position Lawyers from each side present oral arguments for 30 minutes and then answer questions The Chief Justice presides over a secret meeting of Supreme Court Justices with 5 in favor deciding the case One justice writes the majority opinion, and another a dissenting. Possibly a concurring also Printed copies are submitted to the public The LawSocial Conditions Legal ViewsPersonal Beliefs Justices are supposed to place the language of the law and previous precedent to decide the case to keep the law predictable A change in social conditions and changing social views can influence their decision Some justices will seek to use the bench to change laws and policy while others are against such “legislating from the bench.” A justices personal beliefs will undoubtedly affect the final outcome of the case. 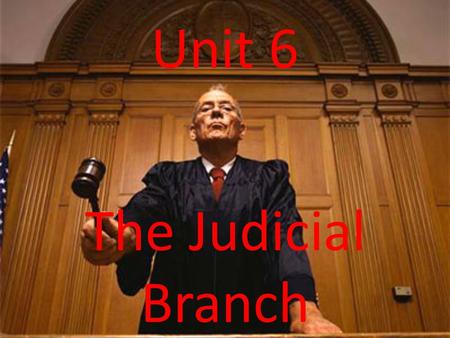 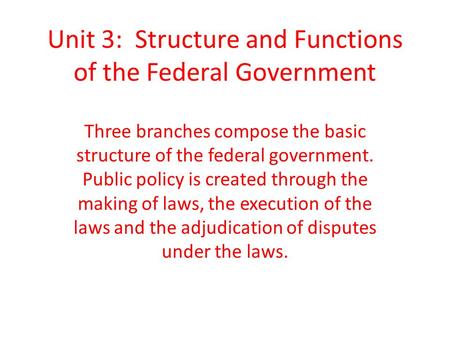