1 Describing the Structure of ATOMS

2 MATTER Anything that has volume and mass
Everything that exists is matter, and is made of ATOMS

3 ATOM The smallest unit of an element that has all of the properties of that element containing a nucleus within an electron cloud.

4 MODEL OF THE ATOM A conceptual model of the atom showing a small positively-charged nucleus surrounded by orbiting electrons, much like the planets orbit the Sun in our Solar System.

5 NUCLEUS Positively charged protons occupy space within the nucleus and cause the nucleus to have an overall positive charge The tiny, dense, positively-charged region in the center of an atom; made up of protons and neutrons

7 SUBATOMIC PARTICLES (the parts that make up the Atom): PROTON, p+
A positively-charged subatomic particle of the nucleus of an atom that contributes to the mass of the atom

8 SUBATOMIC PARTICLES: (the parts that make up the Atom): NEUTRON, n0
A subatomic particle of the nucleus of an atom that is without charge that contributes to the mass of an atom

9 SUBATOMIC PARTICLES: (the parts that make up the Atom): ELECTRON, e-
A negatively-charged subatomic particle of the electron cloud that is involved in the formation of chemical bonds

10 ELECTRICAL CHARGE Each electron has a negative charge Each proton has a positive charge Neutrons are without charge A form of charge, designated negative, positive, or neutral (has no charge) that is found on the subatomic particles that make up all atoms. 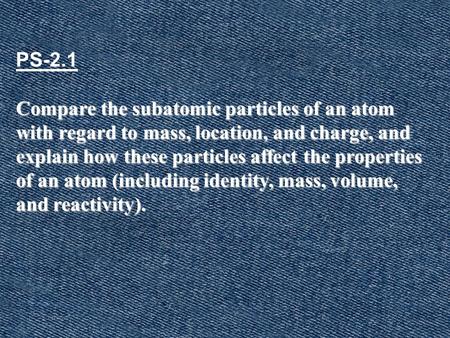 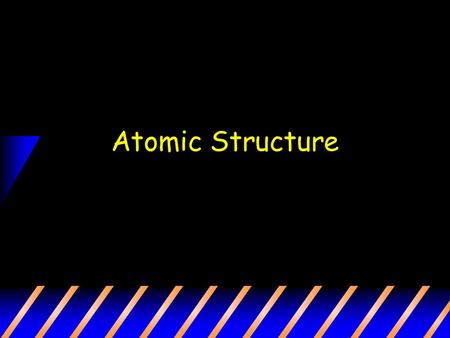 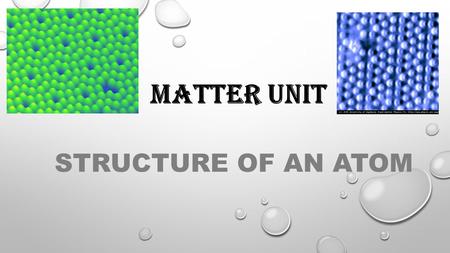 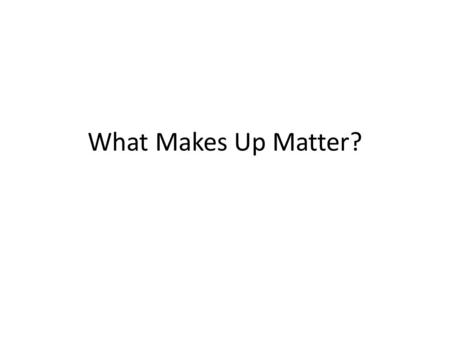