Presentation on theme: "AFRICA. This continent … Makes up 22% of the world’s total land area. Ranks second in size behind Asia."— Presentation transcript:

2 This continent … Makes up 22% of the world’s total land area. Ranks second in size behind Asia.

3 AFRICA FEATURES … 58 countries, including island groups The Nile, in Africa, is the largest river in the world (4,132 miles).

5 Things Fall Apart Late 19 th to early 20 th century. The life of Okonkwo, a leader and wrestling champion of a small tribe. Focuses on his three wives and his children. Influence of British colonialism and Christian missionaries on his traditional tribe.

6 AUTHOR: Chinua Achebe Born on Nov. 16, 1930. Nigerian writer. One of Africa’s most acclaimed writers. Writes about Igbo society, the effects of Christian influences and value clashes.

Download ppt "AFRICA. This continent … Makes up 22% of the world’s total land area. Ranks second in size behind Asia." 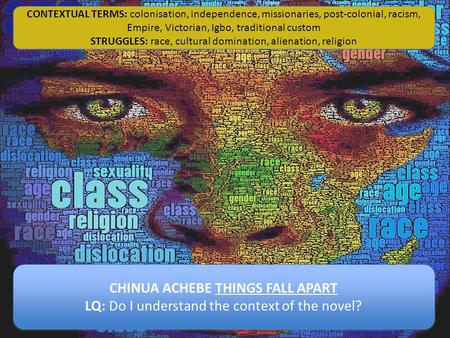 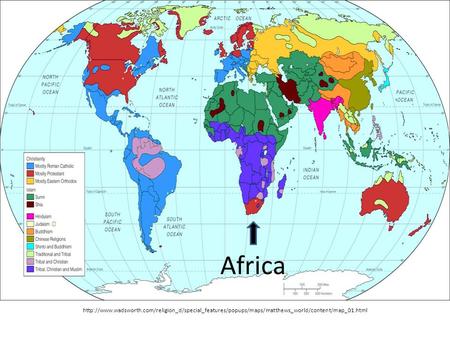 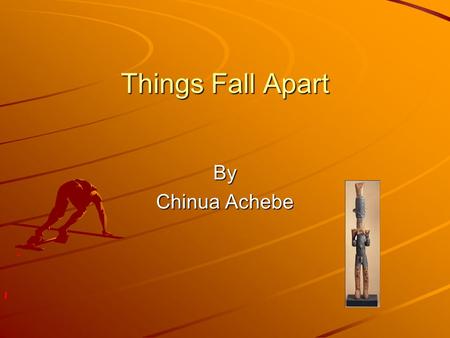 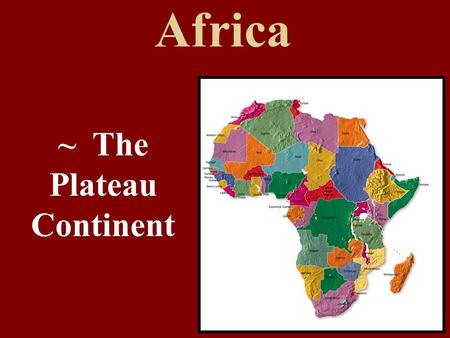 Africa ~ The Plateau Continent 1. The land area of the United States fits into the land area of Africa a little over three times. True -Look on p. 402. 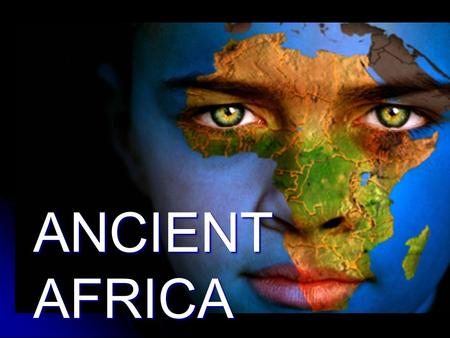 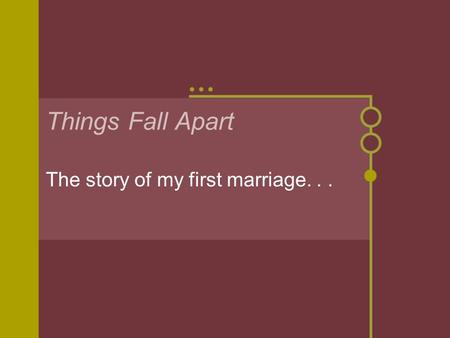 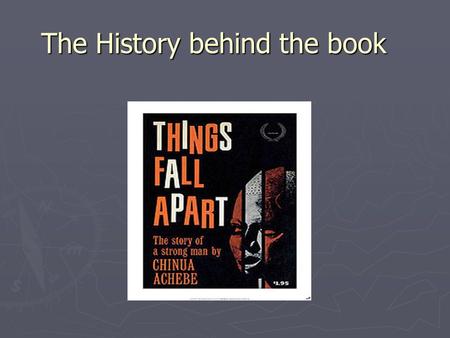