7 12.2 Posting to an Accounts Payable Ledger

8  Each vendor has a 3-digit number.  The 1 st digit is the division in which the controlling account appears in the general ledger – accounts payable.  The second 2 numbers show where the account is in the subsidiary ledger.  Accounts in the subsidiary ledger can be located by number or name.  When balance in vendor account changes, the balance of the controlling account or Accounts Payable changes.

10 12.3 Posting to an Accounts Receivable Ledger

14  To prove the accuracy of posting:  Cash is proved  Subsidiary ledgers must equal controlling account totals  A trial balance is prepared to prove debits equals credits in the general ledger  A listing of vendor accounts, account balances, and total amount due all vendors is called a schedule of accounts payable.

15  A listing of customer accounts, account balances, and total amount due from all customers is called a schedule of accounts receivable. 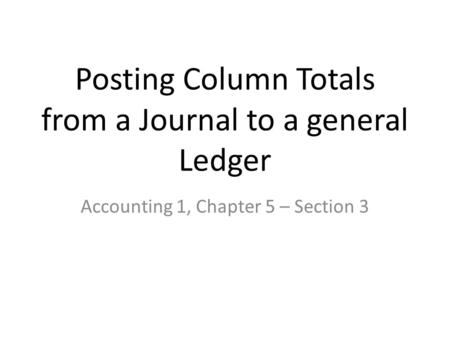 Posting Column Totals from a Journal to a general Ledger 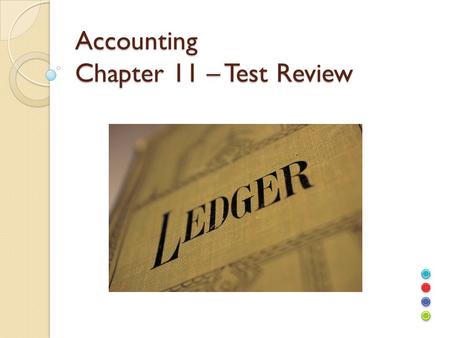 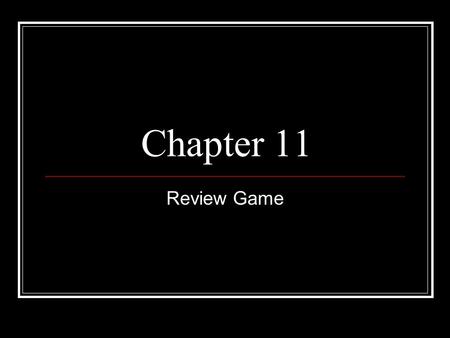 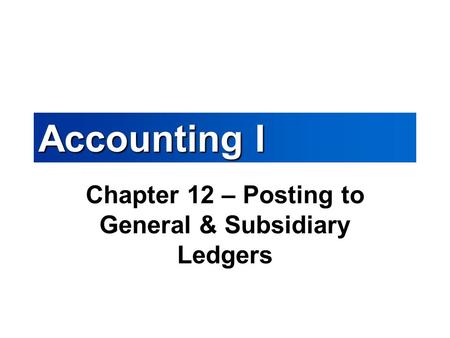 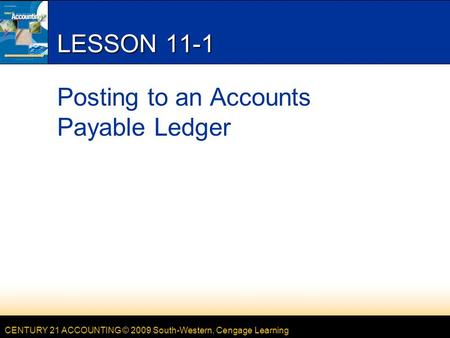 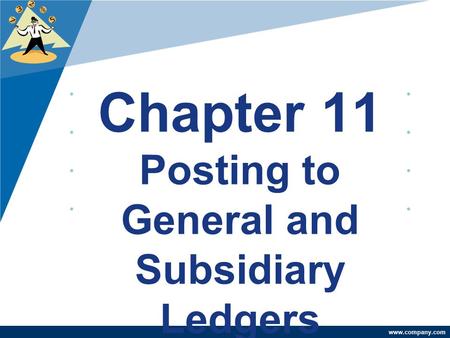 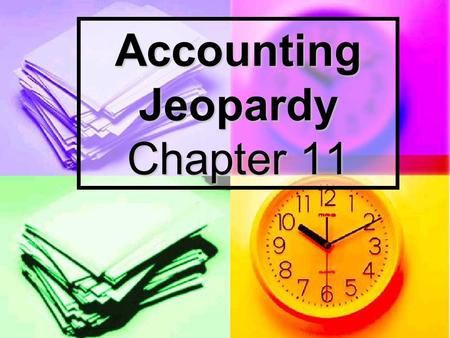 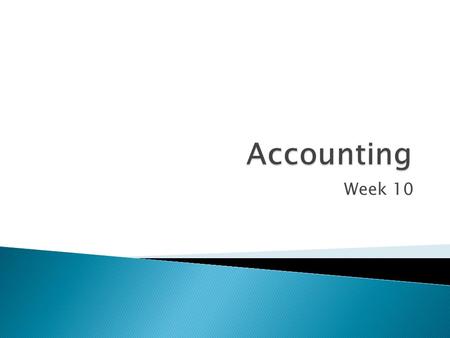 Week 10.  You can have separate accounts receivable accounts with only a handful of customers but what if the business had 500 credit customers?  You. 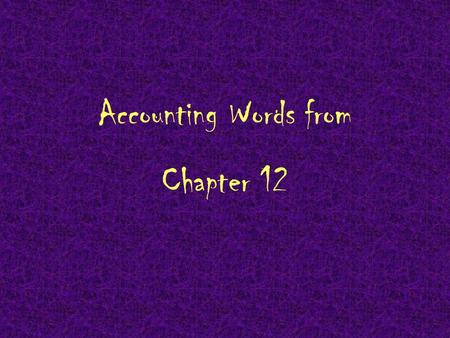 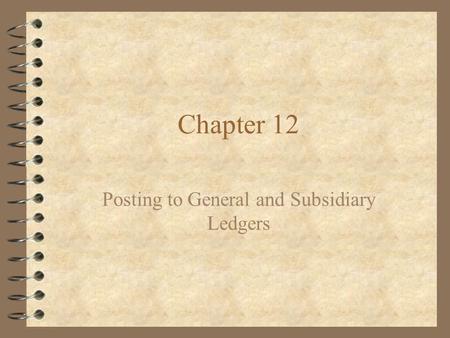 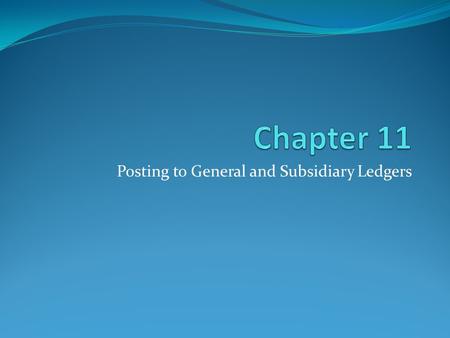 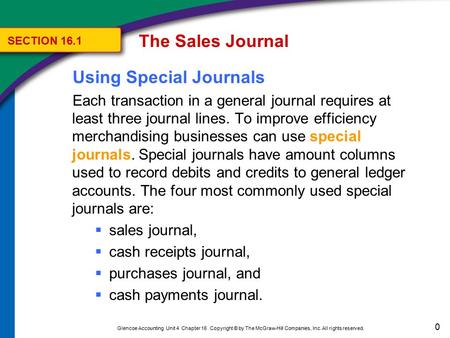 Journalizing and Posting to the Sales Journal 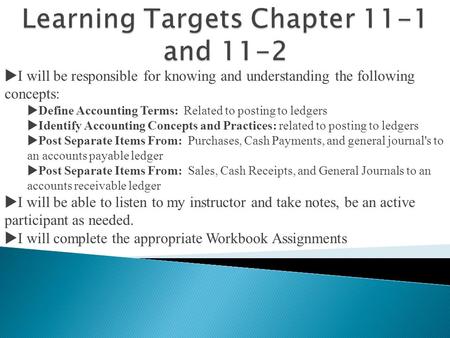  I will be responsible for knowing and understanding the following concepts:  Define Accounting Terms: Related to posting to ledgers  Identify Accounting. 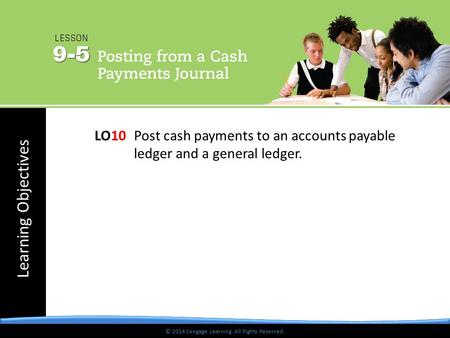 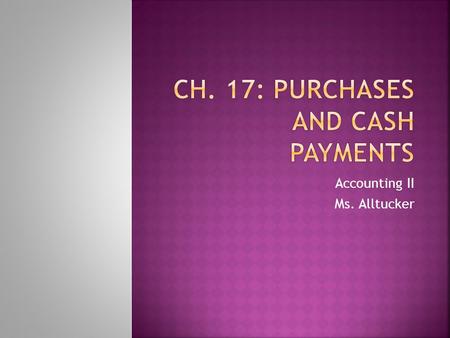 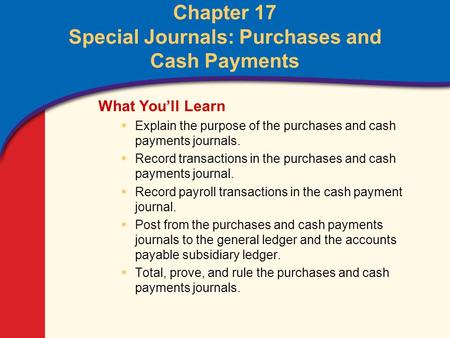 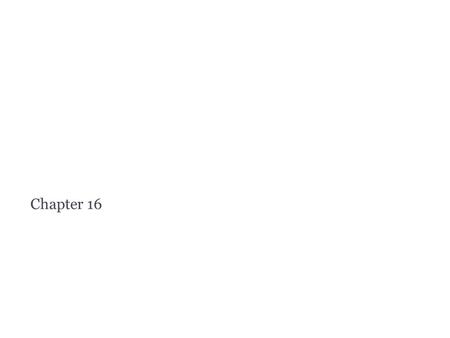 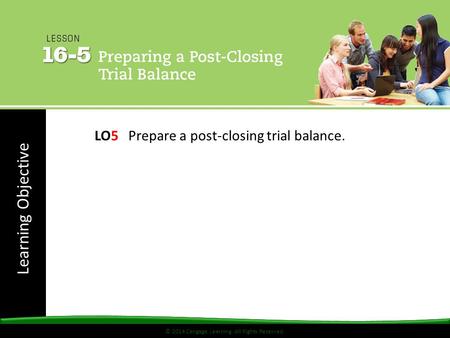 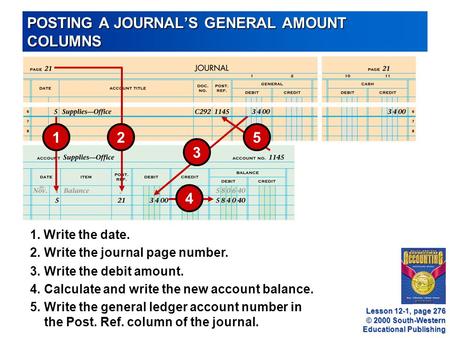 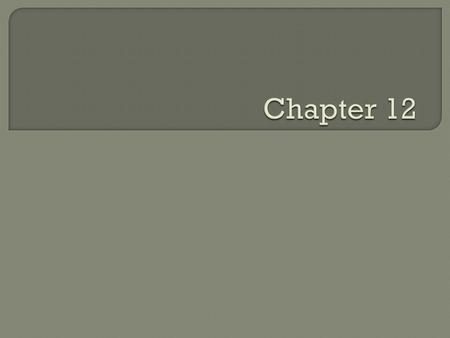