2 Example: Identify the legs, base, vertex angle, and base angles of each isosceles triangle.

5 Example: ABD is isosceles, and ACD is a right triangle. If what is ?

8 Example: Name the missing coordinates of each triangle.

9 Placing Figures in the Coordinate Plane
Suggestions: Use the origin as a vertex. Place at least one side on an axis. Keep the figure in the first quadrant if possible. Use coordinates that make computations as simple as possible.

10 Example: Position and label each triangle on the coordinate plane.
isosceles with base that is 2b units long equilateral with sides a units long

12 If a line segment joins the midpoint of two sides of a triangle, then it is parallel to the third side. 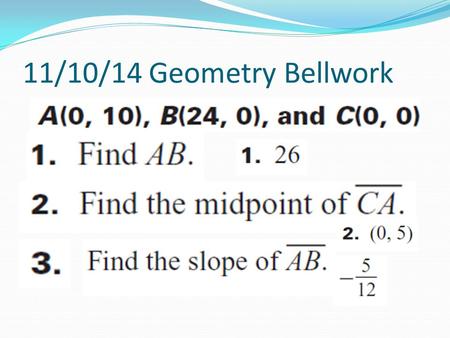 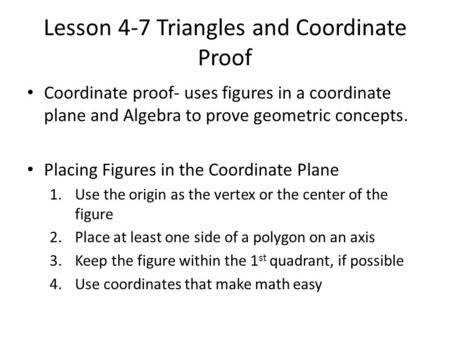 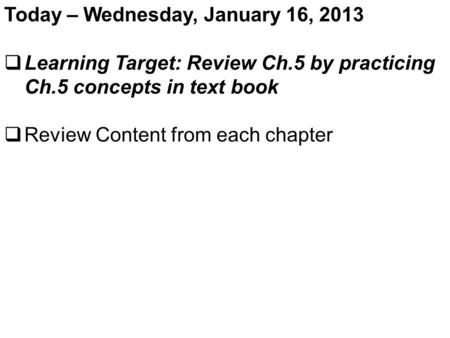 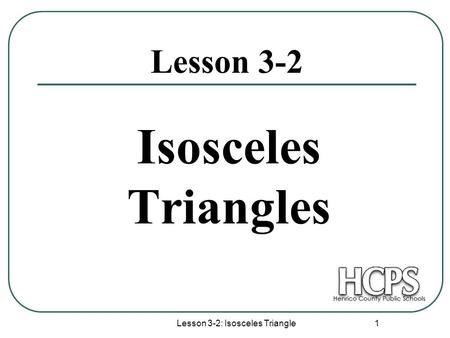 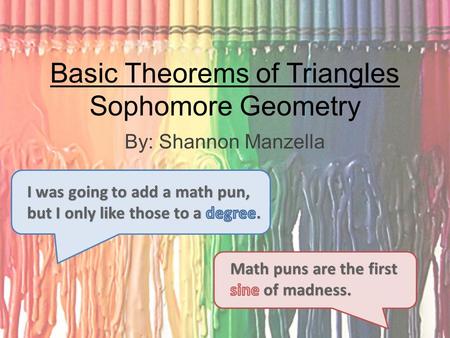 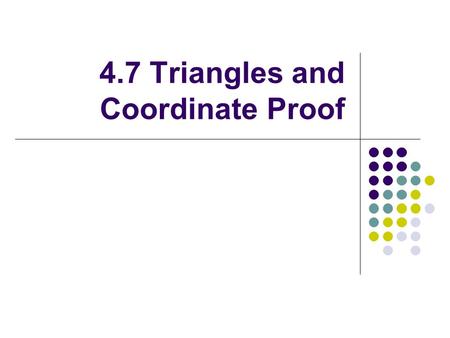 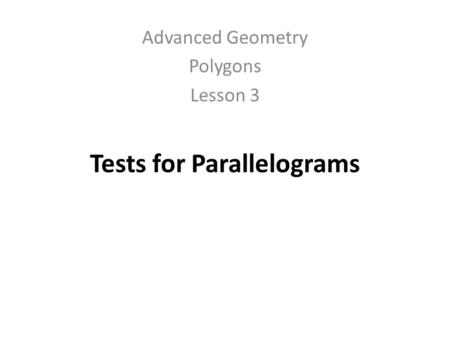 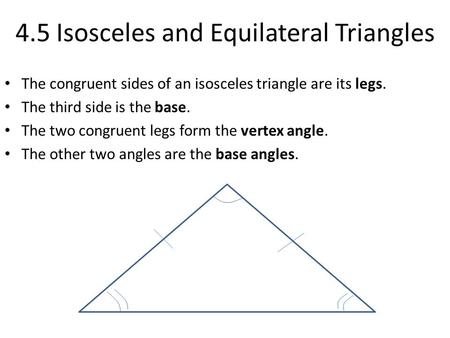 4.5 Isosceles and Equilateral Triangles The congruent sides of an isosceles triangle are its legs. The third side is the base. The two congruent legs form. 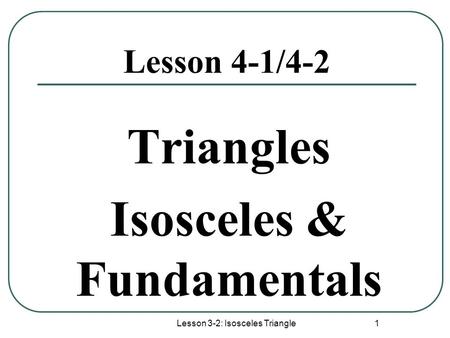 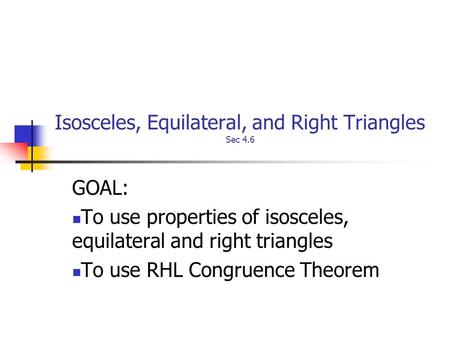 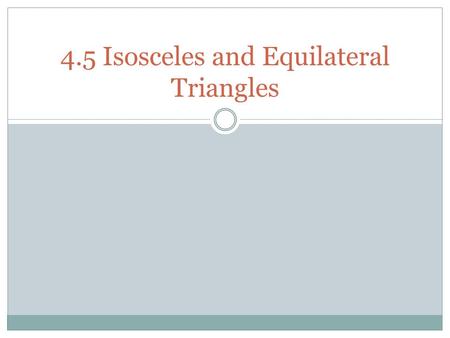 4.5 Isosceles and Equilateral Triangles. Isosceles Triangles At least two sides are of equal length. It also has two congruent angles. Base Angles Base. 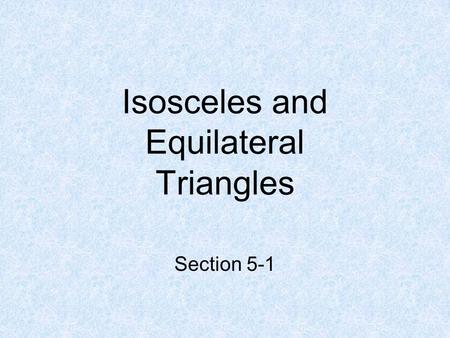 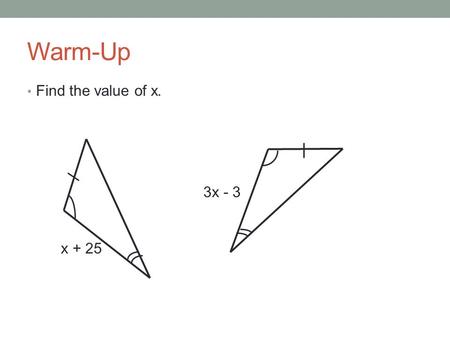 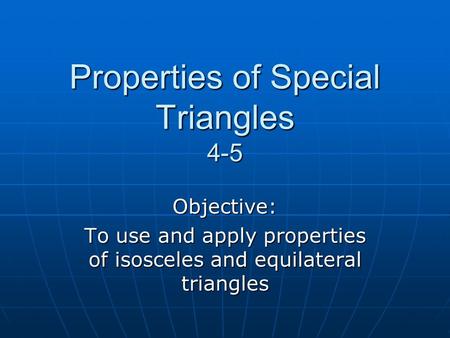 Properties of Special Triangles 4-5 Objective: To use and apply properties of isosceles and equilateral triangles. 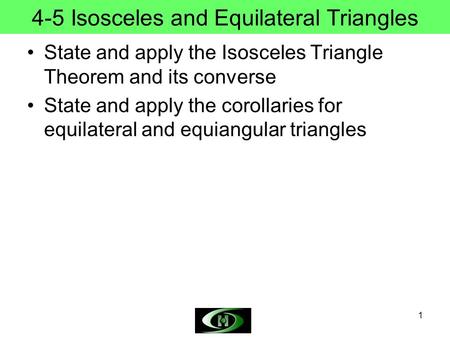 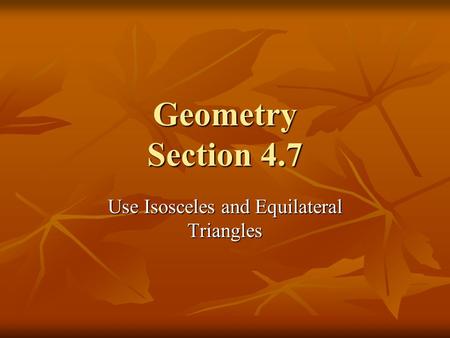 Use Isosceles and Equilateral Triangles 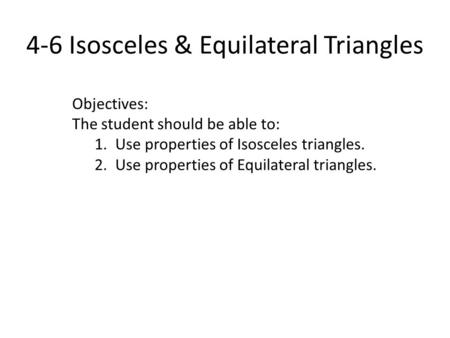 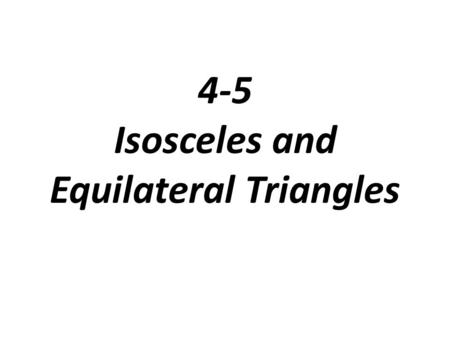 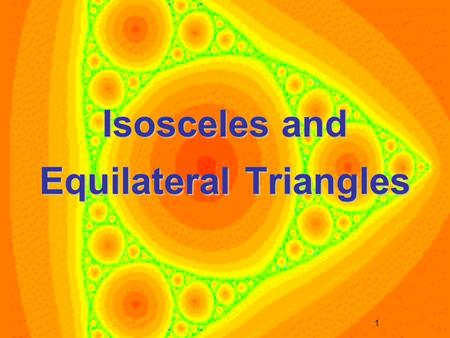 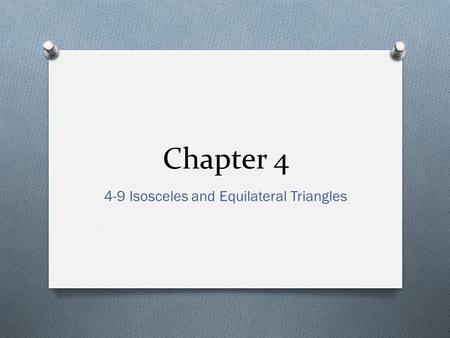