3 M ONEY Money is the set of assets in an economy that people regularly use to buy goods and services from other people.

4 F UNCTIONS OF M ONEY Money has three functions in the economy: Medium of exchange Unit of account Store of value

7 S TORE OF V ALUE Store of Value A store of value is an item that people can use to transfer purchasing power from the present to the future.

8 L IQUIDITY Liquidity Liquidity is the ease with which an asset can be converted into the economy ’ s medium of exchange.

10 M ONEY IN THE E CONOMY Currency is the paper bills and coins in the hands of the public. Demand deposits are balances in bank accounts that depositors can access on demand by writing a check.

13 F EDERAL R ESERVE The Federal Reserve (Fed) serves as the nation ’ s central bank. It is designed to oversee the banking system. It regulates the quantity of money in the economy.

15 B OARD OF G OVERNORS The Board of Governors Seven members Appointed by the president Confirmed by the Senate Serve staggered 14-year terms so that one comes vacant every two years. President appoints a member as chairman to serve a four-year term.

19 O PEN -M ARKET O PERATIONS Open-Market Operations The money supply is the quantity of money available in the economy. The primary way in which the Fed changes the money supply is through open-market operations. The Fed purchases and sells U.S. government bonds.

21 B ANKS AND M ONEY S UPPLY Banks can influence the quantity of demand deposits in the economy and the money supply. Reserves are deposits that banks have received but have not loaned out. In a fractional-reserve banking system, banks hold a fraction of the money deposited as reserves and lend out the rest. Reserve Ratio The reserve ratio is the fraction of deposits that banks hold as reserves.

22 M ONEY C REATION When a bank makes a loan from its reserves, the money supply increases. The money supply is affected by the amount deposited in banks and the amount that banks loan. Deposits into a bank are recorded as both assets and liabilities. The fraction of total deposits that a bank has to keep as reserves is called the reserve ratio. Loans become an asset to the bank.

23 T-A CCOUNT T-Account shows a bank that … accepts deposits, keeps a portion as reserves, and lends out the rest. It assumes a reserve ratio of 10%.

25 M ONEY C REATION : CONTINUED When one bank loans money, that money is generally deposited into another bank. This creates more deposits and more reserves to be lent out. When a bank makes a loan from its reserves, the money supply increases.

26 M ONEY M ULTIPLIER How much money is eventually created in this economy? The money multiplier is the amount of money the banking system generates with each dollar of reserves.

28 M ONEY M ULTIPLIER : CONTINUED The money multiplier is the reciprocal of the reserve ratio: M = 1/R With a reserve requirement, R = 20% or 1/5, The multiplier is 5. 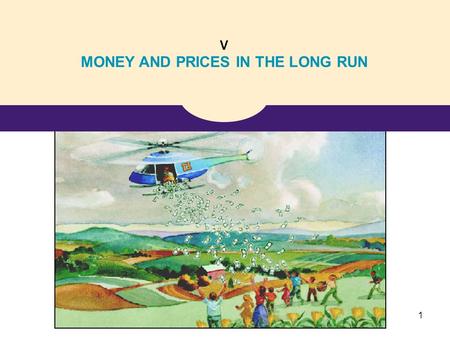 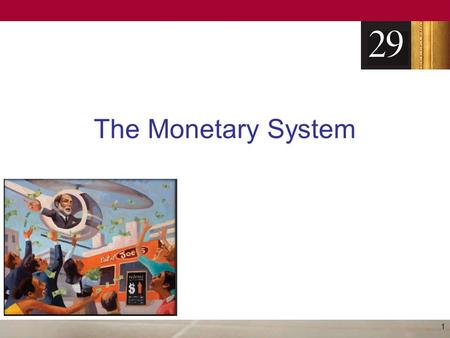 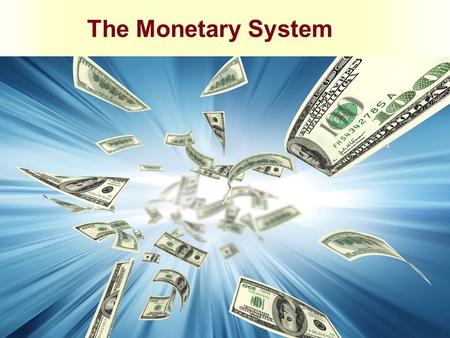 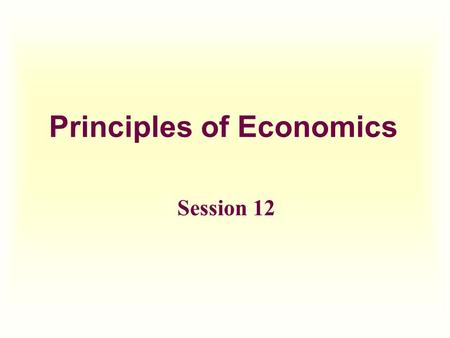 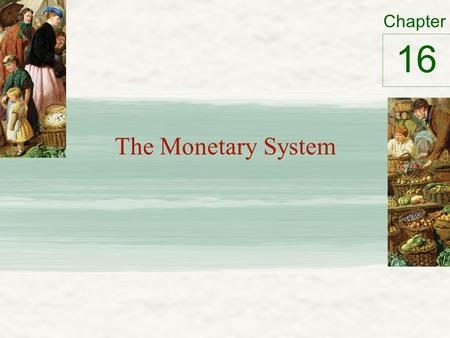