2 Federal System A type of government that divides the powers of government between the national government and state governments. Comes from “fidere” – to trust What You Will See: People vote Local, state, and national laws and constitutions Bureaucracy – lots of people involved in running the country. Ex: U.S., Mexico, Canada

3 Confederate System Loose union of independent states
What You Will See: Weak national government Different laws in each state or territory Lack of national unity Ex: U.S. under Articles of Confederation, South during the Civil War

4 Unitary System Government that gives all key powers to the national or central government What You Will See; Voting is not common or often Small government – not many people involved in decision making Ex: Great Britain, Italy, France 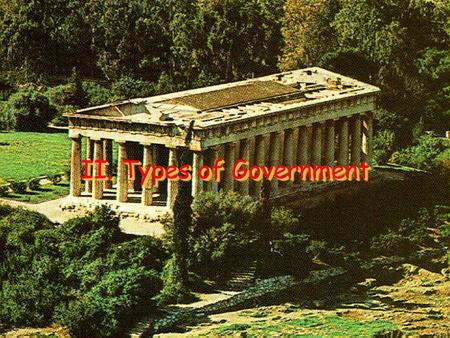