3 Animism- Africa Beliefs- all things in nature have a spirit. Your ancestors watch over you from the spirit world. Can help or harm you. Polytheistic. Impact- Respect for nature. Music- “talking drums”- a way to communicate with gods. Themes in literature (griot)- respect nature to prosper. Masks- represent spirits in religious ceremonies.

8 Christianity Beliefs- based on life and beliefs of Jesus Christ.
Apostles spread Christian religion after his death. Jesus was the son of God. After his death he was resurrected. Believe in the bible (Old and New Testament). Impact- 4th century A.D. Emperor Constantine converts- Christianity official religion of Roman Empire. Unifying force during Middle Ages. Crusades

10 Protestantism Beliefs- Led by people like Martin Luther and John Calvin. Priests and Popes cannot grant salvation. Faith alone would bring you to heaven. Read and interpret Bible for yourself. Impact- Protestant Reformation gave rise to Lutheranism, Calvinism etc. Decreased power of the Catholic Church. Caused them to reform themselves (Catholic Counter Reformation). 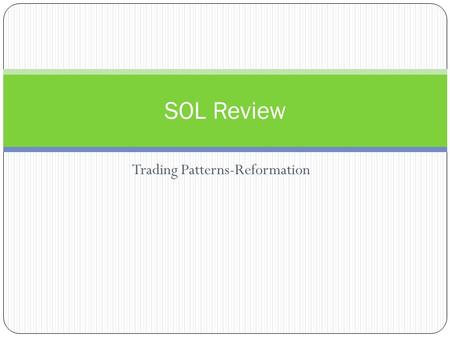 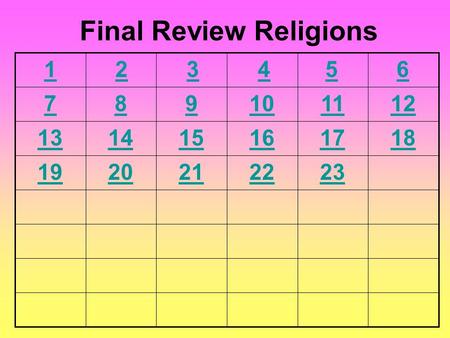