1 Young People and the Law Chapter 15, Section 4
Essential Question: How are juveniles treated differently under our judicial system?

2 What is a Juvenile? Juveniles are citizens under the age of 17.
Most of the juveniles who are locked up in Georgia are jailed for non-violent crimes. Examples: shoplifting, breaking windows, running away from home or truancy (failure to attend school).

3 Special Status Juveniles have special status under the law, which means they must also follow some laws that do not apply to adults: Must attend school until at least age 16 Cannot run away from home Cannot possess alcoholic beverages (until 21) or tobacco (until 18) Have local curfews Required to obey all of the reasonable and lawful instructions or commands of their parents/guardians

4 Juvenile Court System In 1911, Fulton County became the first county in Georgia to set up a juvenile court. Today every county in Georgia has one. Juvenile Courts have 3 main purposes: 1. To help and protect the well-being of children. 2. To make sure that any child coming under the jurisdictions of the court receives the care, guidance, and control needed. 3. To provide care for children who have been removed from their homes.

7 Know the law…cartoon examples, but it’s real life!
What if I’m with someone who’s committing a crime? What if was just a prank? What can happen to me if I drink alcohol before I am the legal age? Isn’t it my right to run away if I want to?

8 Steps in the Juvenile Justice Process Step 1: Intake
Juvenile is turned over to the intake officer who must investigate the case and decide if there is enough evidence (probable cause) to support the charges. If there is enough evidence, the officer can do 2 things: 1. Release the juvenile to their parents/guardian 2. detain the juvenile (most are not detained) Intake officers detain juveniles who might be a risk to run away, who might have nowhere else to go, who might be a risk to harm themselves or others, or who have been in trouble before. Juveniles who are detained are housed in one of the state’s RYDC’s – Regional Youth Detention Center Those who commit serious crimes may go to an adult jail and be tried in an adult court

9 Steps in the Juvenile Justice Process Step 2: Detention
A probable cause hearing must be held within 72 hours. The judge has 3 options: dismiss the case, have an informal adjustment or a formal hearing An informal adjustment is usually held for first offenders – they must admit wrongdoing. The juvenile is under the supervision of the court for at least 90 days May be required to attend school regularly, participate in counseling, pay for damages or complete community service.

10 Steps in the Juvenile Justice Process Step 3: Formal Hearing
Complaining witness files a petition outlining the wrongdoing. A summons is issued to the juvenile to attend the hearing. 1st part: Adjudicatory Hearing – (like a trial without a jury) – Judge hears the case and makes a decision. 2nd part: Dispositional Hearing – Judge determines the punishment.

12 Georgia’s Seven Deadly Sins Act
In 1994, Georgia passed an amendment to the juvenile code that permits youths who are charged with certain serious crimes to be treated as though they were adults. The superior court has sole jurisdiction over juveniles ages charged with such serious crimes as murder, rape, armed robbery (with a firearm). Juveniles who commit one of these serious crimes will serve a mandatory sentence of 10 years. 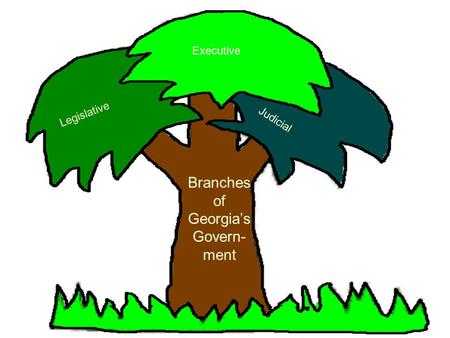