3 Confucianism Confucius lived during the “Period of the Warring States”
He criticized the misrule of these kings. He wanted China to become more stable. He thought that China should return to the ways of their ancestors. His teachings are written down in The Analects

4 Confucianism Confucian beliefs
Needs of family and community come before own needs Individuals have responsibilities to others: ~Parents must love and care for their children ~Children must respect and obey parents ~Rulers had a duty to rule justly and set good examples ~Subjects should be loyal and obey laws

5 Daoism Laozi is the founder of Daoism Daoist beliefs
~ People should free themselves from worldly desires and live in harmony with nature. ~ They should live simply and turn to nature and the Dao- the spiritual force that guides all things. ~ In this way, they would enjoy a happy life. Dao means the path, or the way.

6 Legalism Hanfeizi is the founder of Legalism Legalist beliefs
~ People are naturally evil. ~ People need harsh rules and strict penalties to force them to do their duties. Aristocrats liked legalism because they did not have to consider the needs and wishes of their people.

7 Chinese Philosophy Over time these three philosophies had a huge impact on Chinese culture. Confucianism and Daoism have combined with Buddhism in China, and have influenced each other Some kings would use Confucianism/Daoism, and some would follow Legalism 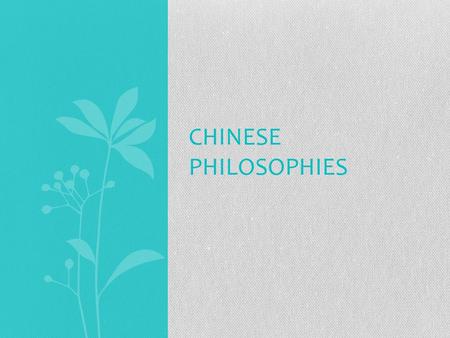 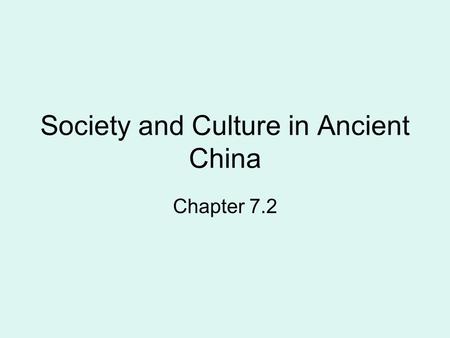