1 Punishing Convicted Criminals
Essential Questions: What are the appropriate methods of punishing citizens for noncompliance with laws? Why should individuals accused of crimes be presumed innocent and guaranteed rights? What rights should people be guaranteed when they are accused of crimes?

2 Department of Corrections
The Department of Corrections – responsible for carrying out any sentence handed down by a court A court has many options for how they can attempt to “punish” a person for breaking a law. These punishments are used as deterrents to prevent people from committing more crimes. Deterrence – something aimed at stopping criminal behavior by fear of punishment.

4 Types of Punishments Fines – monetary payments for criminal behavior
Example: $250 littering fine House Arrest – A convicted criminal may not leave their home address Example: A person has to wear an ankle bracelet that monitors the criminal’s location and if they leave their home they are immediately arrested. Suspended Sentence – Some judges can give a punishment, but not enforce that punishment – if someone commits more crimes, the punishment will go into effect immediately Example: Jim steals an MP3 player. Because it is his first offense, the judge sentences him to 30 days in prison. He does not have to go to prison, though, if he stays out of trouble.

5 Types of Punishments Death Penalty (Capital Punishment) – being put to death Example: Lethal Injection Counseling – Meeting with a trained counselor to discuss behavior/issues that lead to criminal activity and try to help the criminal cope with those issues to prevent further crimes Example: Alcoholics Anonymous, Anger management Restitution – Sum of money paid to compensate for a loss of injury Example: Loss of wages, pain and suffering

6 Parole If a convicted criminal has been given a sentence, they can sometimes be eligible for parole. Parole being released from prison before the end of your sentence because of good behavior. Prison overcrowding has become a serious issue and unfortunately it has led to court’s being more lenient with punishments and often has judges looking for options other than prison time.

7 Recidivism About 80%of the people who have been convicted of a crime, end up committing more crimes once they have served their previous sentence. These people are called recidivists - repeat offenders. As the recidivist rate increases, it indicates that the Department of Corrections is not adequately rehabilitating convicted criminals. In an effort to discourage criminals from committing more crimes, some states have started using Three Strikes Laws. Three Strikes laws say that once a person has been convicted with three or more felonies, they automatically receive an extended sentence of anywhere from 30 years to life in prison. 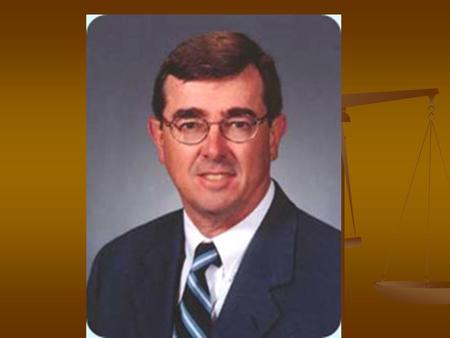 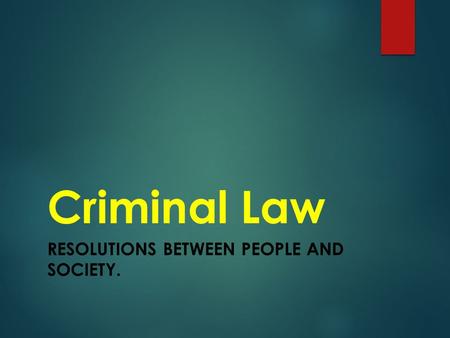 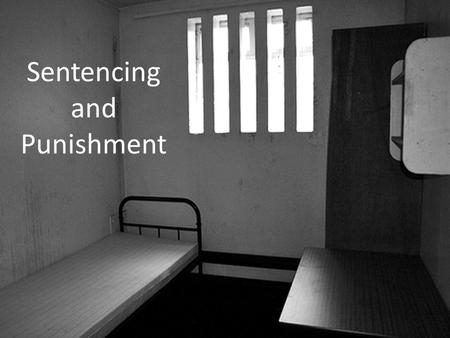 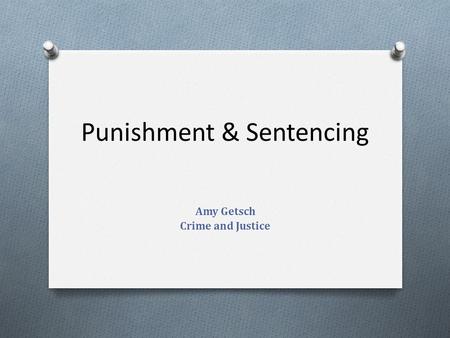 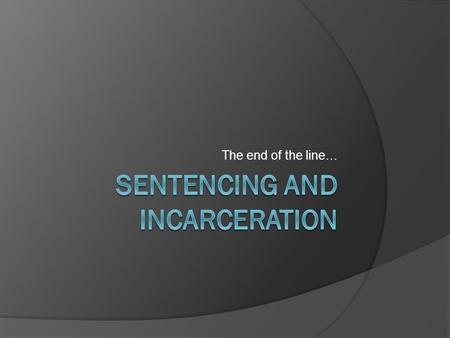 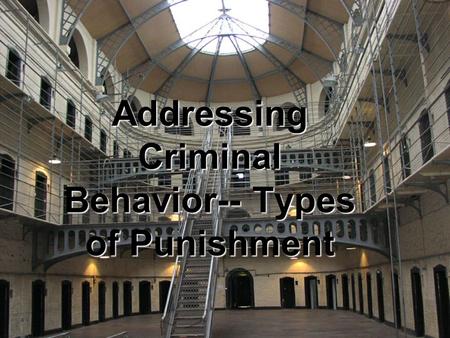