3 The Renaissance was a time of renewal
Renaissance means rebirth and Europe was recovering from the Dark ages and the plague. People had lost their faith in the church and began to put more focus on human beings.

5 Born in 1475 in a small town near Florence, is considered to be one of the most inspired men who ever lived

6 Michelangelo created his masterpiece David in 1504.

7 Sistine Chapel About a year after creating David, Pope Julius II summoned Michelangelo to Rome to work on his most famous project, the ceiling of the Sistine Chapel.

19 Erasmus Dutch humanist Desiderius Erasmus
Pushed for a Vernacular form of the Bible “I disagree very much with those who are unwilling that Holy Scripture, translated into the vernacular, be read by the uneducated As if the strength of the Christian religion consisted in the ignorance of it” The Praise of Folly Used humor to show the immoral and ignorant behavior of people, including the clergy. He felt people would be open minded and be kind to others.

22 IX. Spread of Humanism to the Rest of Europe (cont)
Popular publications in the early days of the printing press Thomas More --Utopia --Executed by Henry VIII in 1535 Erasmus—Dutch Christian Humanist

23 IX. Spread of Humanism to the Rest of Europe (cont)
William Shakespeare ( ) --Globe Theater Shakespeare returns to classical subjects and genres His history plays were the most popular at the time Macbeth: ambition Hamlet: individualism Keen sensitivity to sounds and meanings of words 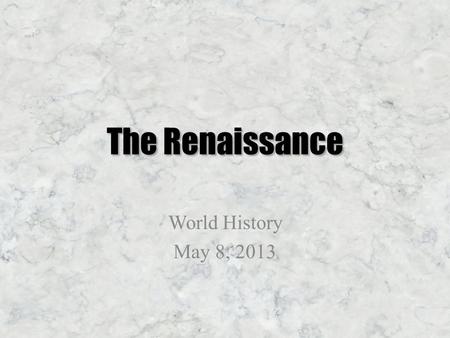 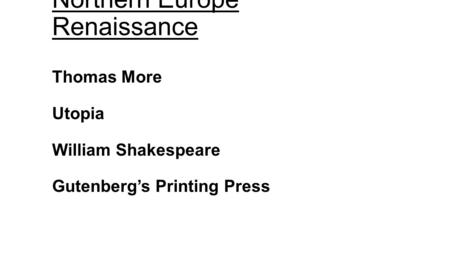 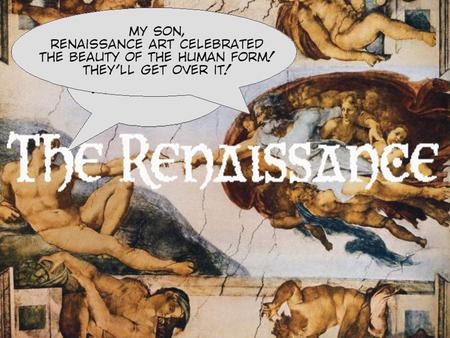