4 4DAML PI meeting, 16-18 October Sharp definition of an agent? … in contrast to traditional web services? Nope. But there are some characteristics… –Agents do things and can be autonomous – focus on decisions and actions (describing and constraining) –Agents are (often) part of a community of peers – focus on communicating knowledge –Agents represent people and organizations – focus on modeling their clients

7 7DAML PI meeting, 16-18 October DAMLs impact on agent systems There is considerable interest and much preliminary in using DAML in existing agent frameworks, such as FIPA. Its being used as a KR language, as an interlingua, for ontologies, to describe policies, for service description and matching, etc. None of this has been codified as part of any standard.

13 13DAML PI meeting, 16-18 October Protocols for agent interactions In developing things like DQL we should use or at least be informed by protocols designed by agent systems These have been explored in several contexts and some reasonably mature protocols have been developed and specified, e.g.: –FIPA IP library

14 14DAML PI meeting, 16-18 October Tools Some ideas for tools that would be useful in a MAS context were discussed, e.g.: –FIPA DF -> DAML-S translator could enable access to Agentcities services –Well defined and documented reasoning module (in Java) for DAML and RDF to use with an agent. 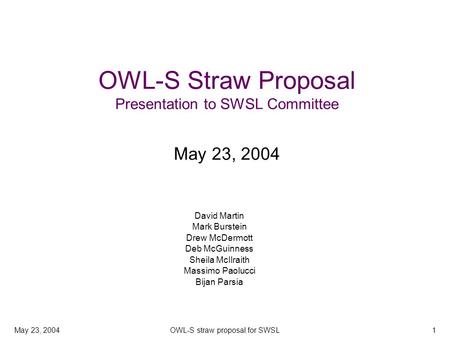 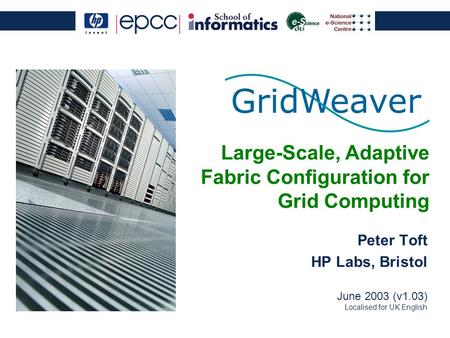 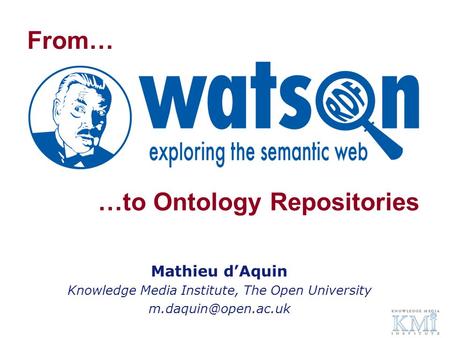 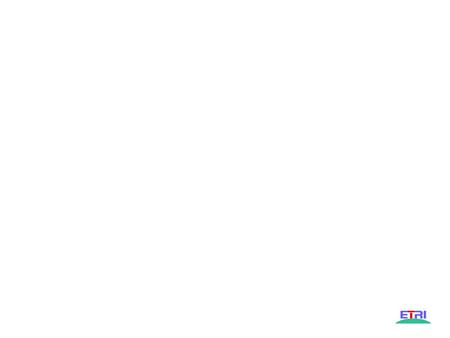 (2)(2) APNOMS 2003 Introduction Web-Service –A software application identified by a URI –Its public interfaces and bindings are defined and described. 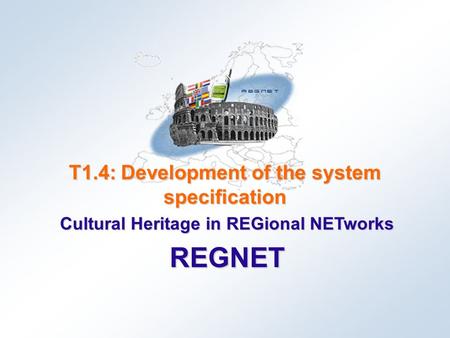 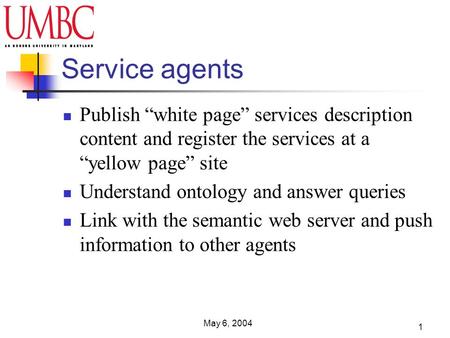 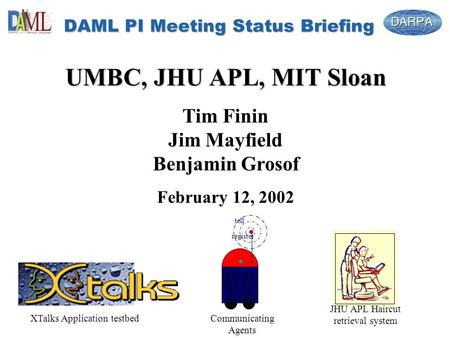 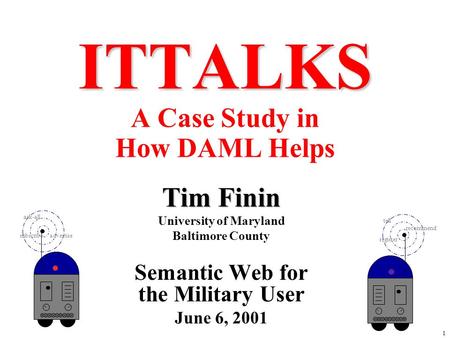 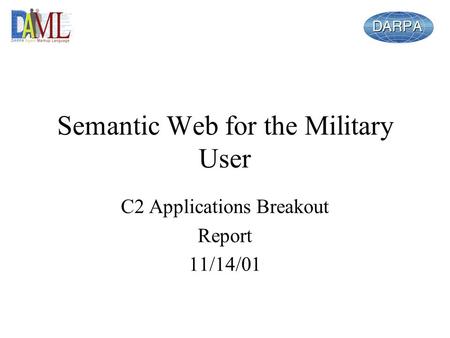 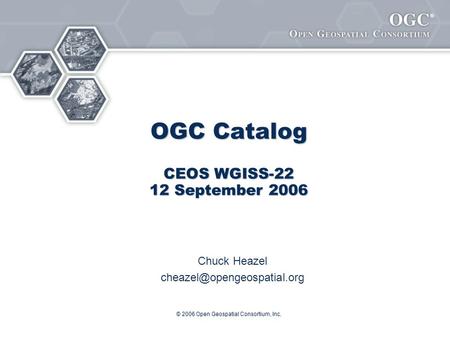 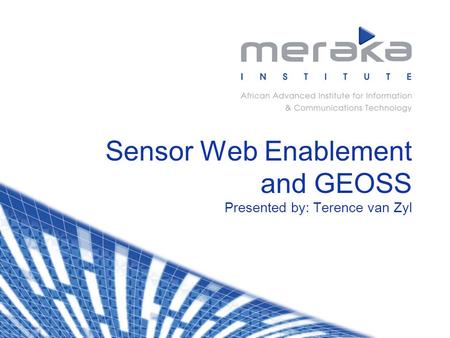 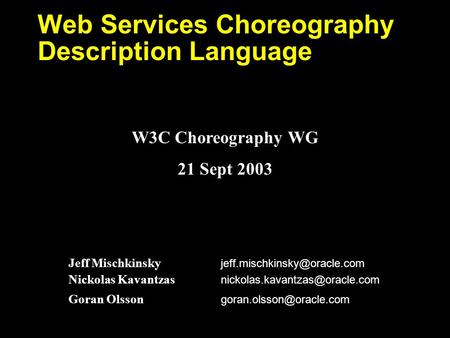 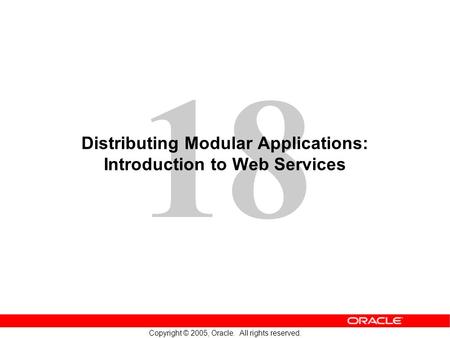 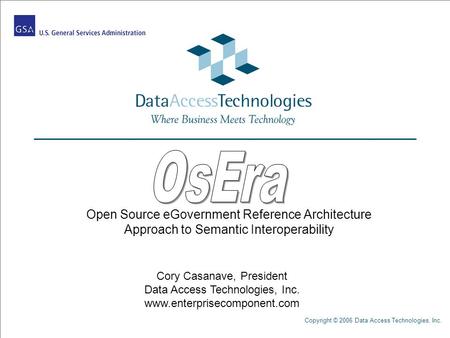 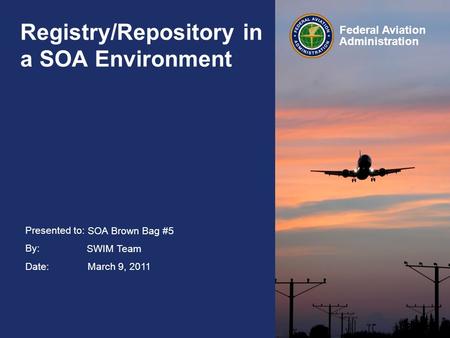 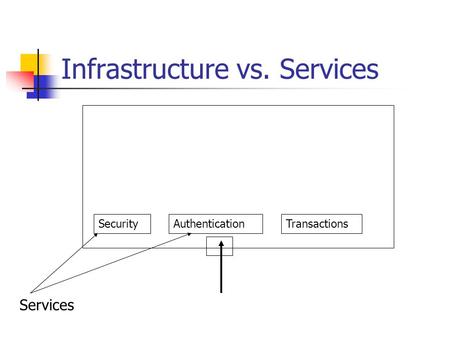 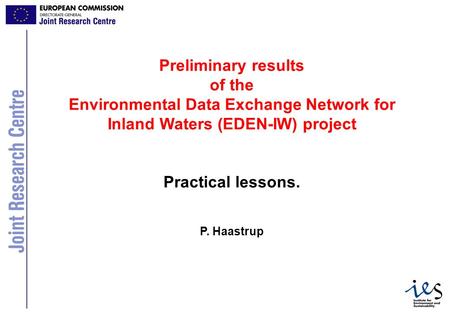 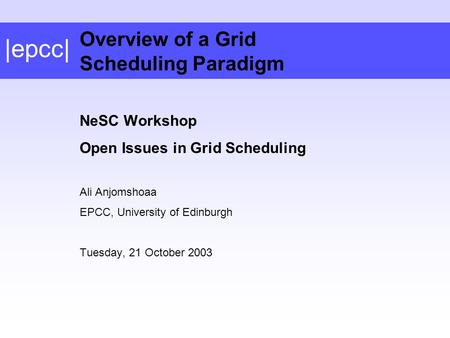