4 4 Summary of Reports to the FCC Pursuant to the Requirements Document, monthly reports are submitted to the FCC by the 15 th of each month. Thousands Block Pooling Report February, 2003 Report (data from January 1 through January 31) Quantity of Applications ApprovedDeniedSuspendedTOTAL 23072291422678

7 7 UNP Trial Update The Modified UNP trial began in the Connecticut 203 and 860 NPAs on November 1, 2002. As of the March 4, 2003, no tens-blocks have been assigned. The decision on how to proceed with the trial or pseudo trial was postponed as there were not enough participants on the call on March 4. Another call has been scheduled for March 25th.

8 8 Action Assignment from January NANC meeting ACTION ASSIGNMENT: Track the frequency and report the trend of problems caused by intra-Service Provider porting on contaminated number blocks. RESPONSE: There were 68 cases of trouble reported from December to date which are related 10 Service Providers were affected 55% of the trouble cases were directly caused by intra-SP ports not being completed. 45% were do to related issues (over contaminated, not opened for portability in the NPAC, etc) NeuStar PA and AT&T WS brought in a PIM to the LNPA- WG to be discussed at the April 2003 LNPA WG meeting.

9 9 Additional Issues Need for multiple LRNs –Issue is currently being worked by the LNPA-WG Rate Center Consolidation –It is very important for us to be notified about Rate Center Consolidations, either by state commission orders or tariff filing. TBPAG Section 6.3.4 states that in the absence of state commission actions, SPs who file tariffs for a rate center consolidation must notify NANPA and the PA at the time of the filing. Wording of petitions to State Regulatory Agencies –Petitions to state commissions involving the assignment of thousand number blocks should reference NeuStar Thousands Block Pooling Administrator or National Pooling Administrator, not North American Numbering Plan Administrator (NANPA). If a state issues an order in response to a petition for thousands blocks referencing NANPA, the PA will not be able to act until the order is corrected. 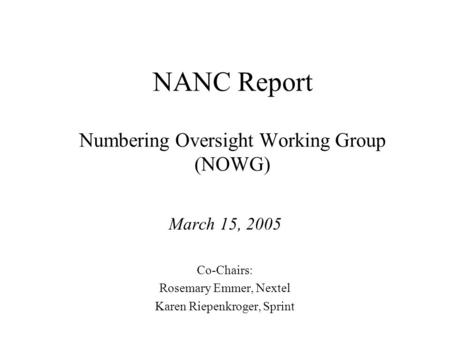 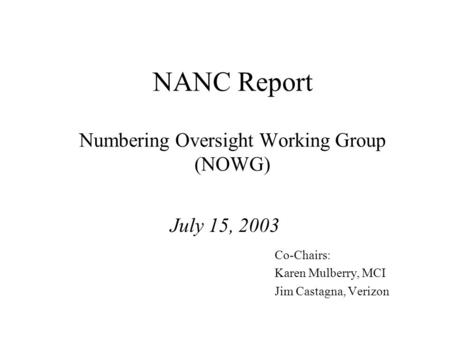 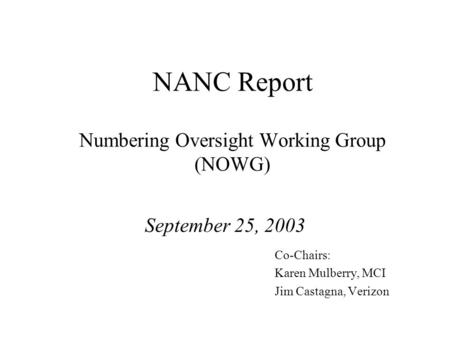 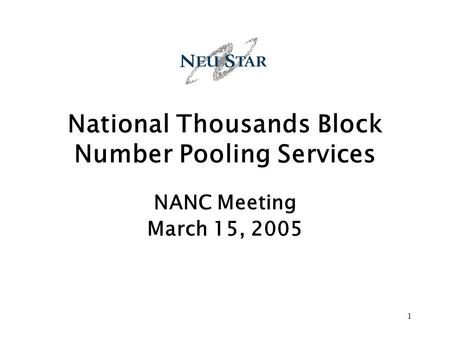 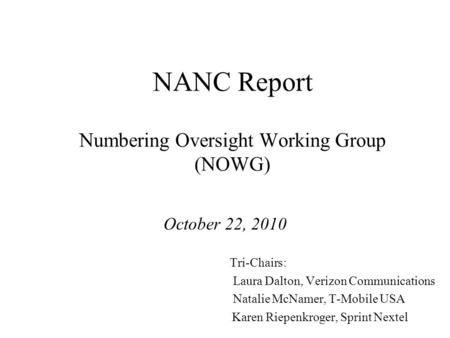 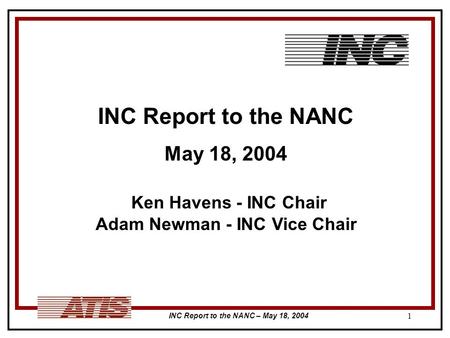 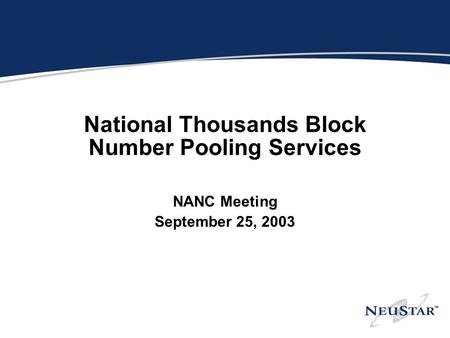 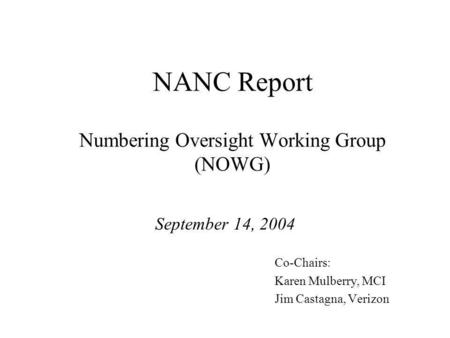 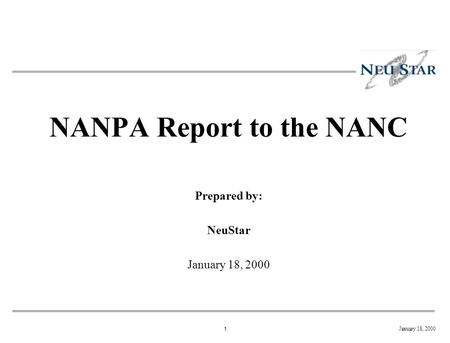 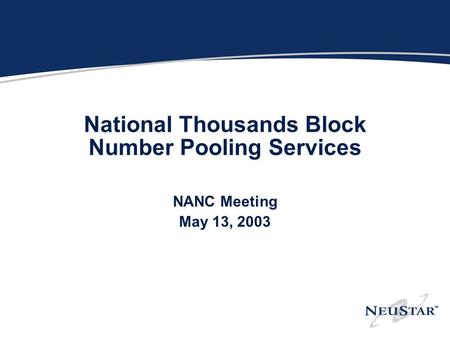 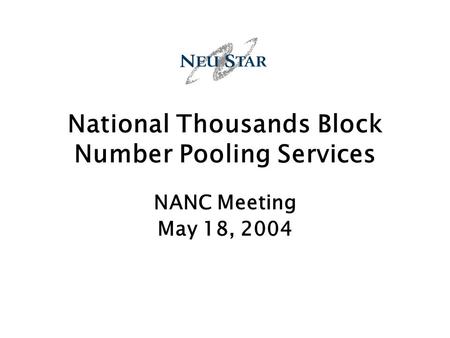 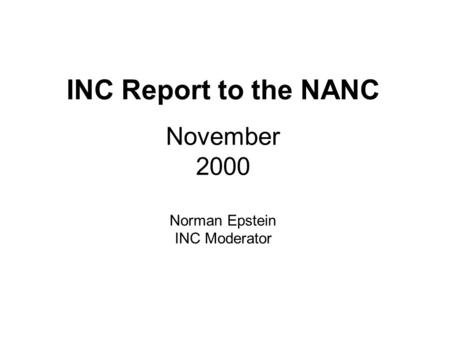 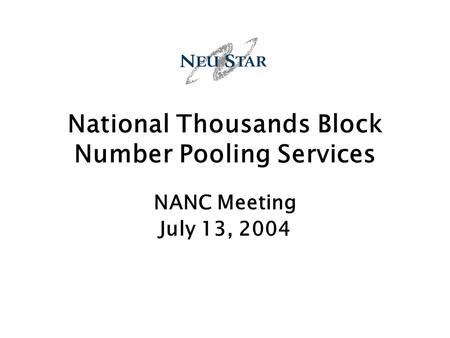 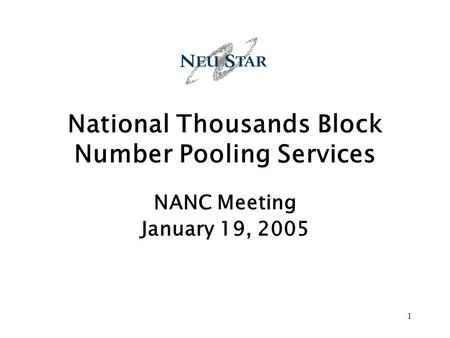 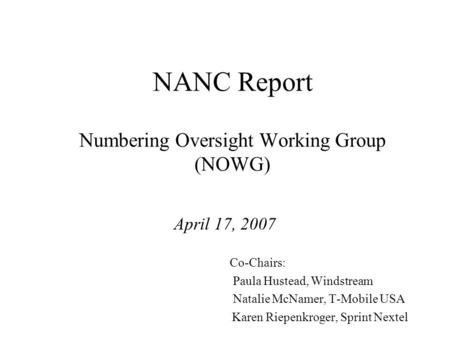 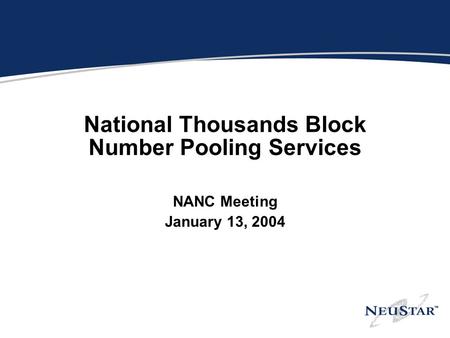 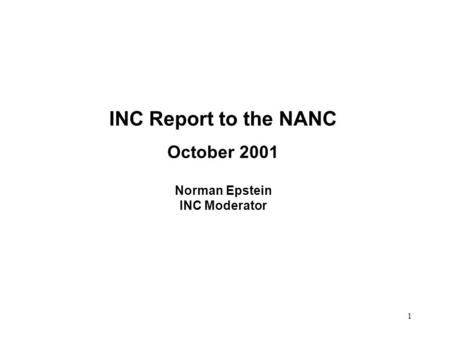 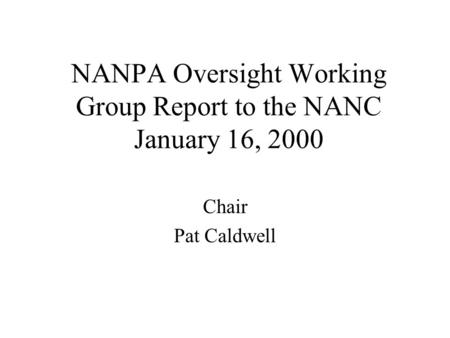 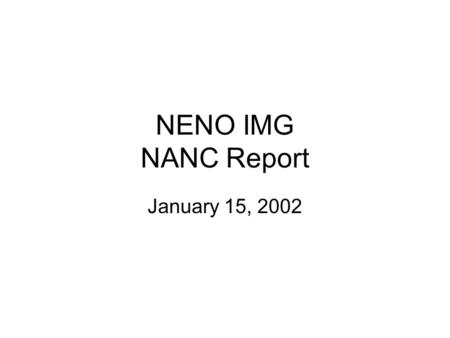 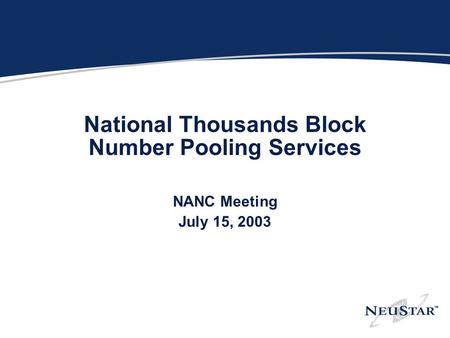