2 JISC STRATEGY TO IMPROVE ACCESS TO ACADEMIC CONTENT JISC is the Joint Information Systems Committee of the four Higher Education Funding Councils in the UK and also has a responsibility for networked services to the Further Education Colleges JISC Strategy includes improving the effectiveness of scholarly communication This involves implementing cost-effective improvements in access to academic content for learners and researchers in colleges and universities One route to cost-effective improvements in access through negotiation of big deals – Pilot Site Licence Initiative 1996-99, NESLI 1999-2002, NESLi2 2002- This route partially effective but many difficulties – e.g. long negotiations, small publishers not included, many universities and colleges unable to buy in Push for Open Access coming from both JISC Journals Working Group and JISC Scholarly Communication Group

3 JISC SUPPORT FOR OPEN ACCESS REPOSITORIES For three years JISC has been supporting the development of repositories through the Focus on Access to Information Resources (FAIR) Programme FAIR Programme has contributed to developing the mechanisms and supporting services to allow the submission and sharing of content generated by the Higher Education and Further Education communities Fourteen projects, including SHERPA and RoMEO The FAIR Programme is part of a larger area of work being taken forward by the JISC. The JISC envisages the Information Environment as a place where members of the HE and FE community can place and share useful content. Next stage in that work is the new Repositories Programme

4 JISC SUPPORT FOR OPEN ACCESS PUBLISHING For two years JISC has been supporting the development of open access journals Many discussions with publishers led to programme of transition- funding from subscription to open access GB£150K made available for each of three years : four publishers awarded grants in first year, five in second year Alternative model : national deal with BioMed Central renewed for second year following successful first year – high use by UK authors and quality maintained 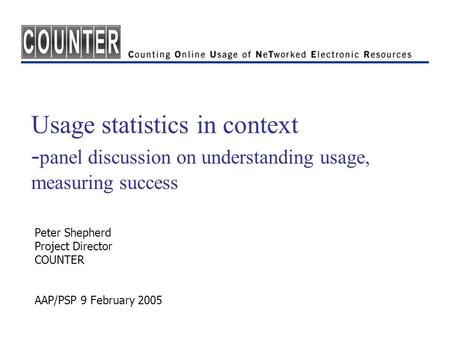 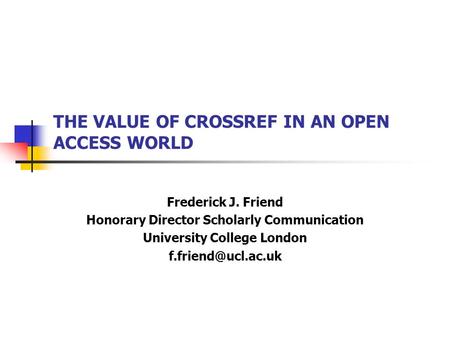 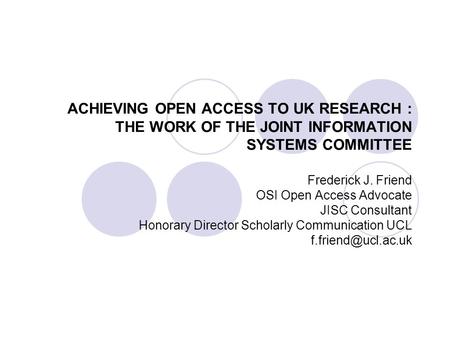 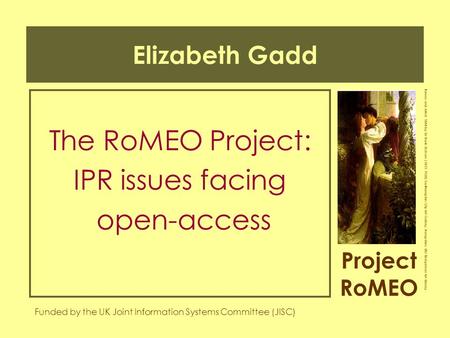 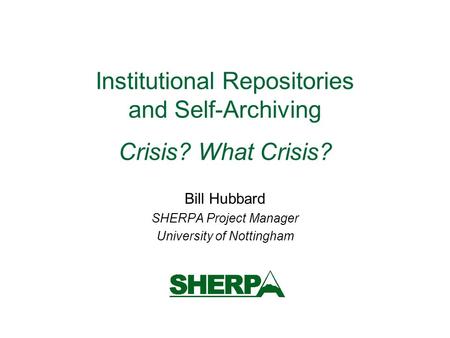 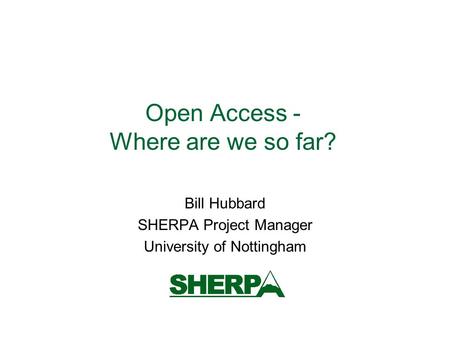 Open Access - Where are we so far? Bill Hubbard SHERPA Project Manager University of Nottingham. 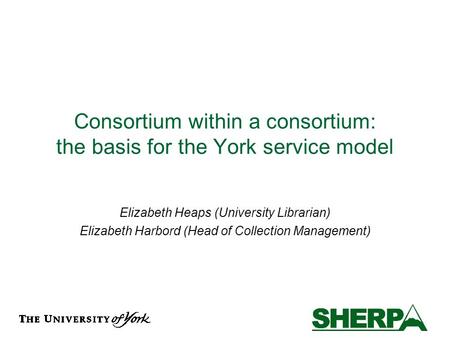 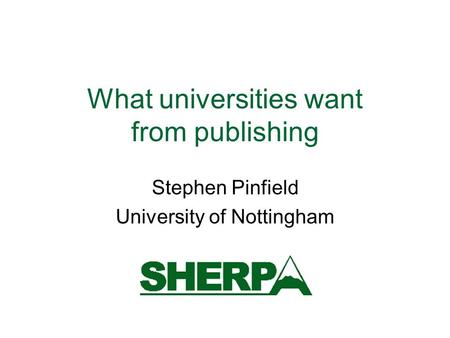 What universities want from publishing Stephen Pinfield University of Nottingham. 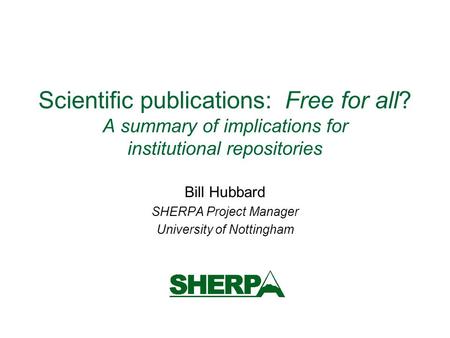 Scientific publications: Free for all? A summary of implications for institutional repositories Bill Hubbard SHERPA Project Manager University of Nottingham. 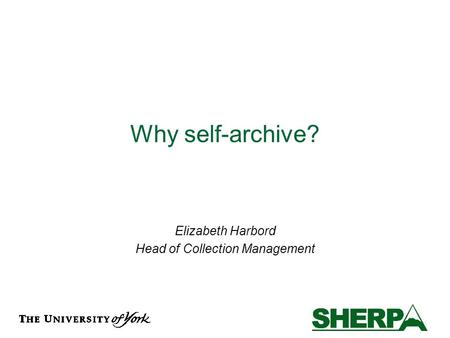 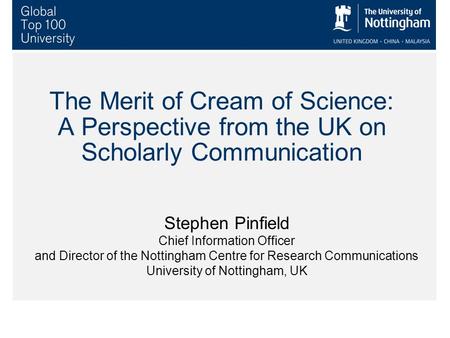 The Merit of Cream of Science: A Perspective from the UK on Scholarly Communication Stephen Pinfield Chief Information Officer and Director of the Nottingham. 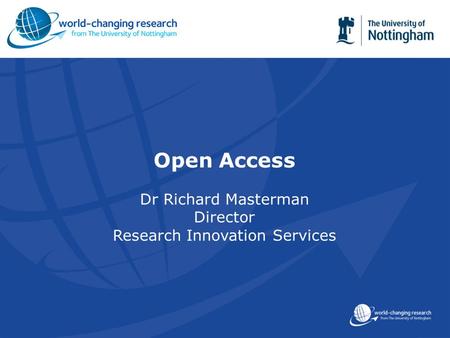 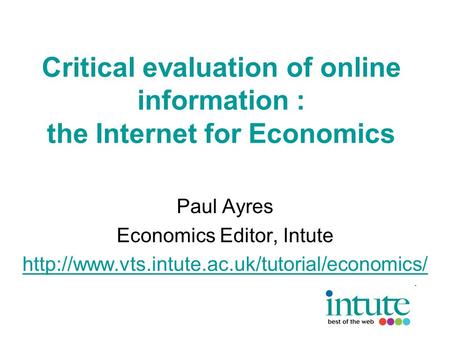 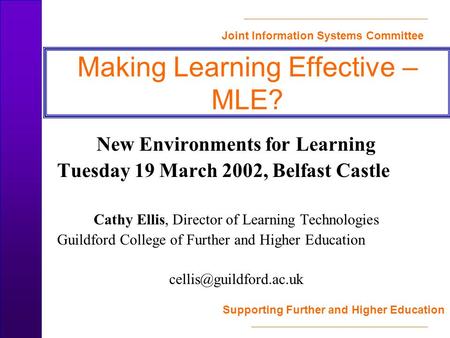 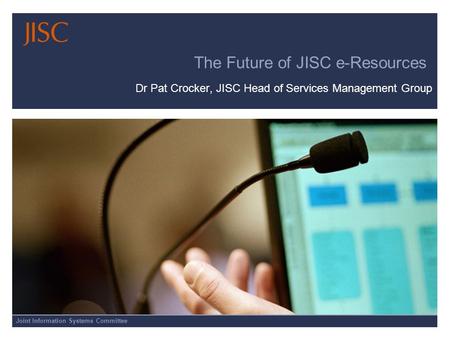 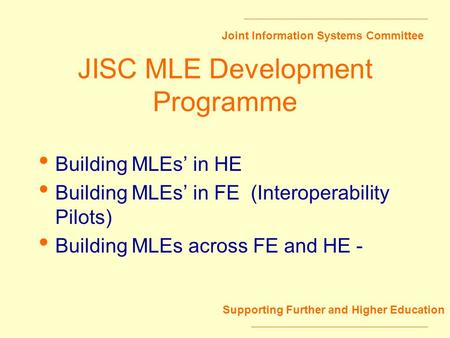 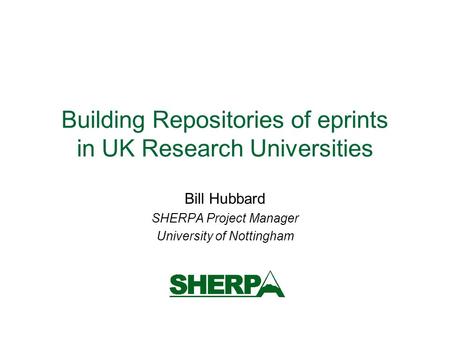 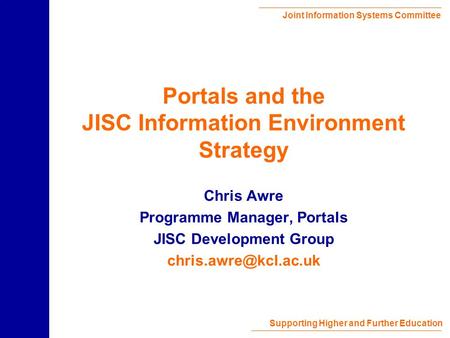 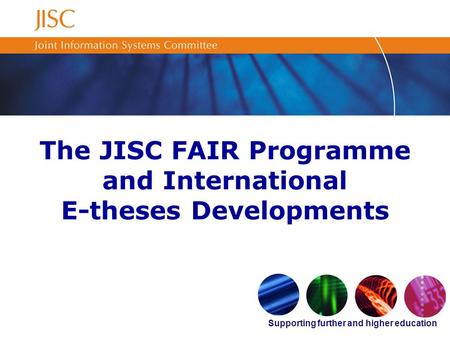 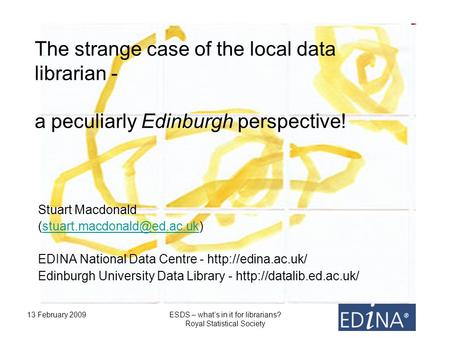 13 February 2009ESDS – whats in it for librarians? Royal Statistical Society The strange case of the local data librarian - a peculiarly Edinburgh perspective!