1 Grid-of-Beams (GoB) Downlink Multi-User MIMO
Document Number: IEEE S802.16m-08/487 Date Submitted: Source: Stephan SAUR, Hardy HALBAUER, {Stephan.Saur, Hardy.Halbauer, Andreas.Rueegg, Andreas RUEEGG, Frank SCHAICH Alcatel-Lucent Venue: Macau, China Base Contribution: IEEE C80216m-08_487.doc Purpose: Discuss and adopt this proposal into the 16m SDD Notice: This document does not represent the agreed views of the IEEE Working Group or any of its subgroups. It represents only the views of the participants listed in the “Source(s)” field above. It is offered as a basis for discussion. It is not binding on the contributor(s), who reserve(s) the right to add, amend or withdraw material contained herein. Release: The contributor grants a free, irrevocable license to the IEEE to incorporate material contained in this contribution, and any modifications thereof, in the creation of an IEEE Standards publication; to copyright in the IEEE’s name any IEEE Standards publication even though it may include portions of this contribution; and at the IEEE’s sole discretion to permit others to reproduce in whole or in part the resulting IEEE Standards publication. The contributor also acknowledges and accepts that this contribution may be made public by IEEE Patent Policy: The contributor is familiar with the IEEE-SA Patent Policy and Procedures: < and < Further information is located at < and < >.

6 Text Proposal to SDD Start text proposal MIMO modes In 16m, three MIMO modes shall be supported: Single-BS single-user MIMO (SU-MIMO) […] Single-BS multi-user MIMO (MU-MIMO) In downlink, a MU-MIMO scheme based on a limited number of possible precoding vectors building up a grid of beams with spatial separation shall be supported. This scheme aims in increasing the mean cell throughput even in cellular systems with low frequency reuse factor. Main advantage is the capability to support advanced inter-cell interference coordination techniques at the same time. The proposed scheme exhibits very low complexity and can be applied in both closed and open loop MU-MIMO. Either one or two data streams can be assigned to one user. The use of cross-polarized antennas at the base station is recommended. […] Multi-BS MIMO: […] End text proposal 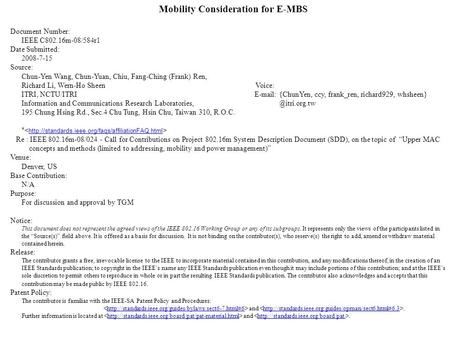 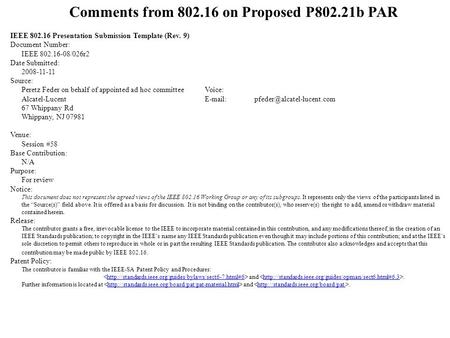 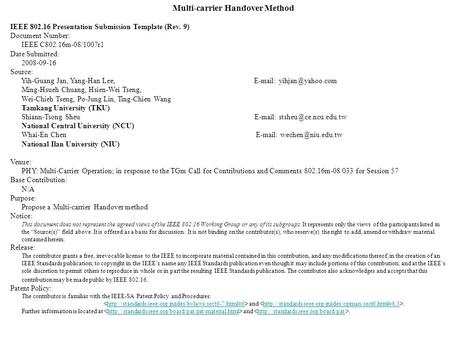 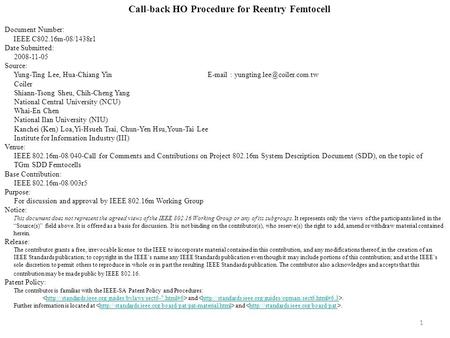 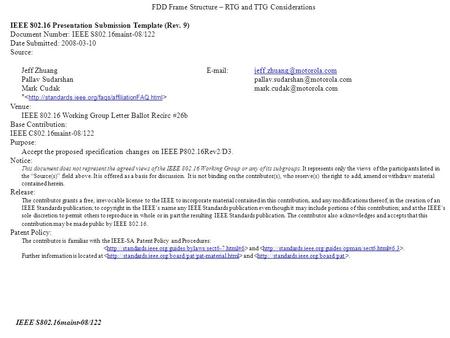 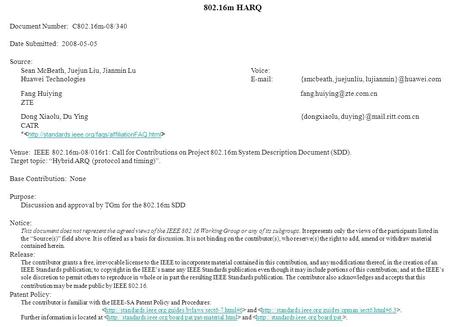 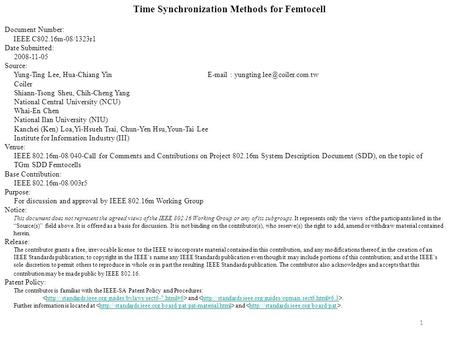 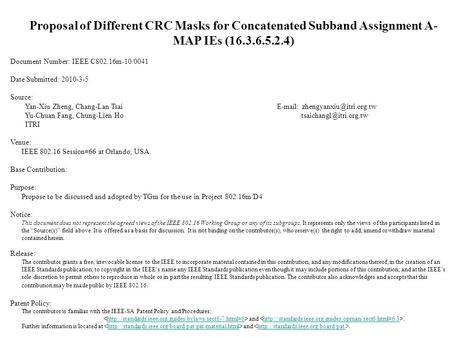 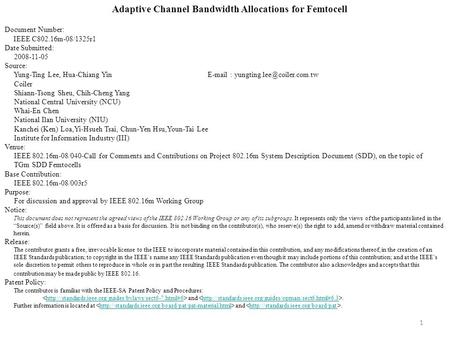 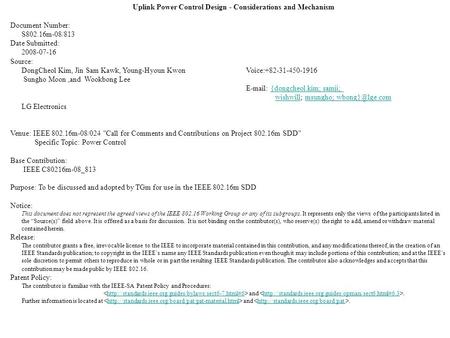 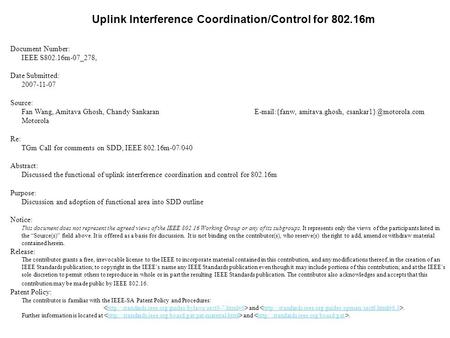 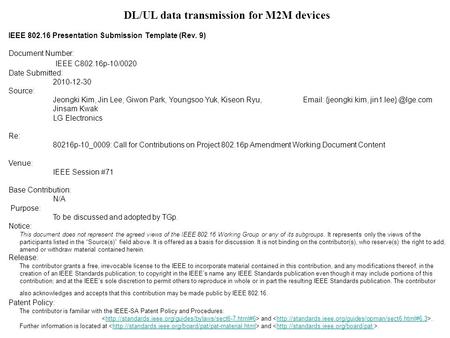 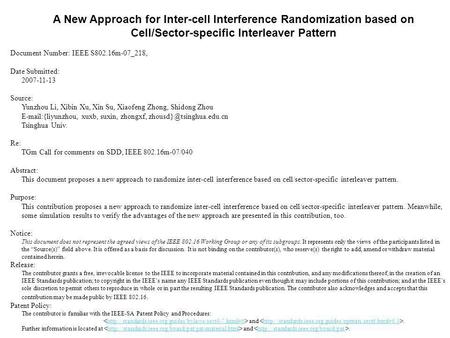 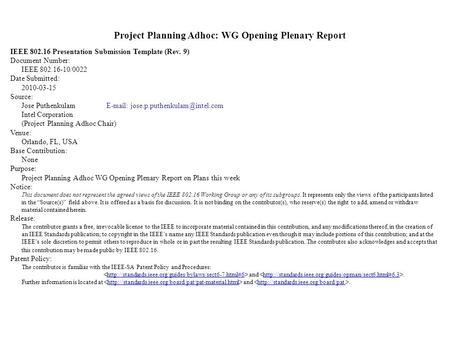 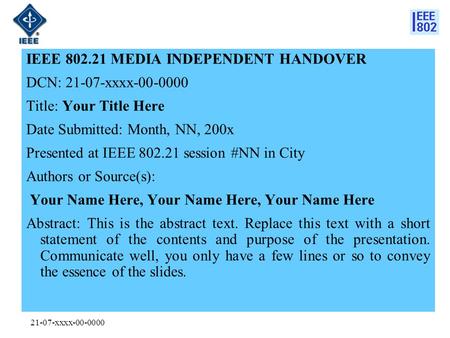 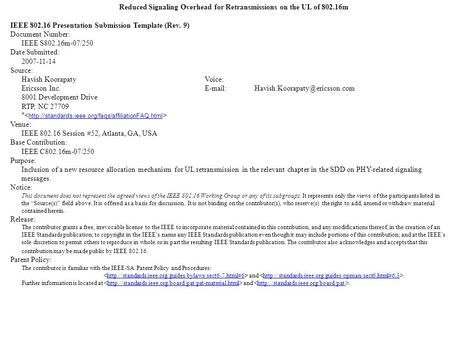 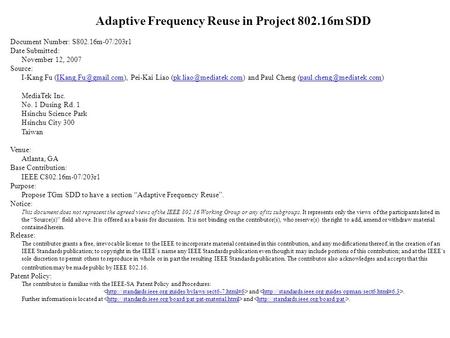 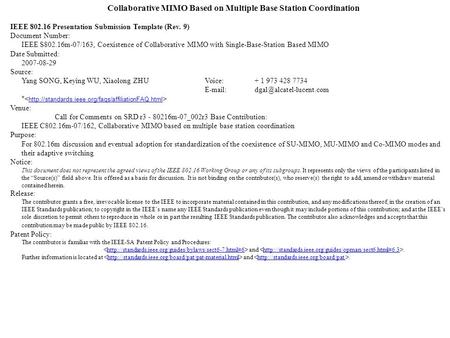 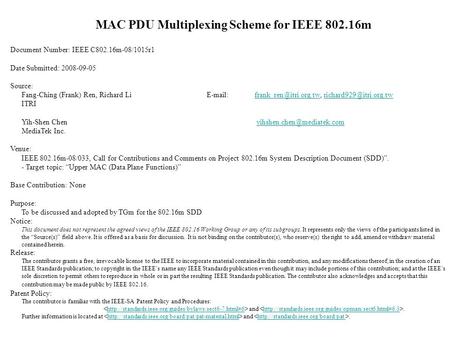 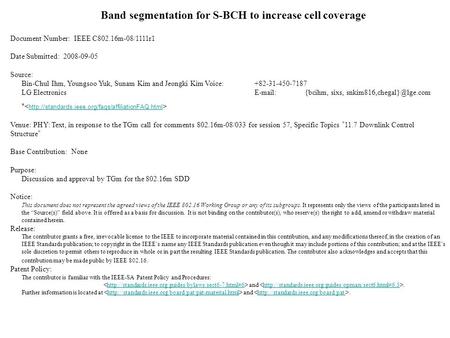