1 Chapter 14 Section 3 A Creative Era Jazz music gained a wide following during the 20’s. It began down south from West African rhythms, African American spirituals, ragtime, the blues and European melodies. It began in New Orleans and moved north with the Great Migration and the following movement of African Americans north and eastward. Blues: Grew out of slave music and spirituals. It features heartfelt lyrics and altered or slurred tones. Some of the most famous blues singers of the times were “Ma” Rainey and Bessie Smith whose 1 st recordong sold 750,000 copies in a year.

2 Jazz Jazz which developed out of Ragtime, was influenced by the Blues and great musicians like Louis Armstrong used their instruments to capture some of the vocal traditions of the Blues The list of Jazz greats is long but its popularity was huge and white musicians began to either play it in its original form or adopt some of its features into swing, big band or orchestral music. Big band jazz swept the nation as a dance music. People of all races flocked to jazz centers like Harlem to hear it performed by the greats. Some of the clubs like the Cotton Club were for whites customers only. Jazz even became big in Paris, France where black musicians enjoyed the acclaim and lack of prejudice overseas.

3 The Harlem Renaissance Harlem, New York became the center of black culture and many of the most talented black artists, musicians and writers moved there. It was a time of great black pride and a black people in Harlem could at last live proud, free and creative. For the first time Americans could learn of the black experience in movies, plays and books told by people who lived it. Paul Robeson even broke the color barrier and played a lead opposite a white actress. Many of the successful black artists and writers distinguished themselves with academic excellence before their historic contributions to the arts.

4 The Lost Generation The label Lost Generation referred to a generation of writers who came into their own after WW1. They were expressing their horror at the death and destruction from the war and their scorn for superficial middle-class consumerism. Important Writers of the LG Ernest Hemmingway- A Farewell to Arms F. Scott Fitzgerald- This Side of Paradise, The Great Gatsby Sinclair Lewis- Main Street *A frequent target of their disillusionment were Republican politicians, Fundamentalist Christians, rural southerners and residents of small towns and many other Americans

5 The Visual Arts Painting was mainly about cities and industrial sites. Some of it depicted the loneliness- some glorified it Photography was much improved and often depicted airplanes, skyscrapers and crowded streets Murals were popularized by Mexican artists (Orozco, Siqueiros and most notably Diego Rivera and his wife Frida Kahlo) as a way for the masses to see workers problems with industrialization Architecture really emerged at this time. Several styles became very popular: Frank Lloyd Wright developed the prairie style with rectangular shapes and clean horizontal lines Sullivan- Wright’s teacher- emphasized that every part of a building had a purpose Form and function were very import and skyscrapers became art themselves- The Empire State Building and the Chrysler Building are prime examples- their lean styles emphasize their height 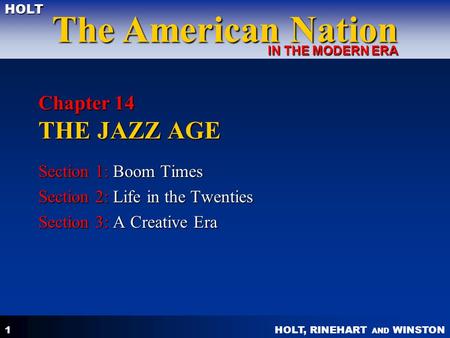 The American Nation In the Modern Era 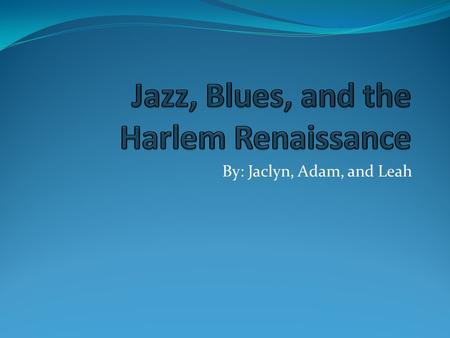 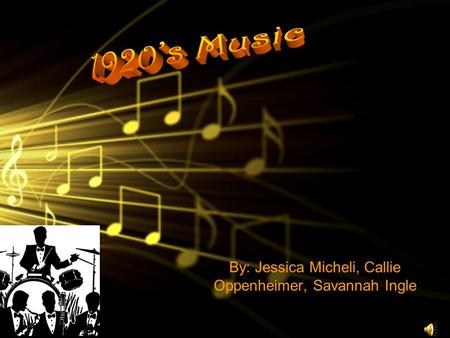 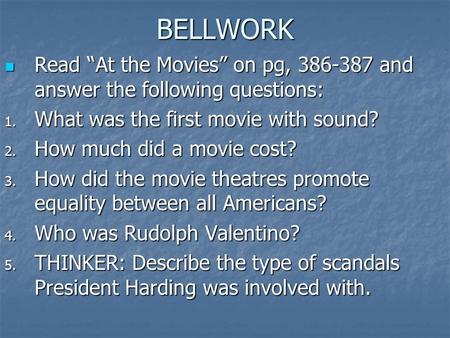 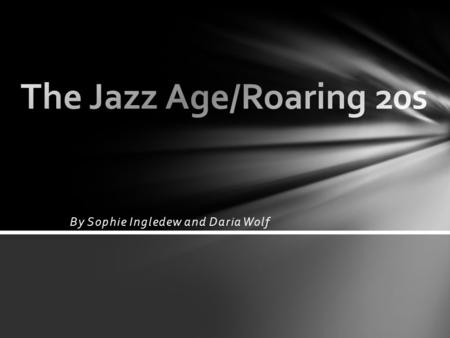 By Sophie Ingledew and Daria Wolf. ♫ Jazz originated around 1895 in New Orleans ♫ Originally it was a mixture of blues and marching band music ♫ Usually.