3 1) Begging the Question Assumes in the premise what the arguer should be trying to prove in the conclusion Ex: Unfair and shortsighted legislation that limits free trade is a threat to the American economy.

5 2) Argument from Analogy – Ex:
The overcrowded conditions in some parts of our city have forced people together like rats in a cage. Like rats, they will eventually turn on one another, fighting and killing until a balance is restored. It is therefore necessary that we vote to appropriate funds to build low-cost housing.

7 Personal Attack – Ex: The public should not take seriously Dr. Mason’s plan for improving county health services. He is a former alcoholic whose wife recently divorced him.

8 4) Hasty or Sweeping Generalization
Jumping to a conclusion, when a conclusion is reached on the basis of too little evidence.

9 i.e. Hasty or Sweeping Generalization
Sam is riding her bike in her home town in Maine, minding her own business. A station wagon comes up behind her and the driver starts beeping his horn and then tries to force her off the road. As he goes by, the driver yells "get on the sidewalk where you belong!" Sam sees that the car has Ohio plates and concludes that all Ohio drivers are jerks.

10 5) False Dilemma (Either/Or Fallacy)
This fallacy occurs when a writer suggests that only two alternatives exist even though there might be others. Bush:

11 7. Red Herring A Red Herring is a fallacy in which an irrelevant topic is presented in order to divert attention from the original issue. The basic idea is to "win" an argument by leading attention away from the argument and to another topic.

13 8. Misleading Statistics
Although statistics are a powerful form of factual evidence, they can be misrepresented or distorted in an attempt to influence an audience.

14 Example: Misleading Statistics
Women will never be competent firefighters; after all, 50 percent of the women in the city’s training program failed the exam (Only 2 women were in the program)

15 9. Post Hoc Ergo Propter Hoc (After This, Therefore Because of This)
A Post Hoc is a fallacy with the following form: A occurs before B. Therefore A is the cause of B. CORRELATION DOES NOT IMPLY CAUSATION!

16 9. Post Hoc Ergo Propter Hoc (After This, Therefore Because of This)
Jane gets a rather large wart on her finger. Based on a story her father told her, she cuts a potato in half, rubs it on the wart and then buries it under the light of a full moon. Over the next month her wart shrinks and eventually vanishes. Jane writes her father to tell him how right he was about the cure!

17 10. Non Sequitor (It Does not follow)
This fallacy occurs when a statement does not logically follow from a previous statement. 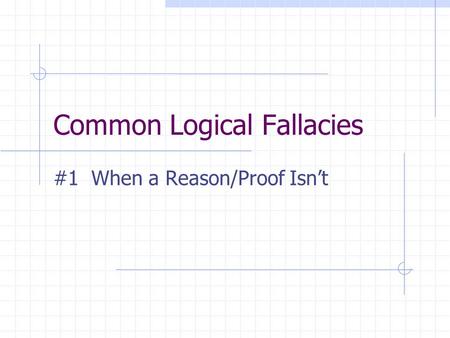 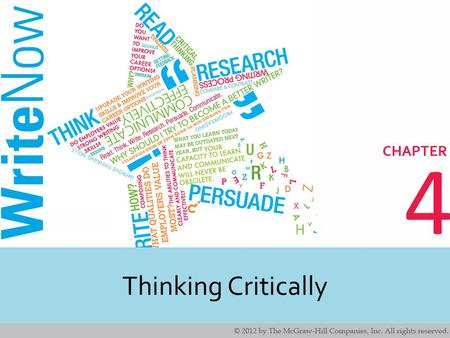 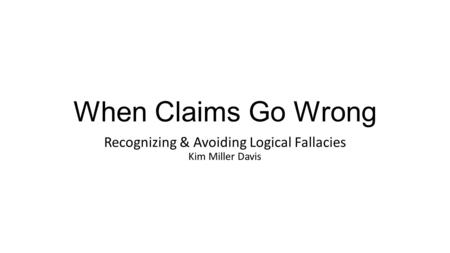 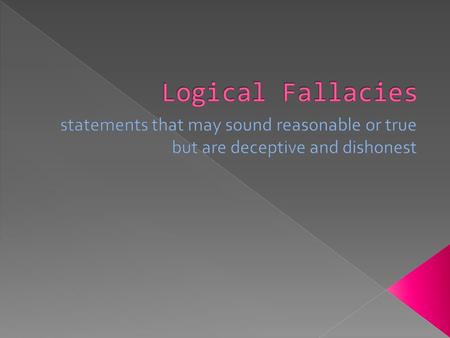  (logos)  assumes in the premise what the arguer should be trying to prove in the conclusion  asks readers to agree that certain points are self-evident. 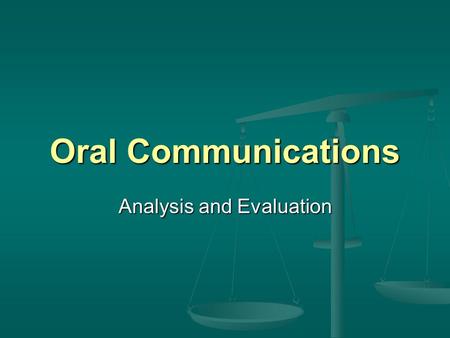 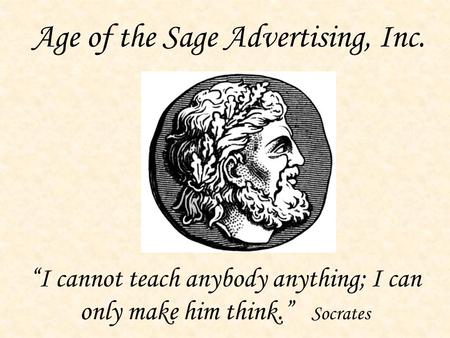 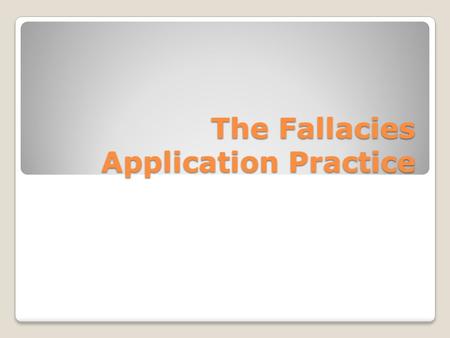 The Fallacies Application Practice. Begging the Question The unfair and shortsighted legislation that limits free trade is a threat to the American economy. 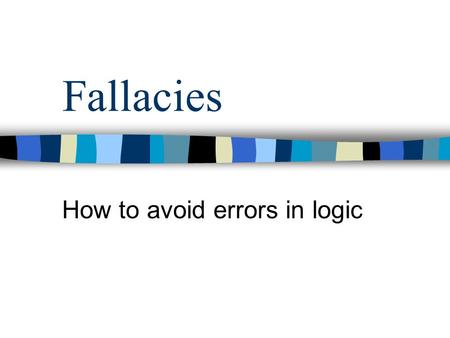 How to avoid errors in logic 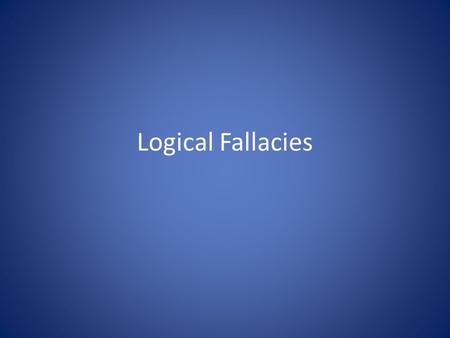 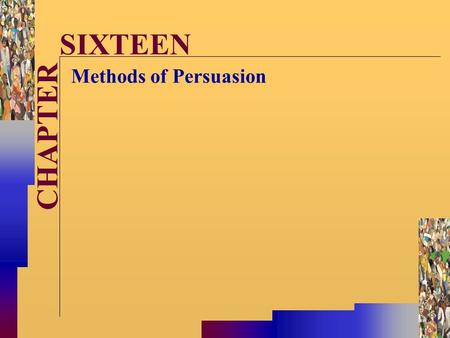 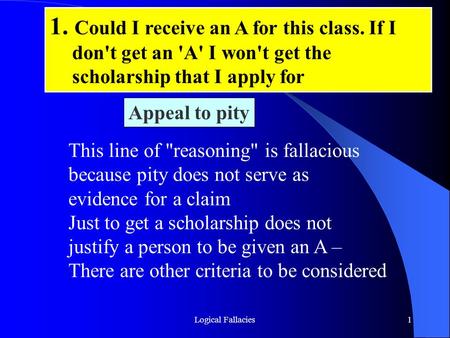 Logical Fallacies1 This line of "reasoning" is fallacious because pity does not serve as evidence for a claim Just to get a scholarship does not justify. 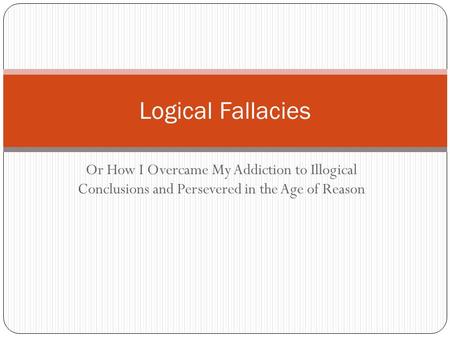 Or How I Overcame My Addiction to Illogical Conclusions and Persevered in the Age of Reason Logical Fallacies.