Presentation on theme: "+ Pablo Picasso Noor Salem 7e. + Who is Pablo Picasso? He was a Spanish painter, designer, and sculptor, 1881-1973. He is best known for co-founding the."— Presentation transcript:

2 + Who is Pablo Picasso? He was a Spanish painter, designer, and sculptor, 1881-1973. He is best known for co-founding the Abstract movement and for the wide range of styles represented in his work. He is Considered one of the greatest artists of the 20 th Century.

3 + An example of his Artwork

4 + About His Artwork The drawing is called: Flowers in a Grey Jug and Wine-Glass with Spoon. It was created in 1908 Subject: The drawing is a still life drawing I think the reason the artist chose to draw this was because he found the colors fascinating. It might have also been a metaphor to something that has happened in his life. Medium: The drawing is an oil on canvas Oil paint was used

5 + Why did I choose this artwork? I chose this because: I like the contrast of the color. I like the shading and how it makes the whole piece look 3D. I like how its calm and peaceful and not that its too colorful and bright.

Download ppt "+ Pablo Picasso Noor Salem 7e. + Who is Pablo Picasso? He was a Spanish painter, designer, and sculptor, 1881-1973. He is best known for co-founding the." 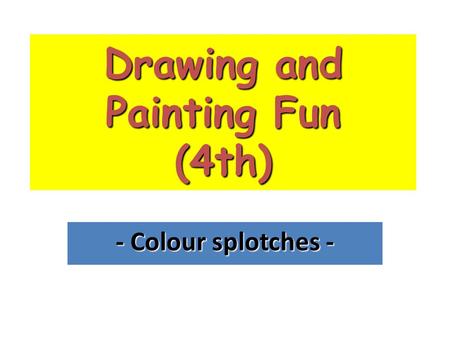 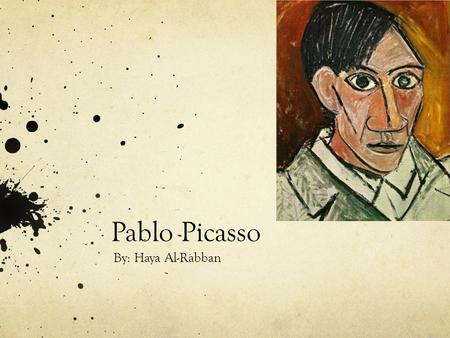 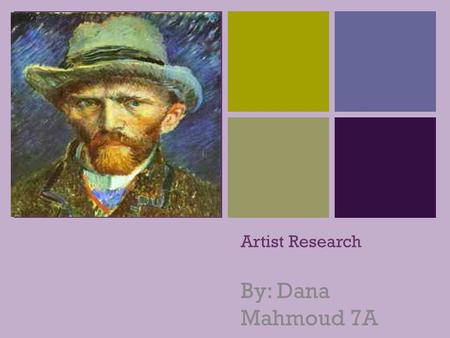 + Artist Research By: Dana Mahmoud 7A. + Who is the artist? The Artist that I chose is Vincent Van Gogh because he is one of my favorite artist and I.