Precipitation & Storms. Target #24- I can identify the different types of precipitation Any moisture that falls from the air to earth’s surface is called.

Presentation on theme: "Precipitation & Storms. Target #24- I can identify the different types of precipitation Any moisture that falls from the air to earth’s surface is called."— Presentation transcript:

2 Target #24- I can identify the different types of precipitation Any moisture that falls from the air to earth’s surface is called precipitation – Liquid form Rain – Small drops are referred to as drizzle – Northeastern colloquialism= “It’s spitting outside” – If the temperature of the rain is below 32o F, but it is still liquid, it is called freezing rain – Frozen forms Snow Sleet Hail

5 Target #27- I can list the types of severe weather Severe weather is weather that may cause property damage or loss of life – Can include: Large quantities of rain Lightning Hail Strong winds tornadoes

6 Target #28- I can describe how a heavy storm develops A heavy storm that is accompanied by rain, thunder, lightning, and strong winds is known as a thunderstorm – Develop in three stages Cumulus stage: warm, moist air rises, the water vapor condenses to form a cumulus cloud Mature stage: condensation continues as the cloud rises and becomes a dark cumulonimbus cloud – Torrential rain or hail may fall – Severe winds usually occur Dissipating stage: strong downdrafts stop the air currents from rising – The decrease of available water vapor causes the storm to die

7 Target #29- I can state how lightning & thunder forms During thunderstorms, lightning can form – Lightning occurs when clouds discharge electricity Visible as a strike of light – The released electricity heats the air, and the air expands rapidly producing thunder

8 Target #30- I can explain how Doppler radar is used to study weather patterns – Doppler Radar Measures the intensity of precipitation – Can also measure wind speed, direction, and intensity Commonly used for communicating weather forecasts Works by bouncing radio waves off rain or snow – By timing how long the wave takes to return, meteorologists can detect the location, direction of movement, and intensity of the precipitation

9 Target #31- I can state how scientists use satellite images to study weather activity Scientists can also study satellite images of weather activity – By determining the location of storms, scientist can calculate the speed of wind, the rate at which storms moving, and the direction weather is travelling – Scientist can also learn more about how storms form and the factors that influence their movement.

Download ppt "Precipitation & Storms. Target #24- I can identify the different types of precipitation Any moisture that falls from the air to earth’s surface is called." 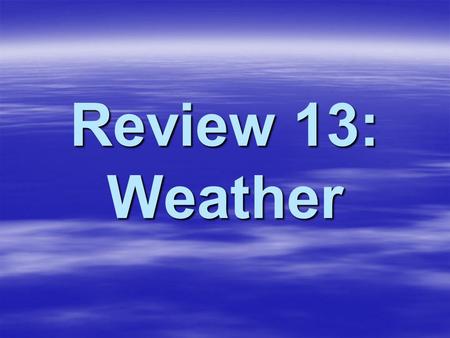 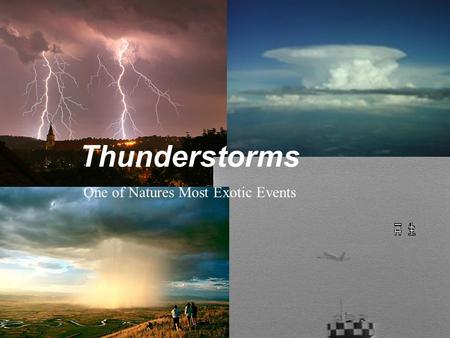 Thunderstorms One of Natures Most Exotic Events Unlike ordinary rain storms, thunderstorms have a delicate balance of airborne water vapor that is whipped. 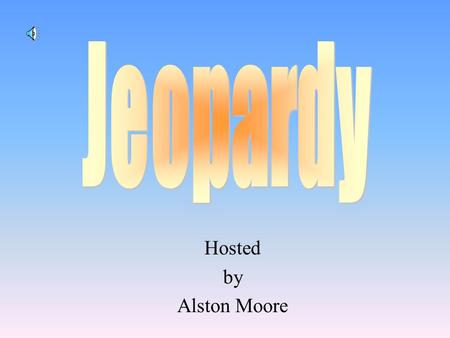 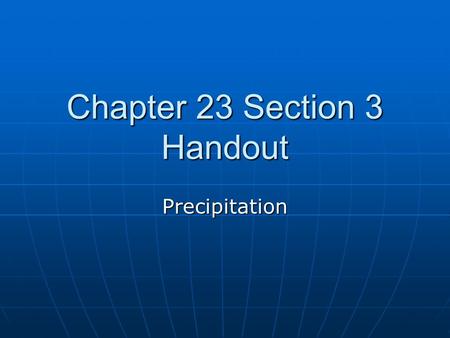 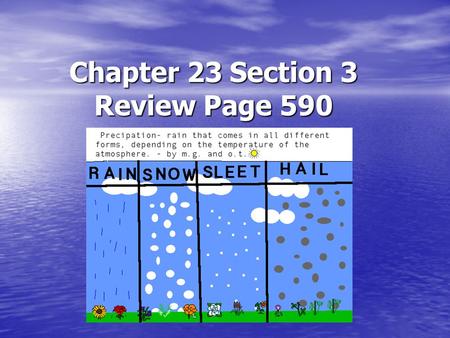 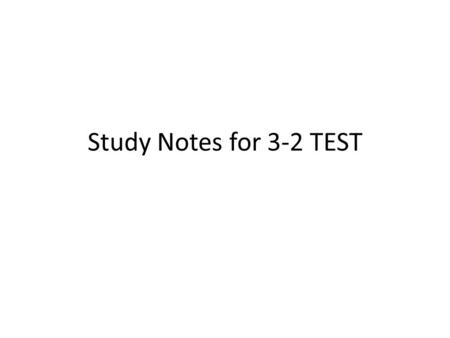 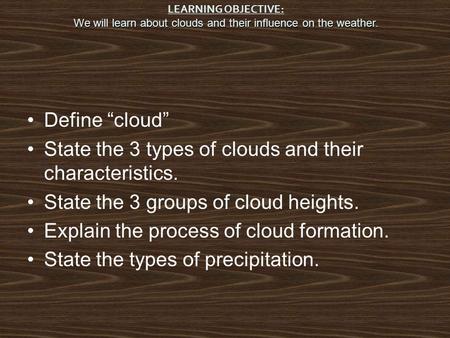 Define “cloud” State the 3 types of clouds and their characteristics. State the 3 groups of cloud heights. Explain the process of cloud formation. State.