3 Overproduction  Due to: New and more land being developed New machinery that allowed farmers to farm more land, faster

10 Quickwrite: Do think city dwellers would be gold bugs or silverites? Explain.

11 When laborers had problems…

12 When farmers had problems…

20 Election of 1896  Who were the candidates?  Reading: A Voice for the Farmers  What were the results? How do they show the continued regionalism of the U.S.? 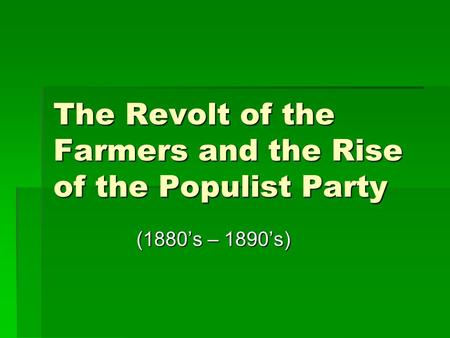 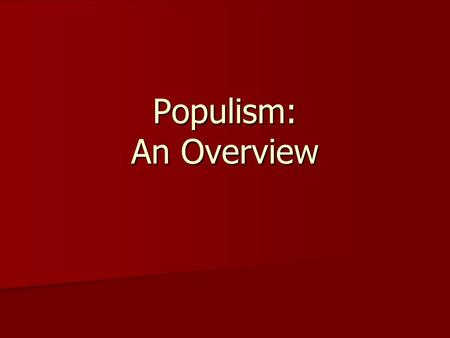 Populism: An Overview. Populism A general definition: A political philosophy supporting the rights and power of the people in their struggle against the.