2 Worlds Colliding in North America In the mid-1700s, these groups struggled for control of North America. The British The French The colonists The American Indians

4 IMPERIALISM In 1740s, both French and English interested in Ohio River Valley The river gave the French quicker access to the Mississippi River, which led south to Louisiana & had rich, fertile soil. British fur traders and land speculators also claimed territory in the region

5 IMPERIALISM -the practice of extending the power, control or rule by one country over areas outside its borders -(Example: France wanted to extend its control of the fur trade in the New World, British wanted to secure more land in the New World)

6 FRENCH & INDIAN WAR French built Fort Duquesne to block British claims to the region In 1754, Governor of Virginia called on a young George Washington to expel the French with a militia army  Washington & his militia set up an outpost 40 miles away from Fort Duquesne called Fort Necessity Washington met resistance and was forced to surrender This is the beginning of the war

7 FRENCH & INDIAN WAR Representatives from the colonies met at the Albany Conference in June 1754 -Benjamin Franklin proposed the Albany Plan of Union – called for the colonies to unite under one federal government -Plan was rejected, but effort proved that colonies were beginning to consider uniting for common defense

8 FRENCH & INDIAN WAR One year after his defeat, Washington heads into battle again, but this time as an aide to the British to drive the French out of the Ohio Valley. The French & their Native American allies ambushed the British causing them to flee. Washington showed courage, but weaknesses in the British army caused many colonists to question their competence.

10 FRENCH & INDIAN WAR William Pitt, a British politician, sent troops to North America & took over control of the British troops  They began winning battles & the Iroquois decided to support them.  The Iroquois were also interested in fighting rivals Native tribes that were fighting with the French Quebec seized by the British in 1761 – turning point of war in North America

11 TREATY OF PARIS, 1763 War finally ended in 1763 with the Treaty of Paris French power eliminated in North America Spain surrendered control of Florida in exchange for Cuba and the Philippines  (because Spain entered the war late to try to help the French) French gave control of New Orleans and all of western Louisiana to Spain

15 PROCLAMATION OF 1763 British could not afford another war Solution: Proclamation of 1763  Prohibited westward expansion beyond an imaginary line extending along the crest of the Appalachian Mountains This enraged farmers and land speculators who wanted to expand in search of more land 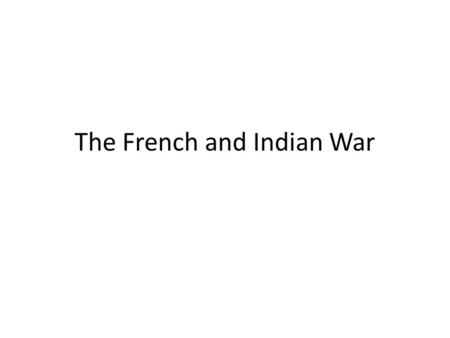 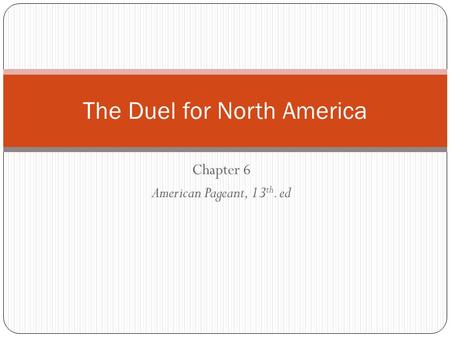 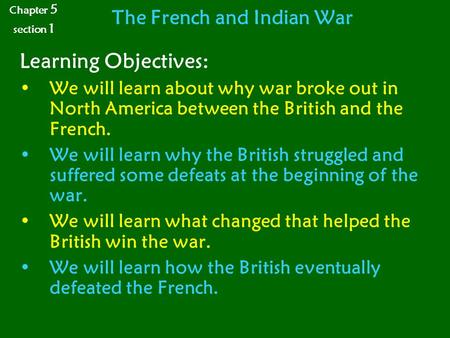 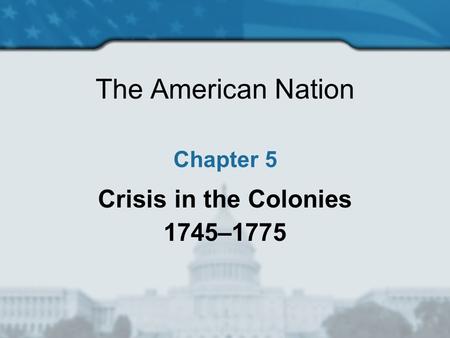