Presentation on theme: "10/5 Do Now: Translate this from Act I, Scene I “Thou told’st me/Thou didst hold him in thy hate.” Hold onto your freewrites. I will come around and stamp."— Presentation transcript:

1 10/5 Do Now: Translate this from Act I, Scene I “Thou told’st me/Thou didst hold him in thy hate.” Hold onto your freewrites. I will come around and stamp them.

2 Goals How do I translate Elizabethan English into something I can understand? What is a close reading of a text and how do I do one so I can be ready for my presentation assignment?

3 Translate Shakespeare – Modern English Despise me/If I do not. Three great ones of the city,/In personal suit to make me his lieutenant/…/Evades them with a bombast circumstance (I.i.8-14) Our English IAct 1 iScene 1 8-14Lines 8 through 14

6 “The Moor” – Reference to Othello Term Used (include citation) Aspect of Othello Spoken by?What does this say about the speaker?

7 Presentation Exemplars Summary from Act I.i: Roderigo and Iago are talking about Othello, how neither like him nor think he deserves respect. Iago is especially mad because Cassio was chosen over him for the position of officer. They decide to get back at Othello by telling Desdemona’s father that she has secretly married Othello. At first her father, Brabantio refuses to listen to them, but is eventually convinced and decides to check and see if his daughter is home or not. When he discovers she is gone he is furious and sets off with his servant to find them.

8 Summary continued… Roderigo – A friend of Iago’s who is in love with Desdemona. Iago – A man who was hoping to become an officer in the army under Othello but was passed over for the position. He knows of Othello’s secret marriage and obeys him only because it is his job. Brabantio – Desdemona’s father, who knew nothing of her marriage to Othello and is not pleased when he finds out.

9 Presentation Exemplars Summary Act I.i: Iago and Roderigo express their mutual hatred for Othello. Othello has crushed both men’s dreams; Roderigo’s by marrying his love, Desdemona, and Iago’s by giving Michael Cassio the lieutenancy that Iago wanted. Both men seem to be bitter and jealous of Othello’s power and success. At Iago’s suggestion, he and Roderigo awake Brabantio, Desdemona’s father, to warn him that his daughter and Othello are having sex by saying that “they are making the beast with two backs” (I.i.130). As were their intentions, this enrages Brabantio, so in a state of mingled excitement and anger Brabantio and his men follow Roderigo to find Othello.

10 Quotations from Act I.i “I follow him to serve my turn upon him.” (I.i.45) Iago shows how he sees himself as superior. His comment suggests that he plans to betray Othello, and that he is not really Othello’s obedient servant. “I will hold my heart, upon my sleeve for daws to peck at. I am not what I am.” (I.i.70-71) Iago explains how he will secretly appear to be loyal but really is not. This shows his true nature as the antagonist of the play. “What a full fortune does the thick-lips owe/If he can carry’t thus” (I.i.72-73) Shows Roderigo is racist, doesn’t want Othello to have Desdemona “An old balck ram/is tupping your white ewe,” (I.i.97) Shows Iago is racist, protective of Desdemona; harsh “O heaven! How got she out? O treason of the blood! Fathers, from hence trust not your daughters’ minds…” (I.i.191-196) Brabantio explains how Desdemona has betrayed the family by eloping with Othello and says that one cannot trust his daughter

11 Homework In the “Getting Started” packet complete one question from “Act I, Scene 1: Activities” and from “For the next scene…”.

Download ppt "10/5 Do Now: Translate this from Act I, Scene I “Thou told’st me/Thou didst hold him in thy hate.” Hold onto your freewrites. I will come around and stamp." 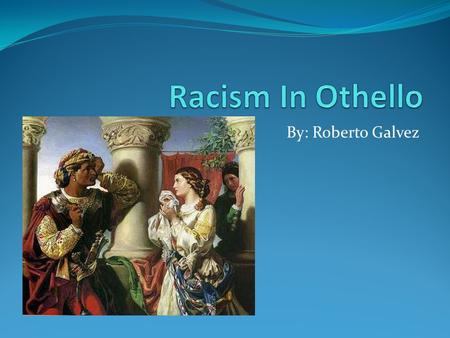 By: Roberto Galvez. Quotes I am one, sir, that comes to tell you your daughter and the Moor are {now} making the beast with two backs. (I.i Page 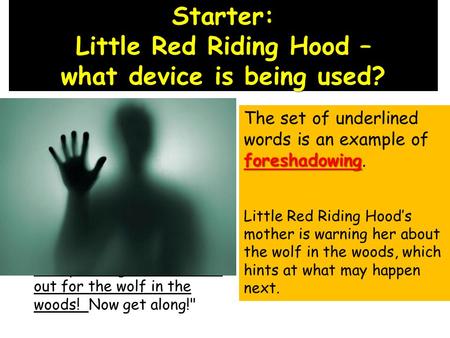 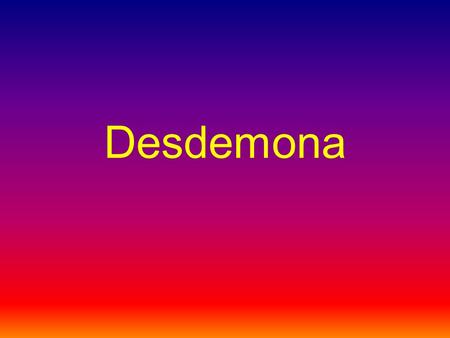 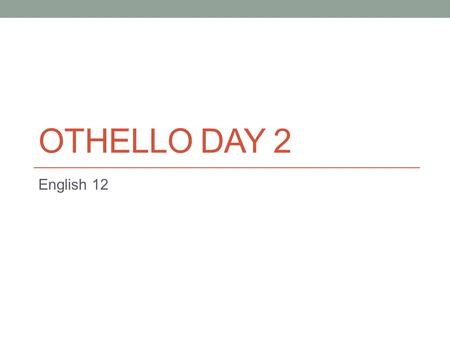 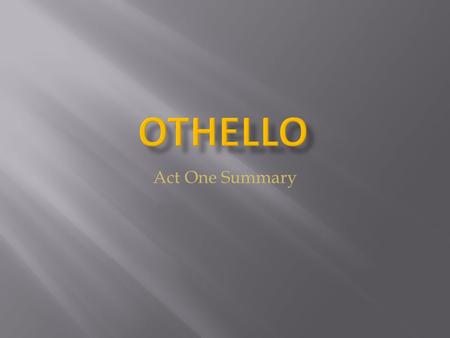 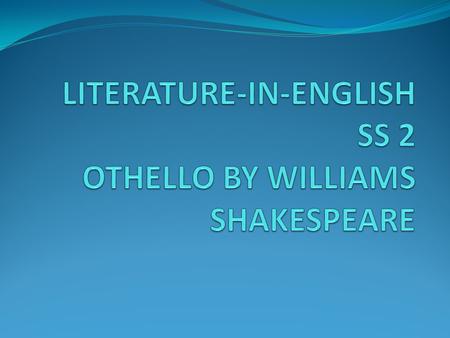 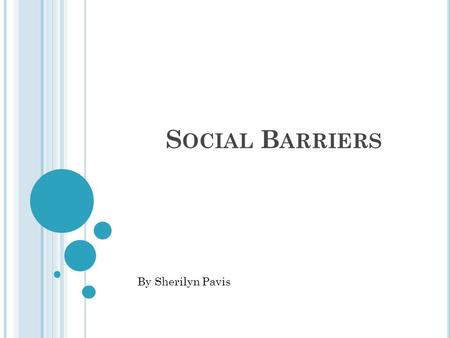 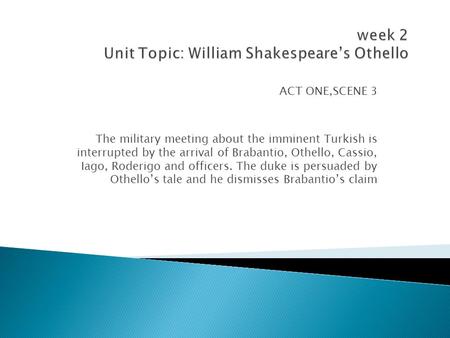 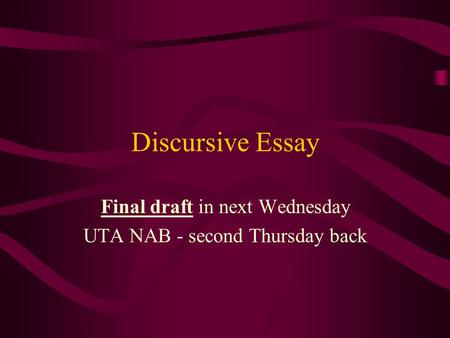 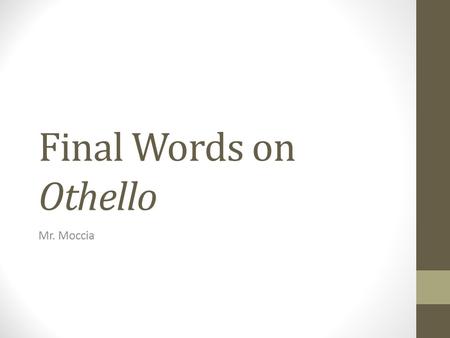 Final Words on Othello Mr. Moccia. Back to Shakespeare’s “Greatness” What were the FOUR aspects of Shakespeare’s plays that made them great?