2 Cycles of Matter The biosphere contains a fixed amount of water, carbon, nitrogen, oxygen, and other materials required for life. These materials are cycled through the biosphere and used by many different organisms.

3 Water Cycle A model that describes how water moves from the surface of the earth to the atmosphere and back to the surface again.

5 Water Cycle Processes that “subtract” water from the air. Condensation
Occurs when water vapor changes to a liquid. Clouds When water vapor cools, it condenses on tiny particles of matter (like dust) in the air and forms tiny droplets. Precipitation Eventually the “cloud” droplets become so heavy that they fall to the earth as precipitation.

7 Nitrogen Cycle Nitrogen Cycle
A model that describes how nitrogen moves from the atmosphere to the soil to living organisms and back again.

12 Carbon Cycle Carbon Cycle
A model that describes how carbon moves from living to non-living things.

13 Carbon Cycle Carbon Cycle
Carbon is located in humus in the soil and as part of carbon dioxide in the atmosphere.

16 Carbon Cycle Affects on the cycle by humans:
Carbon dioxide is released into the air when humans burn fossil fuels (gas, coal, oil, etc), which are the remains of once-living organisms. Use of trees for fuel or for building reduces the number of plants that remove carbon dioxide from the air. 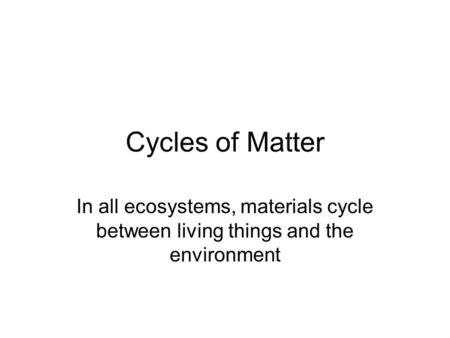 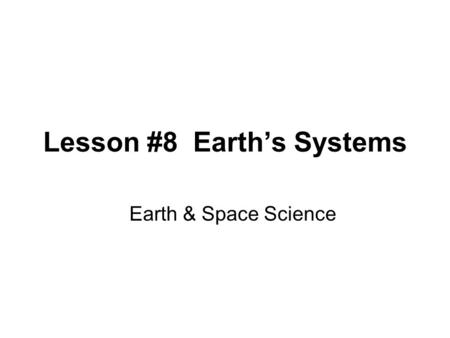 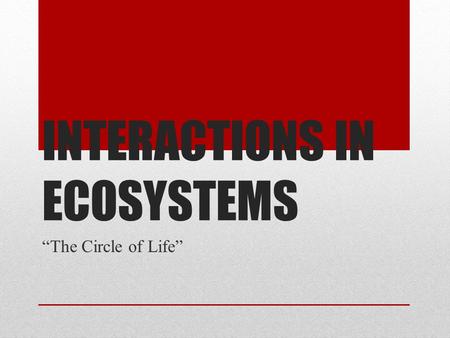 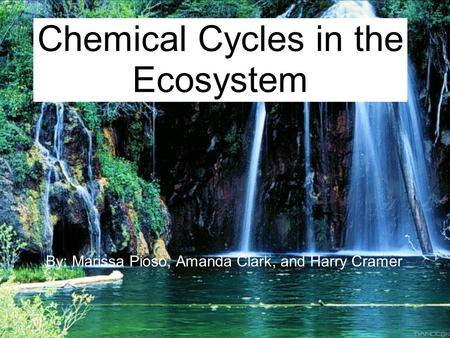